Bankole Ayoade
A major challenge confronting the nation in the face of the pervasive insecurity across the country is the looming food insecurity.

With the clash between herdsmen and farmers which is resulting in people who ordinarily depend on subsistent farming to feed and cater for themselves being afraid to go to the farm, it is obvious that a greater problem is really in the offing a situation that has been worsened by the scourge of insurgency.

Since the attacks escalated, hundreds of Nigerians have been killed, some in their farms, with thousands of households in North-east and North-central displaced and their farmlands and their livelihoods completely destroyed.

However, in spite of the activities of these criminals and saboteurs, President Muhammadu Buhari has made self-sufficiency in food production a major plank of his economic policy.

He set a clear direction with his declaration that Nigerians must produce what they eat as well as consume what they produce. To demonstrate the seriousness of the policy, he backed it with substantial budgetary allocation to agriculture from N8.8 billion in 2015 to N46.2 billion in 2016; and N103.8 billion in 2018. Agriculture within this period, grew by 14.27 per cent in 2018.

From the perspective of the Central Bank Governor, Godwin Emefiele, Nigeria’s huge monthly food import bill of $665.4 million as at January 2015 was not sustainable.
Through a well-articulated policy, this was reduced to $160.4 million as at October 2018.
He said the reductions in food import were recorded on rice, fish, milk, sugar and wheat, and added that the policy would be maintained.

Perhaps, this informed the directive by President Muhammadu Buhari to the Central Bank of Nigeria (CBN) to stop the sale of Forex to food importers. Rather such importers should source for Forex from the parallel market. In the opinion of the president, Nigeria is now self-sufficient in food production.

Following up on the President’s commitment to not only reviving agriculture, but also ensuring that the nation attains self-sufficiency in food production, Emefiele through a conscientious policy drive, took the president directive a step further and generated subsequently 1.132,260 million jobs in the agricultural sector with a pledge to create millions more in the next five years.

At the core of the policy that made the success so far achieved possible is the Commercial Agricultural Credit Scheme. The scheme incentivised operators in the sector and gave them the needed push they required to actualise their potentials and enable agriculture to regain its key player role in the nation’s economy. Besides, the policy is part of the initiative of the Central Bank to diversify the economy away from the hurtful dependence on oil and gas.

The policy drew attention to that fact that before the discovery of oil, agriculture was the mainstay of the economy in terms of revenue generation and creation of job opportunities.
But with oil, over the years, the sector’s relevance in economic calculations diminished. It gave rise to a sad development in which the country that used to be a net exporter of agricultural produce became an importer of most of the crops it used to export. What followed was a displacement of rural farmers who stayed on for the simple reason that they have to feed their families.

Young men and women who used to find fulfilment in farming, due to lack of incentives, not only abandoned the farms but also, actually, developed loathsome attitude towards agriculture as a whole. The resultant fallout was a mass drift towards the city in search of insufficient or even non-existent white collar jobs.

In the cities, and with nothing meaningful to do to earn a decent living, anti-social behaviour and, in extreme cases, criminal tendencies began to manifest among the youth group posing, in the process, serious challenges to personal and national security. Nigeria began to assume an environment for the raising of educated and sophisticated criminals.

Emefiele, on assumption of office took a wise decision not to restrict his policies and functions to the traditional monetary and financial system stability issues. The starting point was the Anchor Borrowers Programme (ABP) that has made the country almost self-sufficient in rice production and also scaled down considerably the foreign exchange hitherto spent on food importation.

Since the introduction of that programme, 255 private organisations and 14 state governments have participated in it. The interesting part of it is the creation of a large group of small holder farmers. The agricultural policy also created opportunities for investors to delve into adding value to the products thereby enhancing the agro-processing capability of the country which received further boost with the cap on official foreign exchange access to 41 and later 43 items.

For the CBN, it is not all about big business as it initiated the Agric-business Small and Medium Enterprises Scheme designed and channelled towards not just the creation of employment opportunities among the youth but also giving a boost to the managerial capacity of agri-businesses.
We recall also the role the bank is playing in trying to revive the moribund textile industry through the rejuvenation of cotton farming and the policy to ban the importation of textile materials.
This sector has the capacity to transform Nigeria’s rural economy and revive the textile and garment industries by creating over two million jobs, improve internal revenue across three tiers of government, reduce $4 billion import bill incurred annually on textile and apparel, safeguard and earn foreign exchange.

To demonstrate its seriousness in the actualisation of this policy, there is in place a restriction of foreign exchange to textile importers by the CBN which will, expectedly, boost the local textile industry, in terms of increase in production capacity. Currently, they are operating below 20 per cent.

It is important also to point out the policy on milk which is intended to encourage local production of milk and other milk products. It is meant to encourage backward integration with all the attendant benefits to all stakeholders.

The CBN has promised to generate a minimum of five million jobs within the agricultural sector before the end of the tenure of the present administration of Emefiele.
Nigeria is rich in animal husbandry and ought to be self-sufficient in dairy products. But that is not presently the case as the country import most of her needs in that sub-sector.

It is the thinking of the Emefiele that this situation ought to be reversed so as to take full advantage of the endowment that is presently literally wasting. In this connection that the CBN came out with a policy to restrict official foreign exchange availability to importers of milk.

It is not intended to ban out rightly the importation of the product. What the policy is envisaging is that businesses that must import milk, just have to look for other sources for their foreign exchange requirements outside the CBN.

Regardless of the negative reactions from beneficiaries of the old order, the CBN is forging ahead with its implementation. Just as was the case when the restriction was on 41 items.
Considering the achievements so far recorded in the last four years, and given the drive, zeal and commitment of the CBN towards making the policy a reality, we have every reason to believe that it is doable.

The Central Bank under Emefiele has set a trend in the diversification of the economy using agriculture as the fulcrum. What is essential now is for the apex bank to get to the point where it will be difficult to reverse without causing major hiccup in the nation’s economy. To that extent, the administration must necessarily put in place modalities for ensuring sustainability in the long term. 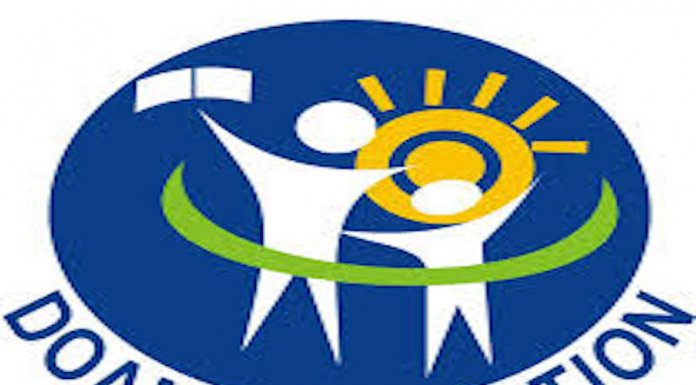