Against all odds, the Electoral Management Body, the Independent National Electoral Commission (INEC) has finally cleared and displayed a list of 23 out 49 candidates and their respective running mates of various political parties in Kogi State for the November 16th governorship election.

Prior to this time, INEC had supervised the governorship primaries of the political parties in Kogi State in accordance with provision of Electoral Act 2010 (as amended ) to prevent distractions or pre-election legal battles associated with the electoral process.

It is now crystal clear that the battle line has been drawn between the incumbent governor, Yahaya Adoza Bello of the All Progressive Congress (APC) and the Peoples Democratic Party flag bearer, Dr. Musa Wada

Meanwhile, in a twist of fate, at least eight candidates have voluntarily withdrawn from the race and drummed support for the incumbent governor Yahaya Bello, while 18 others were disqualified by the INEC for non compliance with electoral guidelines.

THISDAY checks however revealed that only 23 candidates will file out for the governorship election in Kogi on the 16th November 2019. The last may not have been heard as the the electoral umpire’s decision is subject to litigation by the affected candidates who wish to seek redress just like others are already in court over their displeasure on the conduct of just concluded party primaries in the state.

However, sequel to the successful conclusion of the party primaries, political gladiators in Confluence State have hit the ground running, gone back to their chess boards and trenches to strategize for the battle ahead.

With the political landscape already charged with a lot activities gearing towards the governorship on November 16th, 2019. All is set for battle of these gladiators. In fact the preceding weeks after the party primaries signified that all contending political parties are indeed getting ready for the battle of the “titans” who are willing to test their popularity and might as the day of reckoning draws nearer.

In fact it was a win-win situation for the ruling APC in the state as mass defection hit the camp of the PDP, ADC and other political parties with their loyalists dumping their membership to join APC in the last minute realignment of forces that is currently going on across the state.
It was indeed a gale of defection in the hitherto stronghold of PDP at weekend in Omola and Olamaboro local government areas in the eastern flank of Kogi state. It seems the coast is getting clearer for the ruling party as they received former political office holders ,ex- commissioner, council chairmen and secretary to local government and special adviser under the past administrations.

Earlier, the APC in Kabba, the headquarters of Kogi West Senatorial district was a beehive of political activities when the top echelon and the zonal executive of the party were busy receiving the defectors from other opposition parties making APC in the Senatorial district a new abode.

From the West Senatorial district, the the ruling APC has received more defectors in Kabba/Bunu council area of Kogi State as prominent members of two different parties including the PDP defected to the APC in the state .

The Director General, APC Bello/Onoja Governorship Campaign, Senator Smart Adeyemi while receiving defectors from other political parties , said Kogi state was moving closer to becoming a one-party state. He along with the Speaker of the state House of Assembly, Kolawole Matthew received over 1000 returning members of the Audu/Faleke Group who collapsed their structure from the ADC and moved to the APC.

The group was led by a community leader, Chief Emmanuel Olowodola along with all the executives of ADC in the council areas. Adeyemi at the ceremony disclosed that the recent defection of bigwigs of other parties to the APC was a measure of the growing confidence in the party.

He said that the coming of Chief Olowodola, few days to the governorship election was a big plus for the party. He described the former Post Master of the federation as an accomplished politician who would add great value to the party, “people are moving into our party because of the growing confidence in APC “This is the party to beat. This is the party that means well for the people. This is the party of development.”

In his remarks ,the speaker of Kogi State House of Assembly , Kolawole Olushola Matthew said the gale of defections in the Western senatorial district has turned the opposition party, PDP to a dead horse. “Tell me what remains of PDP; very soon, we will obliterate PDP from the state political map. He therefore promised that the defectors along with their teeming supporters, would be accorded all the rights and privileges of existing members.
Speaking on behave of the defectors , Chief Olowodola said he was delighted to be back in the fold of APC with his supporters. He pledged to do his best and mobilise members to improve the electoral fortunes of the All Progressive Congress (APC).

The politician noted he was confident that APC would win the November 16 governorship election in Kogi and urged party members to continue to work for the progress of the party.

Earlier, former Chairman, Kabba/Bunu Local government Council and former member Kogi State House of Assembly , Nathaniel Taiwo along with over 1000 PDP members defected to the ruing APC in Okebukun Kabba/Bunu council areas. They were welcomed into the party along with their supporters and followers, as Adeyemi handed over the APC broom to Mr. Ojo at the ceremony.

Meanwhile, the Speaker had also led a motorcade campaign rally which commenced at the party secretariat went round the town and ended at palace of Obaro of Kabba, HRM Oba Solomon Owoniyi to receive royal blessing.

In a related development, the Peoples Democratic Party (PDP), Kogi West stakeholders have entered into an agreement for the endorsement of the joint ticket of Musa Wada and Samuel Aro, as their choice for the Nov. 16 governorship election in the state.

At a stakeholders meeting held recently in Lokoja, PDP also vowed to ensure the reconciliation of all the aggrieved PDP members in the zone as a result of the out come of the recent party’s governorship primary election which didn’t go down well with some members.

The stakeholders, including party leaders, women and youth representatives, endorsed the Wada/ Aro ticket for November gubernatorial Election at a meeting of Kogi West PDP, chaired by the party’s zonal chairman, Sam Abenemi, in Lokoja.

The stakeholders described the occasion as “Confidence Building Meeting”, held that the party had won and lost elections, and learnt a lot of lessons. They maintained that the party must address grievances arising from the party primary and as well as embark on reconciliation of aggrieved members.

“Our party will not form a government of a few, whose responsibility will be to loot the state dry. When PDP governed the state, workers and teachers were building houses but the reverse is the case.

Mr Kola Ologbondiyan, PDP National Publicity Secretary, in his remarks urged all stakeholders of the party to put aside grievances arising from the primary election. He pleaded with them to form a formidable team, to ensure victory for the party and its flag bearer in the forthcoming election.

He said, “Our party will not form a government of a few, whose responsibility will be to loot the state dry. “When PDP governed the state, the economy was in good hands, workers and teachers built houses but reverse is the case now, ” he said.

He said the National Chairman of the party, Mr Uche Secondus, was committed to a genuine reconciliation process aimed at bringing all aggrieved party members on board, ahead of the election.

“Secondus said I should tell this house that the party will run on reconciliation and we have started. In PDP, we are sure and confident, we will achieve that unity. “Let us take this message back to our polling units, that the people have the responsibility to rescue themselves, ” he said.

In his remarks, Sam Bamidele Aro, running mate to the PDP governorship candidate , Musa Wada, expressed gratitude to the party’s stakeholders for the endorsement and promised not to betray the confidence reposed in him. “I assure you that I will be a good ambassador of Kogi West. I will not disappoint you. There is nothing for you to get at the other side. They will only give you promises and at the end, you will get nothing.

Among those present at the meeting include a former Deputy Governor Yomi Awoniyi, a former Deputy Chief of Staff to Vice President Atiku Abubakar, Prince Olusola Akanmode. Others include; a former member of House of Representatives, Sola Ojo and top party leaders from the West Senatorial District of the state.

Also speaking Akamonde has urged the the governorship running mate to ensure that he will promote principles that put something on the table for the the people of Kogi West, stressing that the people on the other side are already saying that power would be handed over to the Kogi West and the people are already buying the ideas and hence PDP must equally keep hope of the the area alive.

All is set for battle of these gladiators. In fact the preceding weeks after the party primaries signified that all contending political parties are indeed getting ready for the battle of the titans who are willing to test their popularity and might as the day of reckoning draws nearer

THANK YOU SO VERY MUCH 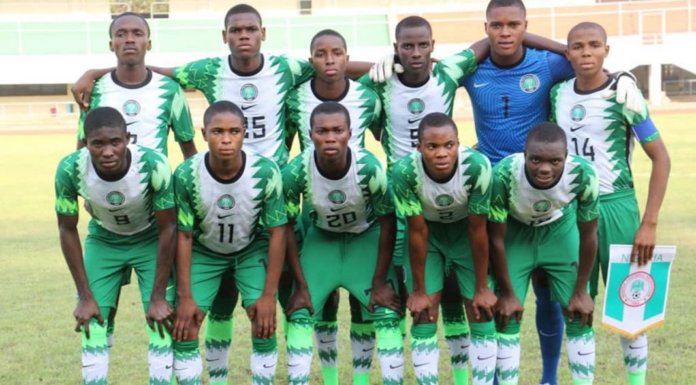