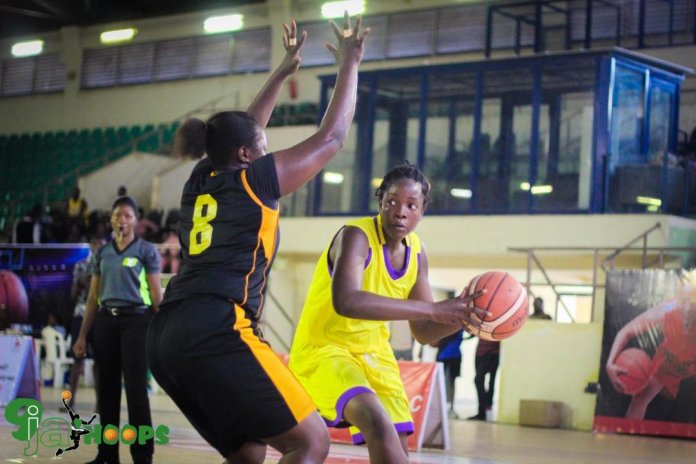 Zenith Bank Women’s League defending champions, First Bank of Lagos have qualified for the National Final 8 from the Atlantic Conference Centre in Ibadan after five wins.

Newly formed Air Warriors of Abuja proved to be the surprise package of the 2019 season after dispatching all oppositions with commanding display with five wins after five games.

The qualification of MFM of Lagos never came easy as they snatched a late victory against former champions, Dolphins on Match-day 5 to record their fourth win and a ticket to the Zenith Bank Women’s League Final 8 alongside Customs whose only loss was to Air Warriors in the Savannah Conference.

The battle for the last ticket in the Atlantic Conference will be between Delta Force of Asaba with eight points and Sunshine Angels of Akure with seven points from two wins.

Although Nigeria Army Amazons’ qualification is not yet guaranteed in the Savannah Conference, they enjoy a third spot in the Conference with Black Gold Queens on eight points and Plateau Rocks on the fifth spot hot on their heels.

Last placed Ogun Babes will battle Dolphins who will be hoping to bounce back after the harrowing loss to MFM.

First Bank will hope to continue their winning run when they face fourth placed Delta Force.

In the Savannah Conference 6th placed Taraba Hurricanes will hope to be the first team to record a win against Air Warriors while Nigeria Army will be desperate for a win over Adamawa Flames in their quest to book their National final 8 ticket.

Plateau Rocks will also hope to mount pressure on teams above who are still within touching distance with another win against Kaduna Angels who have only managed one victory in five games.

2018 Zenith Bank Women League bronze medalist, Customs will be up against Black Gold.