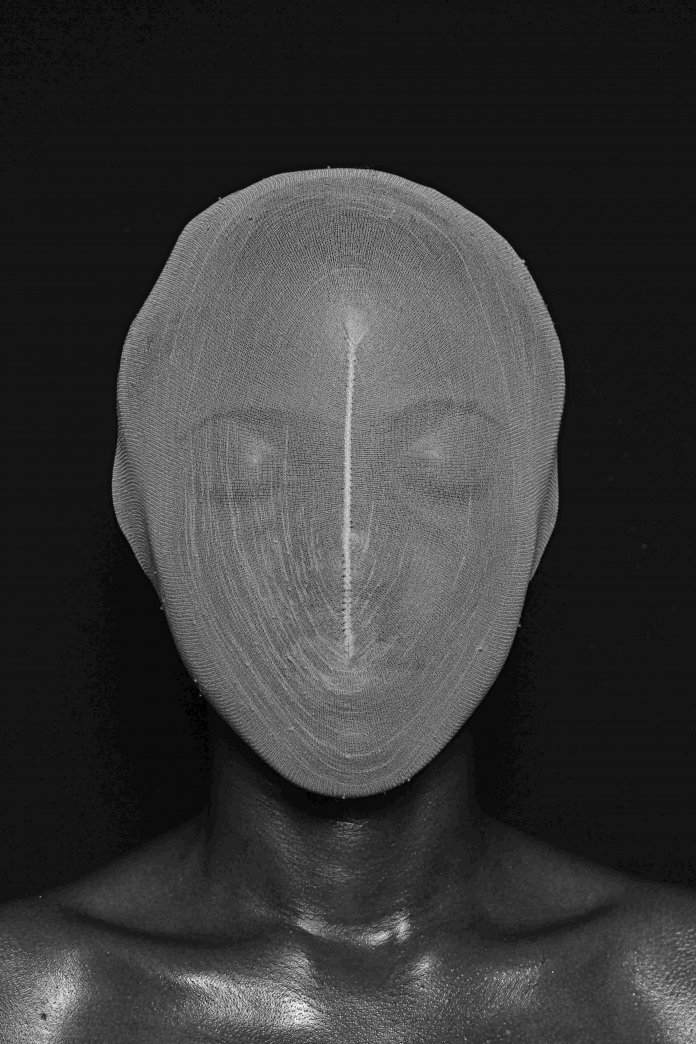 Born in 1996, Oladapo Ogunjobi is a multidisciplinary artist with a heart of gold. Inside his new studio at June Four Gardens, Osapa London, he recently self-curated his debut solo show, titled Ouverture: The Presentation of Being. Prior to this, this young artist with a passion for design has had two group exhibitions in Lagos and Abuja. His aim of having this closed solo exhibition is to address the notion of individuality within the context of possibilities, realities and what boundary is.

To put it in simple language, his works are pointers to the journey of life. At the preview of this show recently his charity piece, “Auwal’s Educational Fantasy” embodies an intriguing story. Auwal, the subject of this photographic work, is a commercial motorcyclist who used to be the gateman at the artist’s former studio. Ogunjobi and Auwal became friends. Oguunobi enjoys taking pictures while Auwal loves to pose. Ogunjobi’s love for photography caught his father’s attention who decidedly gave him a gift of a professional camera in 2013.

“Auwal is a nice person from Katsina,” the artist explained. “He is someone you will like to be with. He is ‘naïve’ and fun to be with. I met Auwal in early 2018. He speaks English quite fluently and he talks about a lot of things. But, one day he told me that he wished to go to school. He told me he had passed his S.S.C.E. [Senior Secondary School Certificate Examination] with nice credits and he even said he would like to do a part-time programme. I can’t afford to send him to school. I thought the best I can do is to invest my time and talent in him. I just took a picture of him in my graduation gown. Auwal is 22. If we can raise money for Auwal, we have another ‘okada’ man off the streets. Auwal had always said that he wants to work for the government. Time is the difference between our realities and fantasies. Auwal’s fantasy is to go to school while his reality is being an ‘okada’ man.’’

Meanwhile, Auwal had taught the artist how to ride a motorcycle.
The charity piece, which is the most expensive work at the show, was meant to be a surprise for Auwal who was expected to be at the opening of the exhibition later that day. The proceeds from the sale of this piece will be used to support Auwal’s tertiary education.

Ogunjobi introduces art connoisseurs to a new technique he developed and used in most of his works called S.A.I., which means Systematic Abstract Imaging. It involves the use of abstract images in a complex, if not disturbing pattern. It was appropriated in the making of what he called his most ambitious work yet, “The Nature of Being’’ which is not for sale.

“The body of works featured in this exhibition draws on human’s search or the purpose of existence, alongside the observations of the photographer on how humans navigate through life and dig deep into discovering the essence of our being,’’ he said. Other works at the show include, “Daydream’’, “Oju Aye”, “Migration’’, “Beautiful”, “Yetunde’’ and “Garri The Milky Way’’.
At press time, Ogunjobi revealed that the charity piece for Auwal was eventually sold for $2000.