Determined to bring down the nation’s burgeoning unemployment rate, the Central Bank of Nigeria (CBN) Governor, Mr. Godwin Emefiele alongside the Bankers’ Committee, yesterday, reiterated their commitment to transform the National Arts Theatre with a target of creating additional 20 million jobs in the country.

Emefiele and his counterparts on the project, said this in Lagos, during an assessment tour of the facility, alongside the Lagos State Governor, Mr. Babajide Sanwo-Olu; his Deputy, Mr. Obafemi Hamzat; Managing Director/Chief Executive Officer, Access Bank Plc; Mr. Herbert Wigwe; CBN Director of Corporate Communications, Mr. Isaac Okoroafor and other industry stakeholders.

Sharing same interest in seeing the theatre brought back to life, Sanwo-Olu also assured Nigerians that the seemingly dead National Arts Theartre would be resuscitated and converted to an incoming-generating edifice, just as Wigwe promised that the team would raise enough private funds to push through with the project.

Emefiele said the focus of the Bankers’ Committee was to develop skills in the creative sector of the economy, which he said was bristling with talent that must be properly harnessed to grow the economy and develop the country.

“About three years ago, we were at Peru and we saw what they had there. I can tell you that if this facility is developed, it will be an asset that will be ten times the kind of convention centre that we saw in Peru.

“That is the reason we said our youths need a chance. We need to give youths of this country a chance. That is why under our Creative Industry Financing Initiative, we said, for those who want to do fashion, those who are into movie, information technology and entertainment industry will get support and encouragement.

“We will build a hub around this art theatre, an edifice to accommodate them so that they can develop their God-given gifts.
“I can imagine what this place will look like in another two years. Every weekend if there will be something happening, it will be happening here. It will boost the tourism potential of Lagos State and Nigeria,” the CBN Governor explained.

Emefiele reiterated that Nigerians go out to different seminars, saying, there was a time within three months, when Nigerian businessmen were always flying to South Africa to attend seminars, because of the absence of a convention centre.

“This place can stand any world class convention centre you can think about. There is no need for anybody or the union to be afraid that they are going to be laid off.

“We will develop it for them to use and use for the good of their businesses and for their families. But the important thing is that with an asset of this nature going bad, I think our future will not forgive us, our generation unborn will not forgive us if we allow this go to waste,” he added.

The Lagos governor, who led others round the facility said, “What we have come to ascertain for ourselves is to also appreciate the extent of the asset. But I dare say that Mr. President has been gracious to give the go ahead to turn this dead asset into an income-earning state-of-the-art edifice.”

Sanwo-Olu, who put the size of the land on which the national theatre is sited at 30 acres, added: “What we have come to see is for us to be able to give the go ahead, working with all other stakeholders and our development partners, which is led by the Governor of the CBN, who are putting investments together to be able to do a first-of-its type entertainment, fashion, music, technology, movies and an all-around creative hub.” He said the initiative would transform the facility into a tourism destination in the country, an entertainment destination and a technology destination that everyone would be proud of.

On his part, Wigwe said the intervention was in line with the federal government’s vision of lifting 100 million out of poverty.

“The creative village that is being created, definitely, we would provide employment for at least a million Nigerians, who have skills in music, IT, movies, etc.

“We are beginning to think of the multiplier effects – one million direct youths – it may mean that we may have 20 million youths taken out and given proper jobs.

“Now, begin to imagine as well what this edifice would mean if we happen to develop the national theatre. We have been to several countries on the continent; none of them has an edifice like this.

“Now, ours is derelict, but we believe in two years, working under the auspices of the CBN Governor, we would be able to raise the requisite private sector funds to support and give this centre a proper facelift.

“So, today is just an assessment to see what is going on here and what we can create and fine-tune the design, so that actual work can begin. We are working with a body called SANEF, which is an institution that holds the interest of the entire banking.

“So, what we have here is the entire banking industry working with the Lagos State Government and the Federal Ministry of Arts and Culture, to ensure that we give grace to our country within the next two years,” he added.

In his contribution, Hamzat said: “We all know when this place was built, at least we were young. All sorts of musicians – the best of them were here. We are just trying to restore it again. I don’t think any Nigerian will be against it. So, it is a win-win for everybody. We want to raise it back to the level it was before and even better so that Nigerians can be employed.” 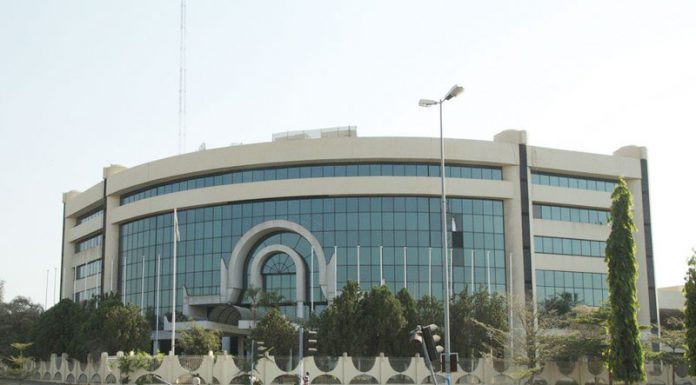