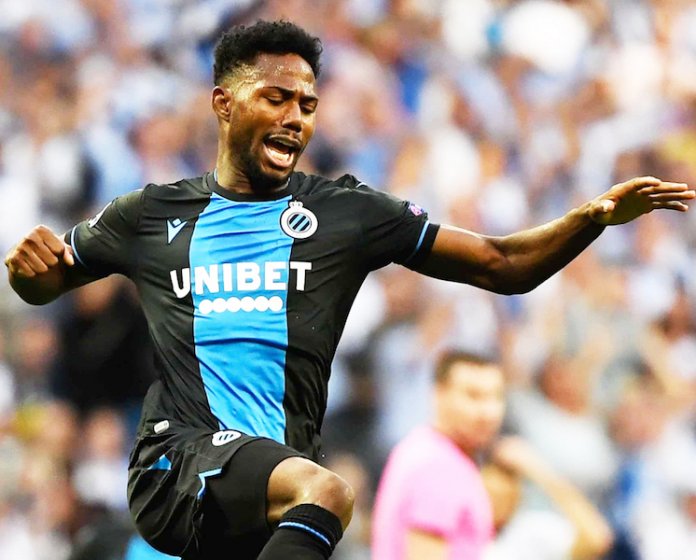 When Club Brugge visited Real Madrid at the iconic Santiago Bernabeu, many were expecting the Belgian side to return to their base with a basket full of goals. However, Nigerian striker, Emmanuel Dennis had other ideas as he not only stunned the Bernabeu faithful with a first-half brace, he also reminded them of their legend-Cristiano Ronaldo with his celebration

It’s Emmanuel Dennis’ world, we’re just living in it.  A star was born today following a memorable performance against Real Madrid in the Champions League.

The 21-year-old Dennis – the Club Bruges striker trolled the 13-time European champions for the full 71 minutes he was on the pitch.

Not only did he score a fortuitous double in earning his side a 2-2 draw, but he also marked the achievements with a move made famous at the Bernabeu – Cristiano Ronaldo’s iconic ‘Siii’ celebration.

It all started in the ninth minute when the Nigerian striker put Club Bruges ahead in a truly comedic fashion.

He couldn’t control a Percy Tau cross in front of goal, which bounced off his shin and rolled agonisingly past a helpless Thibaut Courtois in the Real Madrid net.

His second goal was almost as farcical when, despite stumbling into the Real area, he somehow managed to scoop the ball over Courtois to double his side’s lead. Then came the celebration.

No Nigerian had ever scored multiple goals against Real Madrid at the Santiago Bernabeu until Dennis arrived the Spanish capital with Club Brugge and on an amazing night, the Super Eagles forward grabbed a brace to help the Belgians claim a crucial point at the home of the most successful club in the Champions League.

He said after the match: “Yes, I did a Cristiano Ronaldo goal celebration when I scored. I’ve been a Cristiano fan forever and I was very upset when he left Madrid. So I decided that if I scored in the Bernabeu tonight that’s what I’d do,” Dennis said after the game.

“Everyone expected them to beat us easily. We prepared for them, we believed and we had a good feeling.

“We took the lead with two goals, and obviously it would have been better to have beaten them too. I am a little bit disappointed in a way, but also happy that we won a point against a big team.”

The Adamawa-born forward and Tau were constant threats for the hosts, with both stars linking up to open the scoring in Madrid.

Dennis disclosed Club Brugge’s game plan and how they were able to break Sergio Ramos and Raphael Varane’s defence.

“We train a lot, we train hard and we came here to make Ramos and Varane run,” he added.

“They are defenders – defenders don’t like to run! Most teams come here and play in a block, but we broke from the block and worked like mad.”

Dennis made history by becoming just the third Nigerian to score against Real Madrid in the Champions League. Dennis, with his brace, also became only the seventh player to score multiple goals in a Champions League away match against Real Madrid, after Alessandro Del Piero, Alexandre Pato, Klaas-Jan Huntelaar, Lionel Messi, Mario Mandzukic and Pierre-Emerick Aubameyang.

The 21-year-old, however, expressed his disappointment that Brugge could not earn a win despite his goals.

“The feeling would have been even better if we could have taken the three points home with us,” Dennis said after the match.

“Everyone expected Real to easily set us aside, but we prepared well and believed in our game. We believed we could pick something up here.

“When we were in front 0-2 it gave us a good feeling, but it was still in the back of our minds that such a top team could also straighten this out. I am slightly disappointed with this one point. But it is a good point because it was made in the Bernabéu. Real Madrid remains a big team.”

The Nigerian international also took time to relive his goals against former Chelsea goalkeeper Thibaut Courtois: “With the first goal, I wanted to control the ball so that the goalkeeper would lie down. But I missed my control so that my body was no longer in balance and I could work it in with my other foot.

“At the second goal, I checked the ball and wanted to make a decision right away, but I saw Courtois come out wild, so I decided to “chip” the ball. Which ultimately paid off.

“It is a shame that the goalkeeper turned out with a good save at the third chance. I didn’t want to shoot to that side but the goalkeeper drove me there. Whether I will have a tattoo placed since I scored here? I like to make jokes for the camera (laughs).”

Dennis was born on November 17, began his career at Accademia di Abuja, in Abuja.

In March 2016, Dennis signed with Ukrainian Premier League club, Zorya Luhansk and made his debut in a game against Olimpik Donetsk on July 24, 2016, where he scored the opener in a 3–0 victory.

In December, Dennis scored the first goal in a 2–0 win over Stal Kamianske and his performance attracted both Manchester City as well as some Bundesliga side, who were interested in signing him in the winter transfer window. However, he instead ended up staying with Zorya for the rest of the season, helping them to a third place in the league with his six goals in 22 league appearances.

In May 2017 Club Brugge signed Dennis on a four-year-deal for a fee of €1.2 million and was given the number 42 jersey shirt. He started the season extremely well, scoring five goals in six matches, including one on his debut against Istanbul Basaksehir and a brace three days later in the league against Lokeren.

His most memorable goals so far for the Belgian side remains his brace at the Santiago Berbabeu Stadium against Real Madrid in the group stage of the UEFA Champions League on Nigeria;s Independence Day.

Dennis has represented Nigeria in theU15 and U23 level.

His was senior team debut however came in last month’s 2–2 draw to Ukraine in an internanation al friendly when he came in as an 82nd-minute substitute for Samuel Chukweze. 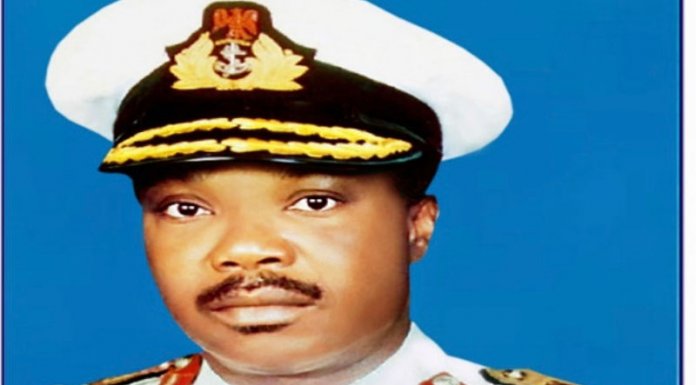 Stakeholders, Innovators, Others Converge on Lagos for ‘Food Revolution’