Telecommunications Companies (Telcos), under the aegis of Association of Telecoms Companies of Nigeria (ATCON), Thursday, raised the alarm over fresh plans by the Senate to impose nine per cent Communications Service Tax (CST) on telecoms operators and cable television service providers, which was previously suspended by the eighth National Assembly, following the outcry by telecoms operators and their subscribers.

The fresh plan is coming three days after Ghana increased its telecoms tax to nine per cent, up from six per cent.

Also nine years after MainOne, a Nigerian company, launched the berthing of its multi-million dollar submarine cable from Europe to Lagos to boost broadband connectivity in Nigeria, the broadband company, Thursday, announced that it had finally landed its submarine cable in Grand Bassam, Cote d’Iviore, which is the final leg of the ongoing expansion to reach Senegal and Cote d’Ivoire.

Ghanaian Finance Minister, Ken Ofori-Atta, had in July this year announced that the country’s telecoms tax would be increased from six per cent to nine per cent with effect from October 1, and the service providers were informed of the increase through text messages.

The service providers however said the increase would be applied to every recharge.

Reacting to the fresh plan by the ninth National Assembly to re-introduce telecoms service tax, the President of ATCON, Mr. Olusola Teniola, said telcos would reject it again because of the foreseen hardship it would create on telecoms subscribers.

In a statement released Thursday by ATCON, Teniola said: “It has been brought to our attention the re-emergence of nine per cent Communications Service Tax (CST) that was previously suspended by the 8th National Assembly during the intervention of ATCON NEC to the Senate President on November 8, 2016 whereby it was acknowledged by the distinguished senators that the growth of ICT is critical to the creation of jobs and reduction in youth unemployment. The Senate President agreed and assured ATCON and members at large that the tax would be set aside. In attendance at the meeting were the Senate President of the eighth National Assembly, Bukola Saraki, the then Chairman of the Senate Committee on Communications, Senator Gilbert Nnaji and Senator Solomon Adeola Olamilekan respectively.”

According to Teniola, ATCON had then recommended to government that the tax base of the country should be widened to include more tax payers.

It was noted that only 13 million out 70 million were contributing to the tax revenue of the federal government. Since 2016, Nigeria has undergone a recession and experienced low GDP growth rate coupled with government recurrent expenditure that now exceeds oil revenue.

“Therefore we understand that measures to shore up government income in the way of taxes should be explored”, Teniola said.

He however explained that government needed to also consider a reduction in the cost of governance that will fit within the new government revenue generated through taxes and oil receipts.

“It is inconceivable that a CST Bill of nine per cent that was put aside, which is a direct copy of Ghana’s CST is now being pushed through the National Assembly without due consultation with all stakeholders and it is especially targeted at the telecoms and ICT sector. The impact of the adoption of nine per cent CST bill is that it is a double tax on voice, SMS, and data service as five per cent VAT already applies on these services. This represents an additional burden when applied to a subscriber base of 173 million,” Teniola said in statement.

He further said if the passage of the bill went through, it would negatively impact Nigerians and foreigners that use these services.

“The implementation of this CST Bill would take the affordability of data services out of the reach of the citizenry. Therefore, ATCON recommends that government reconsiders the passing of the bill, as it would add to the burden of the already suffering Nigerians. It is deemed as an additional multiple tax, loss of revenue to the industry and can lead to loss of jobs in the sector. We reiterate that the burden of shoring up government revenue should be across all segments of society in the way other climes use VAT and not to be targeted to a specific sector,” Teniola explained.

Meanwhile, MainOne has announced that it had finally landed its submarine cable in Grand Bassam, Cote d’Iviore, which is the final leg of the ongoing expansion to reach Senegal and Cote d’Ivoire.

The Grand Bassam landing, which follows the recent completion of the landing in Dakar Senegal will extend the reach of the cable into Cote d’Ivoire and neighbouring countries.

The deployment is also notable because it is the first commercial cable in service to deploy spectrum sharing capabilities guaranteed to deepen infrastructure sharing and lower the cost of delivering broadband services to West Africa.

According to the company, following the landing at the Grand Bassam beach in Abidjan, the cable would be connected to an existing branching unit on the MainOne cable trunk already strategically located offshore.

The upgrade of the electronics on the cable and the implementation of spectrum sharing functionality would now enable multiple operators share optical spectrum on the submarine pair with up to 10 terabits of capacity.

The availability of such increments in capacity is expected to further accelerate the deployment of 4G services in addition to fixed broadband across the region.

The submarine cable will also be connected to the newly constructed MainOne data centre in Abidjan, purposely built alongside the cable landing station to house infrastructure to facilitate the growth of the digital economy in Cote d’Ivoire.

The facility is expected to offer rack spaces for businesses to collocate their Information Technology (IT) infrastructure including servers and other equipment with ease while gaining access to fully redundant power, cooling, carrier-grade security, and fire – prevention.

The carrier-neutral facility will also bring direct access to the MainOne Cable system as well as interconnection with major network operators in Cote d’Ivoire.

Speaking on the development, the Chief Executive Officer of MainOne, Funke Opeke said: “We recognise the role that broadband infrastructure plays in driving the growth of the digital economy and economic development in the 21st Century and are excited that we can enable these investments in Cote d’Ivoire. We look forward to energizing the digital ecosystem, not just in Cote d’Ivoire, but also in neighbouring countries as we bring the new submarine cable connection and Grand Bassam data centre into service.”

MainOne’s submarine cable was the first private subsea cable to deliver open-access, broadband capacity to West Africa in 2010, heralding the explosion in internet access witnessed in the region.

The MainOne system traverses the coast of West Africa with fully operational landing stations from Seixal in Portugal through Accra in Ghana to Lagos in Nigeria, the addition of new branches in Dakar, Senegal and Grand Bassam, Cote d’Ivoire and additional branching units in Morocco and Tenerife yet to be connected. 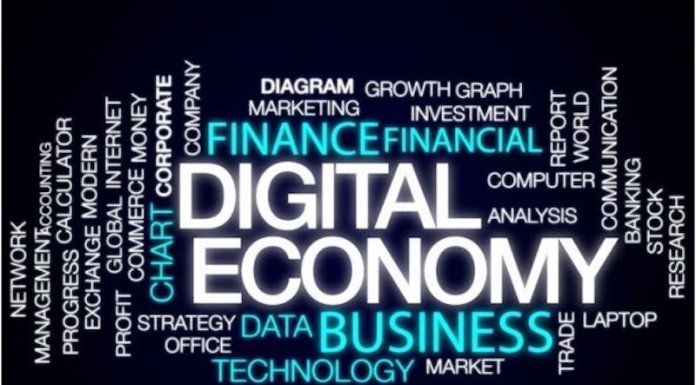