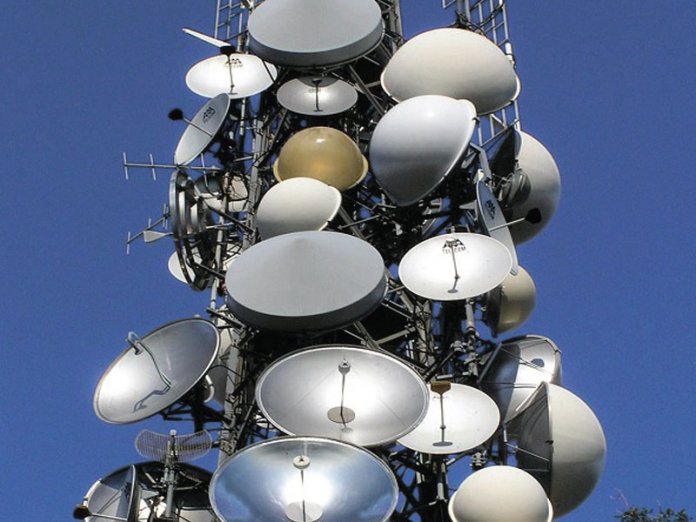 The information and communications technology (ICT) sector, no doubt, has positively changed the Nigerian economy, contributing over $70 billion to Nigerian Gross Domestic Products (GDP) since the telecoms sector was liberalised in 200. Yet the telecoms industry is fraught with challenges, especially the challenge of multiple taxation.

Successive governments across the country have always seen the telecoms sector as a veritable source to raise their internally generated revenue (IGR), and had always imposed multiple taxes on telecoms operations since its inception, a situation that has been described by operators as a cog in the wheel of progress for the telecoms industry.

Having attained independence in 1960, and with 18 years of telecoms liberalisation, one would be quick to think that by now the telecoms sector should have been stabilised from all manners of challenges. However, 59 years down the line, the sector is still faced with myriad of challenges, despite its impactful contributions to national development.

Multiple taxes
Governments across the country have continually imposed various taxes on telecoms operations, a development that is giving telecoms operators serious concern.

In an attempt to enforce payment of the taxes, government agencies across states, seal up telecoms sites and disrupt telecoms operations in and around the state.

The Kogi State Internal Revenue Service, for instance, last year and this year, shutdown several Base Transceiver Stations (BTS), commonly known as base stations belonging to telecoms operators in the state for alleged refusal to pay imposed levies.

Telecoms operators have contested the taxes and described them as multiple and overlapping in nature, yet state governments and federal government agencies are still bent on collecting the levy to boost their IGR. Some of the taxes include: Company Income Tax, NITDA Levy, Education Tax, Annual Operating Levy on Net Revenue and VAT on consumption of services, Carbon Emission Tax, Utility Tax, among others.

Apart from Kogi State, several other states have also compelled telecoms operators to pay such levies and taxes and they have gone as far as stopping telecoms expansion work in their various states.

Service quality
Since independence, Nigeria has been battling with service quality, but it became more prominent after the licensing of GSM operators in 2001. Since the rollout of GSM services in 2001, subscribers have been battling with service quality offerings across networks. It is either subscribers are unable to effect calls, unable to recharge their phones or they are burdened with intermittent drop calls and non-delivery of text messages, as well as unsolicited text messages and advertisements.

President, Association of Telecoms Companies of Nigeria (ATCON), Olusola Teniola, however, blamed the issue of poor service quality across telecoms network on lack of investments, which he said, degenerated the quality of service since 2015.

“It is obvious that since 2015, foreign direct investment (FDI) in the telecoms sector, dropped by 85 per cent, which affected expansion in telecoms network, and slowed down network upgrade Base Stations and telecoms towers. In the last three years, capital expenditure (capex) in telecoms also dropped as a result of the drop in FDI investment. While this was going on, Over The Top (OTT) players like WhatsApp, Skype, and Instagram, made serious incursion into telecoms network by offering free telecoms voice service, while riding on telecoms infrastructure. The situation affected voice calls and there is a paradigm shift from voice calls to data communication.” Teniola said.
He added that the willful destruction of telecoms facilities across some regions of the country, also affected service quality.

To address the challenges, the Nigerian Communications Commission (NCC), the telecoms industry regulator, came up with several measures, which included the introduction of Key Performance Indicators (KPIs) and fines, as well as ban on telecoms promos, yet the mobile network challenges continue to bite hard on telecoms subscribers across all networks.
But considering different measures put in place by the regulator and the telecoms operators, the Chairman, Association of Licensed Telecoms Operators of Nigeria (ALTON), Gbenga Adebayo, said there had been significant improvement in service quality delivery.
He said right of way(ROW) permit from various governments has been a barrier to broadband penetration and better service quality. He called on the various state governments to consider removing ROW barrier in telecommunications to enable faster broadband penetration and better service quality delivery in data and voice communications.

Despite the challenges, industry stakeholders are of the view that the telecoms sector has impacted Nigerians and the Nigerian economy in several ways.

According fo Teniola, “The telecoms sector has brought structured transformation to the Nigerian economy, and international bodies like the International Telecoms Union (ITU), has recognised the immense contribution of telecommunications to Nigerian economy and other African economies.

Corroborating Teniola, Adebayo said at 59 years of independence, Nigeria has course to celebrate. According to him, telecoms has created direct and indirect job opportunities for Nigerians and have raised subscribers’ subscription to over 174 million with a teledensity of 91.65 per cent as at July this year.

He said the progress made by the Nigerian economy since 1960, was largely depended on ICT investments.
“Governments at all levels and the private sectors, all depend on ICT for their growth and development. This is true because ICT has since become the fundamental and most reliable public infrastructure that we have in the country today,” Adebayo said.

“With broadband penetration level currently over 33 per cent, it has created opportunities for technology startups to innovate and come up with more digital solutions that will address specific challenges in the sector,” Teniola said.

While addressing global participants during the 2018 ITU Telecoms World conference in Durban, South Africa, the Executive Vice Chairman of the Nigerian Communications Commission (NCC), Prof. Umar Garba Danbatta, said despite the challenges faced in the Nigerian telecoms sector, Its contribution to the Nigerian GDP has surpassed $70 billion.

Having achieved so much in 59 years, Teniola, however, called on the federal government to address certain key issues in order to sustain telecoms achievement. According to him, government must come up with a Digital National Strategy that will harness the digital plans of all sectors of the Nigerian economy like health, entertainment, sports, manufacturing, telecoms among others.

“ New technologies like Artificial Intelligence (AI), Machine Learning (ML), Augmented Reality (AR), Virtual Reality (VR), will drive innovation and Nigeria must take advantage of them since we cannot be left out in the digital transformation that is currently cutting across globe,” Teniola said, adding that in harnessing tech talents in the country, government will be able to generate digital capital. He further said the federal government must consider setting up a new broadband committee that would drive the next National Broadband Plan to further boost broadband penetration and internet access.
Government, according to Teniola, must also push for the passage of Critical National Infrastructure Bill that is currently before the National Assembly in order to protect telecoms infrastructure and improve service quality in the telecoms sector.
Adebayo also called on the federal government to address the issue of multiple taxation in the telecoms sector and formulate policy to protect telecoms infrastructure.

In 2010, MainOne and Glo 1, landed their submarine cables from Europe through the western coast to Nigeria, and this was closely followed by the landing of MTN West African Cable System (WACS) in Nigeria, which were addition to the Nigerian SAT-3 Cable System that was resuscitated by ntel. All these were submarine cables, also known as fibre optic cables, designed to drive broadband penetration.

“Despite the avalanche of submarine cables at the sea shores of the country since 2010, Nigeria cannot boast of nationwide broadband access because of lack of investment on the part of government to build a national backbone infrastructure that will carry broadband capacities from the shores of the country to the hinterlands, where the services of internet broadband providers are highly needed. The situation contributed to the high cost of internet bandwidth in the country, industry,” Adebayo said.

According to him, broadband penetration in Nigeria remained largely mobile, and government must see the need to provide national backbone infrastructure for the country.

Telecoms growth
Before Nigeria gained independence, communication was mainly through the telegraphic wire, initiated by the colonial masters, but after independence in 1960, the Nigeria Telecommunications Limited (NITEL), was established in 1985, following the separation of postal services from telecommunication services. As at that time, telecommunication was the exclusive right of the affluent in the society as only few people had access to telephony. People had to queue for hours and days, just to make international calls and sometimes local calls with the 090 NITEL line.

However, the advent of GSM in 2001 eventually demystified telecommunications, and gave every Nigerian the access and right to communicate. After 2001, Nigerians could sit at the comfort of their homes and offices to make instant calls within and outside Nigeria, through their personal hand-held devices called the mobile phones. Banking activities are now transacted on the mobile phones, without the bank customer visiting the banks.

The most eventful period was between 2001 and 2015, when the telecoms sector was liberalised.
In 2001, the first set of GSM operators were licensed. They included: Econet Wireless (now Airtel), MTN and NITEL. In 2003, Globacom was licensed and in 2008, Etisalat, now 9mobile, was licensed, while ntel was licensed in 2014, but rolled out services in 2016, after its successful privatisation process through a guided liquidation exercise.

Following the inability of NITEL to cope with competition from GSM operators, it folded up its operations and was eventually sold to NATCOM in 2014, which currently trades as ntel.

Bawa: States Should Get Assets Recovered from Ex-govs