The Chief of Naval Staff, Rear Admiral Ibok Ekwe Ibas, has revealed that Nigeria and 15 other countries in the Gulf of Guinea are currently losing a sum of $2 billion to pirate attacks annually.

The Naval Chief’s revelation was coming two months after Nigeria was rated as number one in pirate attacks in the Gulf of Guinea in a report by the International Maritime Bureau (IMB).

The Chief of Naval Staff, who disclosed this while speaking at the Annual General Meeting (AGM) of the Maritime Security Providers Association of Nigeria (MASPAN) over the weekend in Lagos, said the Navy’s efforts are continuously being fine-tuned to counter emerging challenges through maintenance of credible presence within the nation’s maritime domain.

Ibas, who was represented by the Flag Officer Western Command, Rear Admiral Oladele Daji, added that apart from the traditional crime of robbery and piracy that have bedevilled the maritime domain for decades, there are other emerging security threats such as sabotage of oil and gas infrastructure and marine resource theft as well as other trans-national organised crimes that are being tackled by the Nigerian Navy.

He also lamented that the security threats keep evolving from traditional to conventional warfare.

According to him, “The maritime domain has been under threat by piracy, sea robbery, illicit trafficking, illegal unreported and unregulated fishing and marine pollution. Now we have emerging security threats within the Nigerian maritime domain that stem largely from non-military causes such as socio-economic  agitations and a large army of unemployed and under-employed youths in the coastal communities, whose activities manifest through attacks on shipping.

“It is estimated that the annual cost of piracy to the Gulf of Guinea region is over $2 billion especially in the maritime domain of Cameroon, Equatorial Guinea and Nigeria. However, the frequent abuse by diverse interest across the vast maritime domain has continued to give cause for concerns.

“More disturbing is the fact that many of the illicit acts at sea are directed at the economic lifeline of the nation, with negative impact on development and wellbeing of our citizens.”

He noted that the maritime space has tremendous economic potentials due to its rich hydrocarbon deposit, fishery, resources, and several port facilities, saying if well harnessed, these resources are capable of improving the livelihood of the nation’s population.

The International Maritime Bureau, he stated, ranked the Gulf of Guinea as one of the most troubled global waterways after the Gulf of Aden.

THISDAY had recently exclusively reported that Nigeria was losing $600 million annually to illegal and unreported fishing by foreign vessels as a result of lack of equipment such as Automatic Identification System (AIS) and Vessel Monitoring System (VMS), and adequate manpower to police the country’s vast coastline.

It was also reported that the country also spends $800 million annually on fish importation, being the fourth largest importer of fish in the world, after China, Japan and the United States. 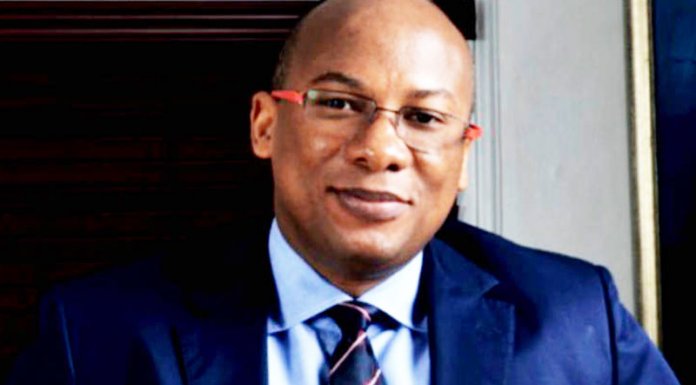