Given the new condition set for the possible reduction in monetary policy rate (MPR), the monetary and fiscal authorities must work to ensure the downward path, which inflation had towed in recent months is sustained in the interest of the economy, writes James Emejo

One of the key expectations of businesses and the ordinary Nigerian from the outcomes of the regular meetings of the Monetary Policy Committee (MPC) meetings is no doubt, the decision on the trajectory of the MPR, which gauges interest rate.

This is because, to a larger extent, it goes to determine in part, the economic well-being of the ordinary Nigerian and serves as an impetus for investment.

The MPR is the rate at which the CBN lends to commercial banks and often determines the cost of borrowing or the amount of interest rate the latter charge on borrowed funds.

According to a senior lecturer in the Department of Agricultural Economics and Extension, University of Port Harcourt, Dr. Anthony Onoja, a change in interest rate has effect on the component of the general price level of imported goods and this will affect all economic agents in the country.

Also, writing in the European Journal of Business and Management, on the “Assessment of the Effect of Inflation on Nigeria’s Economic Growth: Vector Error Correction Model Approach”, in their 2017 piece, Eze Onyebuchi Michael and Nweke Abraham Mbam of the Department of Economics, Ebonyi State University, Abakaliki, had further established that inflation affected Nigeria’s economic growth negatively and insignificantly.

According to them, generally, high inflation imposes welfare costs on a nation, hinders efficient allocation of resources by affecting the role of changes in the relative price level, and as well discourages investments and savings in an economy as it creates unpredictable future prices.

“The situation also affects financial development because it makes financial intermediation more costly, and the poor are mostly affected because they rescind in holding financial assets that provides a hedge against high inflation and decreases a country’s international competitiveness by making exports more expensive.

One of the biggest problems confronting the growth of SMEs, which are deemed to have a catalytic effect on the economy, is the access to affordable financing, resulting from high borrowing costs.

Majority of the enterprises, big and small, which had collapsed recently blamed high interest rates amidst other infrastructural challenges for their fall.

Also, investments had been slow as a result of the reluctance of owners to seeking funding because of high interest rates charged by banks.

One of the key problems limiting the CBN in cutting interest rate had been high inflation rate, which had distorted macroeconomic policies in recent times.

For instance, after holding the rate at 14 per cent for close to two years since 2016, as a result of inflation in particular, among other economic variables, the apex bank, in a move that took investors by surprise, in March this year, finally resolved to cut interest by 50 basis points to 13.5 per cent.

Since then, there had been expectations that the MPC will further ease monetary tightening to boost growth of the economy.

But, faced with further inflationary pressure and given that the MPR cannot be below the inflation rate, hopes for cheaper funds had continued to dim.

However, the announcement last week by the CBN Governor, Mr. Godwin Emefiele, that it would further reduce the benchmark rate should inflation decline to single digit, practically leaves the economy at the mercy of inflation, and further suggest the MPC may have in actual fact reached its limit on available options.

Yet, it provides a framework with which investors predict the likely direction of interest rate in the future.

According to reports by the National Bureau of Statistics (NBS), inflation dropped in January 2019 when it declined to 11.37 per cent from 11.44 per cent in December in 2018.

However, Emefiele, who may have been overstretched by consistent enquiries on when another rate cut was likely had said:”How soon do I see interest rates coming down? I’m not seeing that coming this year. During the course of 2020, we may be able to see that but I can’t see that until we begin to see the numbers showing inflation is trending downward.

“Unfortunately it’s been sticky coming downwards as soon as it hit about 11 per cent. The Monetary Policy Committee would love to see it at about 9 per cent before beginning to aggressively think about easing.” But, it would not be the first time the CBN governor had foreclosed a reduction in interest rate at least for now.

In July, he told journalists after the two-day meeting of the MPC that it was not in a hurry to bring down the MPR.

According to him, like we said, we will like to see Inflation trend into single digit territory. “That the CBN itself has set an inflation target of between six to nine per cent and because we are still above that threshold, we will only cautiously either through signaling, but we are not going to be in a hurry to moderate or to bring down the MPR.

“However, without necessarily altering or adjusting the MPR, that we can take other measures like the measure that we adopted by prescribing minimum loan deposit ratio to the banks.

“That will help in a drive to increase the loans deposit and indeed, because banks themselves know that if they do not do what we want, as raised in the guidelines, we would take the money that they have and put them in CRR and because they know that it is a big challenge for them, that is why the rates are beginning to trend.”

Nevertheless, analysts have continued to benefits of interest rate reduction and need to also boost the growth of the economy.

However, speaking in an interview with THISDAY, economist and Chief Executive, Global Analytics Company, Mr. Tope Fasua, said economic managers should look more to achieving double digit growth “even at the risk of double digit inflation”.

He said:”Inflation is at 11.04 per cent today. So if the CBN and fiscal authorities can work together to keep depressing inflation to the point that it drops below double digits, perhaps the MPC can experiment with reducing base rate. A reduction in rates is meant to increase inflation.

“There are however a few points to note. First, the link between inflation and rates in Nigeria is broken or not as tight as predicted in the textbooks or as happens elsewhere. In other words we haven’t seen lending rates moving in lockstep with movements in MPR.”

According to Fasua, the banks seem unmoved and lending rates remain high even when they reduce deposit rates.

“Second is my position that we do not need to worry that much about inflation. The Philip’s Curve in economics captures the inverse relationship between inflation and employment.

“When you employ more people, inflation rises as more people have more money to spend. That is a fact that works even in Nigeria. So when you keep inflation low, you are therefore not targeting employment. In this age where technology takes out millions from the job market we seem not to have any plans for our teeming millions of youths.”

He added:”Consistent growth will alter the status of our demographics and increase per capita income in an irreversible way in a few years time. Indian economy grew at 5 per cent last quarter and they complained. Chinese economy has slowed to 6.5 per cent growth and they are panicking. We are growing at 1.94 per cent. This is a sad commentary. We cannot be pursuing plastic, meaningless ambitions.”

According to him, Nigerians have been waiting for that time when the inflation rate will reduce to a single digit. It is expected that MPR will be reduced at that time. This will in turn reduce interest rates for borrowing from financial institutions.

“Prices of goods and services will be reduced. The other effect is that more money will be available in the system which may increase the demand for foreign currency and thereby increase the exchange rate of naira to dollar further.”

Furthermore, a source who pleaded anonymity on the issue stressed the need for synergy between the monetary and fiscal authorities to address key macroeconomic challenges

Speaking to THISDAY, he said:”The CBN are simply saying they will focus on their core mandate of financial stability – exchange rate , interest rate and inflation, even at the risk of trading off growth.

“This message also implies that there is yet to be synchronisation of monetary and fiscal policies. This underscores the importance of the newly appointed economic advisory council, who should advise on having synchronised monetary, fiscal and trade policies that will ensure both exchange rate, interest rate and inflation stability on the one hand, and effective fiscal as well as trade policies that will support growth of the real sector and improved employment on the other hand.”

Experts had further cautioned against the federal government’s plan to raise value added tax (VAT) from 5 per cent to 7.5 per cent, stressing that this could fuel inflation and further cause distortion in the economy- ultimately dashing the hope of MPR reduction.

Nonetheless, Onoja, who is also the West African Regional Representative, African Association of Agricultural Economists (AAAE), had welcomed a reduction in MPR adding that “Given the level of poverty, high level of unemployment of about 25 per cent in the country and very low capacity utilisation which combines with poor infrastructural base to weaken economic growth”, cutting interest rate will be of benefit to the economy.

He said:”The move will ease access to credit by investors/traders and even the unemployed youths who have viable proposals for their business and can access credit from the banks.

He said:”With the endorsement of the African Continental Free Trade Area (AfCFTA) agreement recently by Nigerian Government, international trade (exports of Nigerian made goods and imports of relevant raw materials for the industries) will be boosted. This will help create job opportunities as it happens when aggregate demand is stimulated in an economy. The multiplier effect will trigger economic growth and development.

“With access to savings and credit, which will be stimulated by the implementation of this policy, it is expected that capacity utilisation and new investments will flourish at least in the next few years if other macroeconomic variables are well controlled thus increasing the chances of meeting the set growth target of about 2 per cent for 2019.” 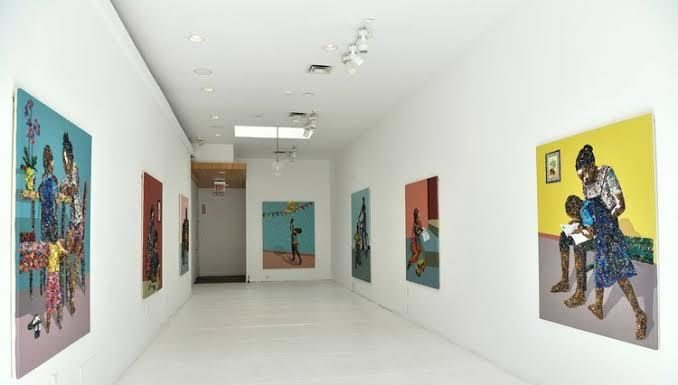