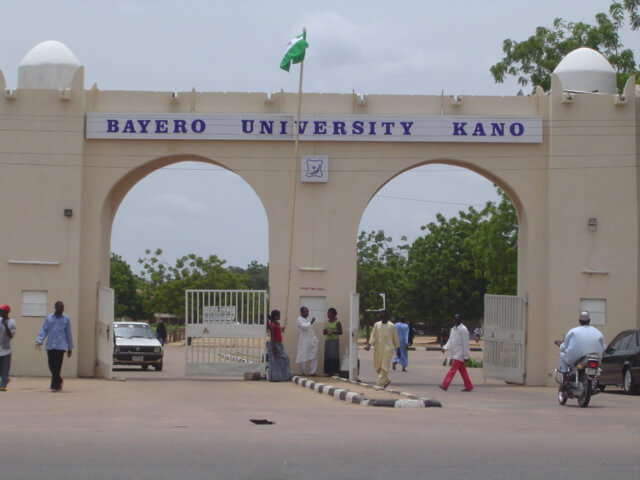 Authorities of Bayero University Kano (BUK), have expelled 63 and rusticated 13 other students for a year over their alleged involvement in various forms of examination malpractices.

A statement by the Director, Examinations, Admissions and Records (DEAR), Amina Abdullahi, made this known yesterday in a statement.

She said the action followed a recommendation earlier submitted by the Senate Committee on Examinations Misconduct and Leakages on August 28 and approved at its 374 meeting.

“However, the Faculties of Education and Management Sciences have six each and Engineering, FEES and Physical Sciences four and three, respectively.

“The Faculty of Arts and Islamic Studies have two expelled students and Faculties of Communication, Allied Health Sciences and Life Sciences have the least number of affected candidates with only one student each.

“The following candidates were expelled for being involved in examinations misconduct in accordance with Category 20:17(Ai, iii, iv, v, vi, vii x, xii) General Examinations and Academic Regulations (GEAR) and 3.4.2 (Ai – xi) General Regulations Governing Postgraduate Studies (GRGPS) as the case may be,”  the statement added.

“The Senate had also rusticated 13 other candidates for one year or two semesters for their involvement in examination misconduct in accordance with Category 20:17 (Bi – Bv) General Examinations and Academic Regulations, GEAR, and 3.4.2 (Ai – xi) General Regulations Governing Postgraduate Studies, GRGPS, as the case may be.

“It equally directed that 19 other students be served with written warning letters. The candidates’ actions contravened category 20:17 (Ci-v).

“It instructed that their examinations scripts should be processed accordingly. However, four students were exonerated from any offence as no case was established against them,” the statement said.

The statement further stated that the respective departments of the affected students had been directed to release their results, adding that they were to be graded incomplete in courses indicated against their names.