A medical doctor working at the Jimeta Clinic and Maternity, Adamawa State, Yakubu Koji’s practising licence has been withdrawn  and a life ban by the Medical and Dental Council of Nigeria (MDCN) placed on him for cutting off the kidneys of a patient named Isa Hamma, who died in the process.

A tribunal set up by the council, sitting in Abuja yesterday found the doctor guilty of the 12 charges of unprofessional act against him.

While handing down the judgement, Chairman of the tribunal, Prof. Abba Hassan, said that Koji was guilty of engaging in malpractice by failing to use his sense of judgment and honour by acceding to the demand of his patient to undergo a surgery on him.

Hassan said the respondent exhibited incompetence in the assessment of Hamma.

“He failed to correctly diagnose the illness of Hamma and advise him. He undertook a surgical operation on the patient and removed an organ he could not identify,” he said.

According Hassan, the respondent also failed to refer Hamma in good time when such referral was necessary.

The tribunal chairman said: “He failed to do all that he reasonably ought to have done under the circumstances in the treatment of the patient.

“The name of Dr. Yakubu Hassan Koji, is hereby struck out of the register of the Medical and Dental Council of Nigeria.”

Koji was said to have failed to conduct his medical duty in accordance with standard decorum and by methods adjudged acceptable and appropriate in the generality of the registered members of the Medical profession in the treatment of one Isa Hamma, a patient under his care.

Another doctor, Stephen Alayemola of Philadelphia Specialist Hospital, Evite Ikorodu, Lagos,  was suspended for six months after being found guilty of collecting a huge fee from one Mrs. Oyenike Adebajo under the pretence that he would carry out assisted reproductive therapy/In-vitro-fertilisation when indeed he was not an expert in the field.

The tribunal also found Alayemola guilty of fee-splitting arrangement for the purpose of exploiting  and referring the patient to other practitioners.

In its judgement, the tribunal said it was convinced from the weight of evidence against Alayemola that he was guilty of five out of six counts brought against him.

editor - January 15, 2021 2:50 am
15
THIS REPUBLIC  BY SHAKA MOMODU Just when you think that you’ve heard or seen the worst of government’s bizarre pronouncements, you are suddenly faced... 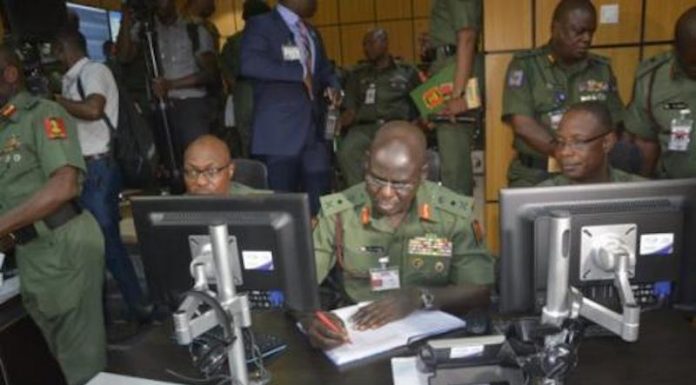