Nigeria has launched a bid for the extradition of the co-founder of an Irish firm, Process & Industrial Developments, Mr. Brendan Cahill and son of the founder, Mr. Adam Quinn, over their roles in the $9.6 billion arbitral award arising from a failed gas project that has pitted the company against the federal government.

Nigeria is seeking the help of Irish law enforcement and the U.K.’s National Crime Agency, for the extradition of Cahill and Quinn to face trial in the country, according to a report wednesday by the online edition of THE IRISH TIMES.

Besides, Nigeria is also seeking a probe of Allied Irish Banks, with a claim that it has evidence of two bank transfers by P&ID, amounting to $20,000, to a former Director, Legal Services of the Ministry of Petroleum Resources, Mrs. Grace Taiga.
Taiga is currently on trial for allegedly conniving with the company in a bid to defraud the country.

Both parties to the Gas Supply and Processing Agreement (GSPA), under which Nigeria is to supply wet gas to a plant to be built in Cross River State by P&ID for processing to generate electricity, are locked in a legal battle over Nigeria’s alleged default for which the company got a $6.5 billion arbitral award, which has now ballooned to $9.6 billion due to interest, for loss of future earnings from the project.

President Muhammed Buhari, in his speech at the 74th session of the United Nations General Assembly on Tuesday in New York, described the $9.6 billion arbitral claim as fraudulent.

A British commercial court had on August 16 affirmed P&ID’s right to seize $9.6 billion in Nigerian assets to recoup the arbitral award.

The legal battle resumes today in London where Nigeria is set for a spirited combat to stop the British court from finally granting P&ID’s request to seize its assets, which amount to about 20 per cent of its foreign reserves.

THE IRISH TIMES quoted Magu as telling Bloomberg in an interview on Tuesday as saying that the anti-corruption agency was extending its investigation into the failed gas project by formally requesting the assistance of Irish law enforcement and the UK’s National Crime Agency.

So far, the EFCC, which at the behest of President Muhammadu Buhari is probing the botched deal along with other security agencies in Nigeria, has interrogated a former Chief Justice of Nigeria, Justice Alfa Belgore and two senior lawyers for their alleged connection with the arbitral award.

The court also ordered the company to forfeit all its assets to the federal government and to wind up operations in the country.
Malami, in an earlier interview with Bloomberg, had said Nigeria would use the conviction of P&ID local affiliate as a defence to support government’s allegation that the GSPA was a scam targeted at Nigeria.

“The enforcement of the $9 billion cannot stand having been based on a foundation that is rooted in fraud, corruption, tax evasion and procedural circumvention,” Malami had said.

Prosecutors said they had evidence of the bank transfers by Dublin-based Industrial Consultants (International) Ltd. — part of the P&ID group of companies — to Taiga who supervised the GSPA.

The payments, in 2017 and 2018, were made from an Industrial Consultants account at Allied Irish Banks and were purportedly for “medical costs,” Bala Sanga, the lead prosecutor, said in the interview.

Paddy McDonnell, a spokesman for the Irish bank, declined comment, saying official policy forbids speaking on individual accounts.
A spokesperson for P&ID also did not respond to a request for comment on the latest allegations.

However, Chief Wole Olanipekun (SAN), Taiga’s lawyer, denied the bribery allegation against his client, saying: “How could there have been a bribe to facilitate the contract that was done in 2010 and now get paid in 2018 or 2017? It just doesn’t add up.”

The payments, along with Taiga’s email records, showed a “longstanding relationship” between the government official and P&ID founder, Michael Quinn, who died in 2015, and Cahill, Sanga said. 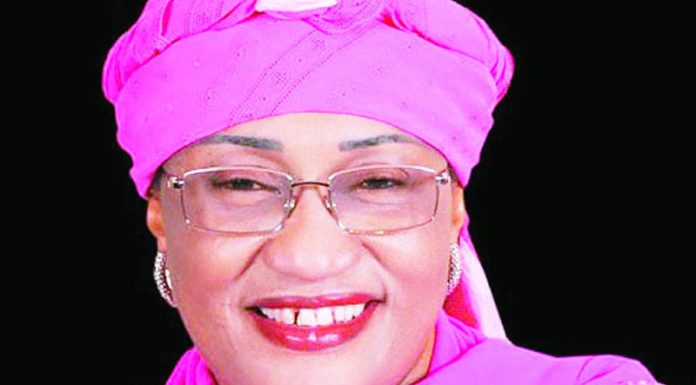