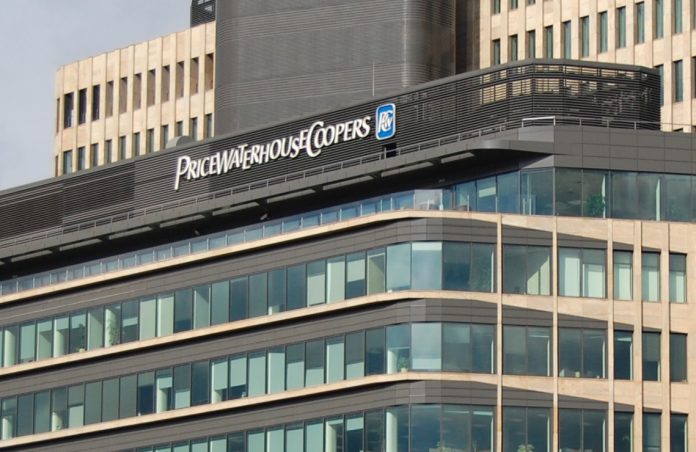 * Proposes supply of 50% of generated power to industries

Foremost accounting and consulting firm, PricewaterhouseCoopers (PwC) has alleged that none of the 11 power distribution companies (Discos) in Nigeria has paid tax to the federal government since 2013 when the private investors took over the distribution assets.

To raise the financial capacity of the power companies, PwC has also advised the federal government to raise electricity tariff of industrial consumers in Nigeria to N80 per kilowatt hour (kwh).

But the Executive Director, Research and Advocacy of the Association of Nigerian Electricity Distributors (ANED), Mr. Sunday Oduntan, said the Discos have no comment on the allegation that they have not remitted taxes to the government since they took over their assets in 2013, adding, “we are focused on providing electricity to Nigerians.”

PwC also advised the government to ensure that a minimum of 50 per cent of the total electricity generated in the country daily be channelled to industries, adding that if this happened, the level of contribution of the manufacturing sector to the country’s Gross Domestic Product (GDP) would rise to N13.3 trillion from N6.4 trillion at the moment.

PwC stated this yesterday in a presentation made by its Chief Economist, Dr. Andrew Nevin, at a power sector roundtable organised by Mainstream Energy Solutions – operators of the Kanji and Jebba hydro power plants.

It equally stated that none of the 11 power distribution companies (Discos) in Nigeria had paid tax to the federal government since 2013 when they took over the distribution assets from it.

At the roundtable which was themed: “Next Level of r the Nigerian Power Sector – Unlocking Real Liquidity,” the Vice President, Prof. Yemi Osinbajo, equally stated that the government had after giving out a total of N1.5 trillion to the power sector as intervention funds in the last two years, decided that the sector needed some structural reforms to regain financial stability.

According to Nevin, if the government raised industrial tariff to N80/kwh, and subsequently increase power delivery to industries to 40,000 megawatts (MW), it would within seven years increase their GDP contributions to N49.6 trillion and create up to 45.59 million jobs for Nigerians.

Nevin explained that Nigeria needed to focus its electricity delivery to sector with the highest value for their use, adding that the remaining 50 per cent of generated volumes of electricity from the grid could go to residential consumers in the country.

He also noted that the Discos have been unable to pay tax to the government from their operations because they have been on loss-making tracks since 2013 when they bought the assets from the government under the power privatisation exercise.

But in response to the PwC proposal, the Managing Director of the Transmission Company of Nigeria (TCN), Mr. Gur Mohammed, said the proposed premium tariff for industrial power consumers would be inefficient and unable to solve the sector’s liquidity crisis if it would be collected by the Discos whom he alleged were inefficient in their operations.

Mohammed also claimed that the 132 kilovolt (kV) transmission lines through which the industries get electricity supplies from the national grid, but which the Discos collect money for belonged to the TCN.

He said the TCN had challenged the Nigerian Electricity Regulatory Commission (NERC) for allocating electricity customers on the 132kV lines to the Discos, adding that it was against the spirits of the law guiding the power sector’s operations.

In his remarks however, Osinbajo who was represented at the meeting by the Minister of Power, Mr. Sale Mamman, explained that the government had recognised the need to undertake structural reforms in the sector. He noted that the growth of the sector was important to the government in its drive to take 100 million Nigerians out of poverty within 10 years.

“The liquidity challenges posed to the NESI (Nigerian Electricity Supply Industry) since the privatisation of the assets of the erstwhile Power Holding Company of Nigeria (PHCN) are well documented.

According to him: “The Federal Executive Council has recently approved the third round of intervention funding for the sector, with a total of about N1.5 trillion in the last two years. However, if the country is to achieve its aim of channelling funding to other critical sectors of the economy, it is pertinent that structural reforms be put in place to enable the power sector fund itself sustainably.”

The vice president stated that President Muhammadu Buhari, would rely on the power sector to contribute immensely to his plan of taking 100 million Nigerians out of poverty in 10 years, and as such do his best to ensure that it enunciate policies that would improve its financial situation.

Similarly, the Chairman of Mainstream Energy Solutions, Col. Sani Bello (Rtd), stated that power Gencos in the country were being owed heavily for electricity generated and supplied to the national grid.

Bello informed that payment of Gencos’ monthly invoices have dropped to a paltry 15 per cent from about 80 per cent that it was in 2018 when the government provided payment guarantees to support their operations.