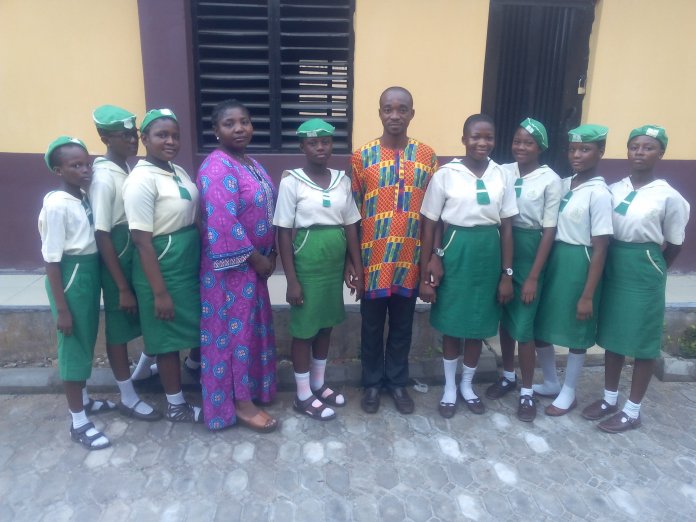 The event was also an opportunity for the old girls to relive their experiences as students of the school and reunite with old friends.

According to the National President, Mrs. Tamramat Abiodun the association decided to honour Alhaja Koleosho because she was one of the people that initiated the founding of the association about 28 years ago.

“We felt that was an act that is worthy of emulation that she should be rewarded in her lifetime, being the Charter President and she eventually became the first president of the association. Even after she left office, she has remained committed, continued to show passion, she continued to encourage those that are coming behind her. Those are virtues that we felt need to be celebrated.”

The president said the significance of the award is that the awardee will continue to her role as a mother and mentor; she will continue with her passion and commitment and encouragement of the association.

As part of its objectives of improving the quality of education at the school, she said the association has transformed the environment and improved the visibility of the school. She recalled that a member of the association facilitated the construction of a block of classrooms, as well as ICT building.

The president added that during the school’s 70th anniversary, the old girls inaugurated projects worth about N20 million in the school.

She said the association also intends to organise counselling sessions for the students and a set is interested in providing sanitary towels for the girls. “So we are focussed on improving the academic excellence of the students, as well as their moral development.”

Responding, the awardee who graduated from the school in 1963, who thanked the association for the honour, said she would try her best to lay a good example for others.

“This award means a lot to me because I never knew that I could be conferred with this award. Since the inauguration of the association I have been trying my best in my own little way.”

Exclusive! How Bolu Akin-Olugbade Made Peace with Olu Okeowo Before His Death