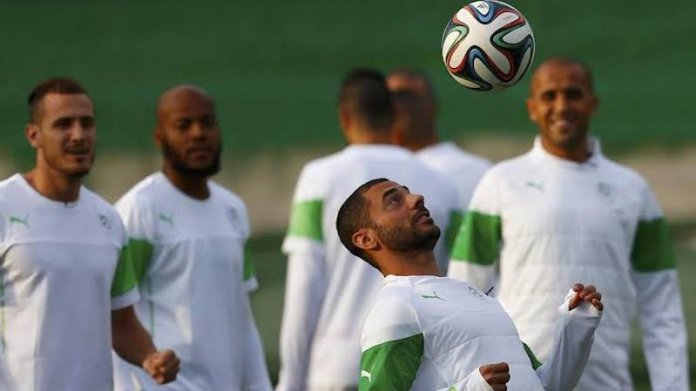 African champions Algeria are to play a match in France for the first time in 11 years when they meet Colombia in Lille on October 15.

There has been an unofficial moratorium on Algeria playing in France for fears of public disorder and the game will be an opportunity for the large Algerian community in France to salute the team in the wake of their success in the Africa Cup of Nations.

Algeria regularly hosted profitable friendly games around France for five years from 2003 but last played in France in a friendly against Mali in Rouen in late 2008.

The north African side have passionate supporters among the diaspora and thousands came out on the streets of Paris and Marseille to celebrate Algerian success at July’s Nations Cup.

If the match against Colombia goes off without major incident, it could hasten the finalising of a high profile, and likely highly charged, friendly between Algeria and France.

The only previous meeting between the colonial power and an independent Algeria ended in chaos when dozens of young Algerian supporters invaded the Stade de France pitch in Paris, causing the 2001 friendly international to be abandoned with France leading 4-1 some 11 minutes from the end.

The jeering of the French national anthem ‘La Marseillaise’ before the game became an emotive issue in the wake of the game, drawing widespread criticism but also highlighting the enmity many young north Africans growing up in France feel towards the French state and society.

In the wake of Algeria’s Cup of Nations success, a return meeting with the World Cup winners has again been mooted and an unofficial invitation extended to France to play in Algeria for the first time.

It is an idea that has been positively received by influential French Football Federation president Noel Le Graët.

“Ever since I’m here (as president of FFF), I’ve wanted to go to Algeria. It’s the only country we have not played against,” he told reporters earlier this month.

“It is time to make this match. I will move as quickly as possible to see in what conditions we can organise this game.”

But he said he would have to consult with the French government and get the agreement of French president Emmanuel Macron.

“Usually we make these decisions on our own but it’s such an important match that political agreement is needed. But the French team has a duty to play in Algeria.”

The close ties between the two countries are no better exemplified than the fact most of the Algerian team are French-born while many of Algerian descent, notably Zinedine Zidane, have played for France.

The proposed re-match next year would be played in Oran, according to Algerian reports.

“We know that any confrontation with the French team is full of history, so for all these elements, it seems to me a very interesting proposition to be able to play against them someday,” added Algeria coach Djamel Belmadi, also speaking earlier this month.

Belmadi was in the Algerian midfield for the game against France in 2001.