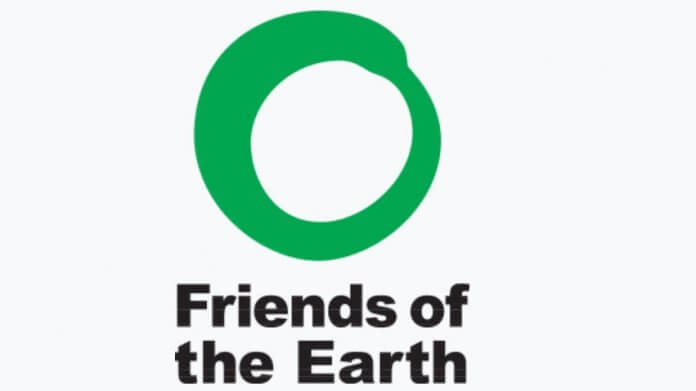 Friends of the Earth Africa have in strong terms condemned the recent xenophobic attacks by South Africans on Nigerians and other foreign nationals.
In a statement made available to THISDAY by Philip Jakpor on behalf of Friends of the Earth Nigeria, the group said it stands in solidarity with those affected.

The statements reads in part: “Barely recovered from the cyclones in southern Africa, which are themselves an expression of climate change effects, specifically cyclones Idai and Kenneth that killed and displaced people in Mozambique, Zimbabwe, Malawi, and South Africa, we are witnessing today with pain and consternation the killings, beatings, and violence against women in Johannesburg and Pretoria, South Africa.

“Once again, South Africans went to the streets to kill, steal and act violently against their African brothers and sisters. This is not the first time these kind of attacks on foreign nationals has happened. In 2008, there was a wave of attacks across the country against refugees and migrants – more than 60 people were reported to have been killed and thousands displaced.

“In 2015, there were outbreaks of violence against non-South Africans, mostly in the cities of Durban and Johannesburg, which also left many non-South Africans dead and others injured and a lot of property lost and damaged.  Today, we see the same thing happening to our fellow Africans, which is very demeaning and devastating.

“We, Friends of Earth Africa member groups from Mozambique, South Africa, Tanzania, Togo, Uganda, Nigeria, Liberia, Ghana, Mali, Cameroon mourn once again with the rest of Africa.  Africa weeps with indignation at the ineffectiveness of South African justice, which allows hundreds or thousands of African citizens to be slaughtered every year under the convenient pretext of xenophobia.

“We recall that this is not the first time, not even the second time this type of violence has broken out in South Africa, leading to the persecution and death of citizens of other African countries. It is a systematic problem that must be tackled with the necessary seriousness and urgency, given its complexity and the many underlying social, economic and environmental aspects of a country that insists on pursuing a model of extractive and neoliberal development that exploits most of its citizens.

“It was a very hard decision to take, more so, as both events were equally important and would likely have far reaching impacts on our region. On the other hand, as activists of a Human Rights Organisation, who stand against of any form of discrimination and violence, it is clear that we needed to take a stand.

“We had hoped that by this time the South African Government would have already taken the necessary and real steps to end this violence, which has not happened.

“Most African governments have not spoken out or taken a public stand on this whole situation. This apathy for the suffering of their own people has long appalled us. We believe that the condemnation of acts of xenophobia by the President of the African Union is insufficient. We call on all Heads of State to condemn this crime and take action to stop these horrible attacks in the future.

“We acknowledge African governments who boycotted The World Economic Forum (WEF) in Cape Town over recent violent protests and attacks on foreign nationals.   We commend the Presidents of the Democratic Republic of Congo, Malawi, Nigeria and Rwanda, who refused to attend the event to show their solidarity and stand with African nations of those killed. More concrete action needs to be taken by the Africa Union to stop the xenophobic attacks in South Africa and everywhere in Africa.”

Also, in the statement, Anabela  Lemos, Director of Environmental Justice, appealed to all Africans. “In the face of all this violence, we call on all our African comrades not to respond to violence with more violence, we must respond with peace, justice and dialogue, and only then can we stop this violence. This should be a time to come together as human beings, as Africans, and show South Africans and the world that it is not with violence that the future of a country or a continent is built”, Lemos said.

Kwami Kpondzo(Friends of the Earth Africa Human Rights Defenders focal person) also called upon all Africa citizens to respect human dignity and human rights. “We are all suffering from Climate change effects already. We will not accept any forms of violence anywhere in Africa. It is time to think together and preserve peace in Africa. No more violence against women!”

Kureeba David(Regional Facilitator Friends of the Earth Africa) also strongly condemned  xenophobic acts of violence noting that “it’s demeaning for Africans to start fighting, killing one another and destroying property, when climate change and other challenges are hitting us hard. Instead of putting our efforts together to fight climate change related challenges, we are instead finishing ourselves. I strongly encourage all Africans that it’s high time we reunited and moved forward. “No man Kill another man” brothers and sisters as put by the late Sipho Johnson Mdletshe a famous South African artist”.

Akinbode Oluwafemi(Deputy Executive Director of the Environmental Rights Action/Friends of the Earth Nigeria) said: “The disturbing xenophobic attacks do not show the accommodation and warmth that Africans are known for. They are disheartening and totally unacceptable. We rightfully demand that the South African government goes beyond sloganeering and genuinely reins in on the attacks to allow the harmony Africans are known for to continue.”

The group further went on to state that they believe that structural inequities need systematic transformation in order to preserve peace. “We urge the government of South Africa to take immediate action in this regard. We call on South African Civil Society to press and hold its government.  accountable for what is happening, and to demand an end to these persecutions and violence, as we are aware that the majority of South Africans also condemn these criminal actions.

“We call on the South African Government to take serious and necessary measures to address this situation and to stop this wave of violence with the utmost urgency, and to be guided by the necessary short, medium- and long-term changes to address the serious situation of inequality, unemployment and poverty in the country.

We call on the African Union and the African leaders to continuously speak out and act in a timely manner.

“We also demand a real, transformative and lasting solution from the South African Government. For unity, brotherhood and solidarity with all the peoples of Africa, towards a fairer, more equitable and sustainable future,” they added.