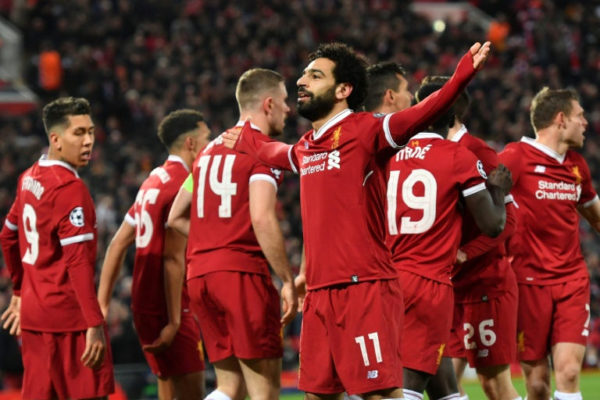 Five goals in the first 18 minutes set Manchester City on their way as they ripped apart a woeful Watford team to cut Liverpool’s lead at the top of the Premier League to two points pending the Reds game against Chelsea today.

City had already bounced back from last weekend’s humbling by Norwich with a clinical Champions League win at Shakhtar Donetsk on Wednesday, but this was a timely reminder of their ruthlessness and attacking power.

Bernardo Silva scored a hat-trick as Pep Guardiola’s side ran riot to clinch their biggest league win since he took charge in 2016. They also hit the woodwork twice and continued to chase further goals until the end, but a record victory eluded them.

Manchester United’s 9-0 win over Ipswich in 1995 remains the biggest victory in the Premier League era but City become only the seventh team to win a top-flight game by an eight-goal margin in the modern era.

City scored the opener after 52 seconds through David Silva before Sergio Aguero added a penalty and Riyad Mahrez struck via a deflection.

Bernarndo Silva headed the fourth and Nicolas Otamendi slid in the fifth. After the break City’s intensity eased but Bernarndo Silva struck twice more and Kevin dee Bruyne, one of the key orchestrators of thr attacking masterclass, got his name on the scoresheet before the end too, casually smashing home City’s eighth with five minutes left.

City’s fans urged their team forward for more goals – and United’s record – but for once on what was a painful afternoon for them, Watford’s defence held out.

The only consolation for Quique Sanchez Flores, who was overseeing only his second game since being reappointed as Watford boss, is that his side do not have to play City every week.

After the high of his side’s spirited second-half comeback to draw against Arsenal last week, this was a reminder of why they are bottom of the table, and winless so far this season.