Olawale Olaleye in Lagos and Kingsley Nwezeh in Abuja

New intelligence gathered and shared among Nigerian security operatives in the theatre of war has revealed that the reinvigorated Boko Haram terrorist group may have drawn strength from support by some foreigners of Arab origin, who not only supply and train the insurgents on the use of sophisticated weapons, but also fight alongside them. This is the first time an explanation of what has probably bolstered the fighting capabilities of Boko Haram is coming out.

Meanwhile, the Nigerian Air Force (NAF) said Saturday its airstrikes killed scores of terrorists from the Islamic State West African Province (ISWAP) and its local franchise, Boko Haram, in Durbada, Abaganaram, and Tumbum Rego in Borno State. And the Nigerian Army warned communities in the state against harbouring fleeing terrorists.

According to the intelligence report from the Nigerian security services, which THISDAY was privy to, the Arabs are supplying the terrorists sophisticated weapons, including drone technology, and training them on their use.

The New York Times had reported last week that Boko Haram was back, stronger, and better motivated, while the Nigerian soldiers on the battlefield were demoralised and demotivated. It added that the military’s weapons were in a state of disrepair. While alleging corruption as part of the factors hindering Nigeria’s defeat of the terrorists, the New York Times in the September 13 report authored by Dionne Searcey and titled “Boko Haram is Back with Better Drones”, claimed the war against insurgency might have suffered a major setback as Boko Haram militants still roamed the countryside with impunity.

The report noted that despite repeated claims by the Nigerian government that Boko Haram had been “technically defeated”, “A full decade into the war, however, Boko Haram militants are still roaming the countryside with impunity.

“Their fighters now have more sophisticated drones than the military and are well armed after successful raids on military brigades.” The report quoted local politicians and security analysts as some of its sources.

But the latest intelligence report, obtained by THISDAY, revealed that foreigners of Arab extraction were now fighting alongside Boko Haram, a development that has significantly changed the complexion of the battle to the terrorists’ advantage.
The intelligence, received early last week, painted a dire picture of the battle, describing how foreign elements of Arab stock have been recruited into the fight against the Nigerian state. It said the foreign fighters were being paid by Boko Haram to supply them weapons and train their men.

The development, THISDAY learnt, was responsible for Boko Haram/ISWAP’s recent gains against the Nigerian military.
Since Boko Haram pledged allegiance to ISIS a couple of years ago, there had been no known direct Arab involvement until now.
A Presidency source that pleaded anonymity confirmed that the federal government was in possession of the intelligence and was working to neutralise the new threat posed by Boko Haram and its Arab allies.

The source said last night regarding the Arab connection, “We are aware of their involvement and can assure you that it will not make much difference. The goal is to defeat the terrorists, no matter who is aiding or fighting alongside them.”

THISDAY also reliably gathered that the sophisticated drones and military hardware being operated by Boko Haram were actually being manned by the foreign Arab elements now operating in their midst. This, the intelligence report said, might have greatly improved the ability of the terror group to target military bases and overrun them with deadly efficiency.

Military sources have claimed that the Nigerian Army has struggled to hold the security cordon thrown around Maiduguri, as the terror groups have repeatedly tried to breach it, given its new firepower. All local government chairmen now operate from Maiduguri the state capital owing to the dire security situation in the state.

In the meantime, the Nigerian Air Force said its airstrikes were conducted following intelligence reports that revealed the locations of the terrorists.

An update on the war against insurgency provided by NAF Spokesman, Air Commodore Ibikunle Daramola, said, “In continuation of its sustained air offensive against terrorist elements in the Northeast of the country, the Nigerian Air Force (NAF), through the Air Task Force (ATF) of Operation Lafiya Dole, has neutralised scores of terrorists and destroyed their hideouts in separate airstrikes conducted at Durbada (also known as Bula Mongoro), Abaganaram and Tumbun Rego in Borno State.

“The raids were executed based on credible Human Intelligence (HUMINT) reports, which were also corroborated by confirmatory Intelligence, Surveillance and Reconnaissance (ISR) missions, that identified locations within the settlements that served as hideouts for the terrorists.”

Daramola said intelligence further showed that “at Durbada, a staging post from where the terrorists launch attacks against own troops locations, the intelligence particularly indicated that a high value Boko Haram Terrorist (BHT) leader had been haboured at the location for a number of days.

“The ATF therefore scrambled its aircraft Saturday to attack the identified harbour positions within the settlement. The attack aircraft scored accurate hits on the targeted locations, destroying some of the buildings and neutralising dozens of the terrorists.”

NAF said earlier attacks on Abaganaram and Tumbun Rego, which are both on the fringes of the Lake Chad, resulted in massive destruction of the terrorists’ structures as well as the killing of several ISWAP fighters.

In a related development, the Army Headquarters alleged that fugitives were escaping and taking refuge in Maiduguri and other towns in Borno and Yobe states, among other places.

The Army said following intensive pounding of terrorist locations by the combined forces of the Nigerian Armed Forces and the Multinational Joint Task Force (MNJTF), terrorists had begun to flee the fringes of Lake Chad to North and Central Africa as well as Sudan.

An Army statement warned those harbouring terrorists to report them or face dire consequences.

A statement by Army Spokesman, Col. Sagir Musa, said, “Following military’s unrelenting onslaught on the BHT/ISWAP hideouts, along the Lake Chad region and Northern Borno, credible information reaching the Headquarters of Theatre Command Operation Lafiya Dole (OPLD) indicates that some of the surviving criminals are seeking refuge in the homes of some unscrupulous individuals in some parts of Borno and Yobe States.”

The statement said the “fugitives have been escaping and taking refuge in the residences of some persons in Maiduguri, Damboa, Gajiram, Monguno, Damasak, Biu, Gwoza Dikwa, Benisheikh, Ngamdu, Bama, Gamboru, Konduga, Gajigana and other smaller towns all in Borno State.

Warning communities against habouring criminals, the statement said, “While we are making concerted efforts to trace and fish out the fleeing criminals, it is important to inform and warn all those harbouring the fleeing fugitives to report or hand them to the troops of Operation Lafiya Dole immediately. Failure to do so would attract severe consequences.”

It said locals should report suspicious and strange faces in their communities to the security operatives.

The Army also assured that normalcy had returned to Gajiram town following reports on Friday that insurgents had planned deadly attacks on the community. It said troops deployed to the town had started long range patrols while the Divisional Police Officer, his men, vigilante groups and hunters had returned to the town. 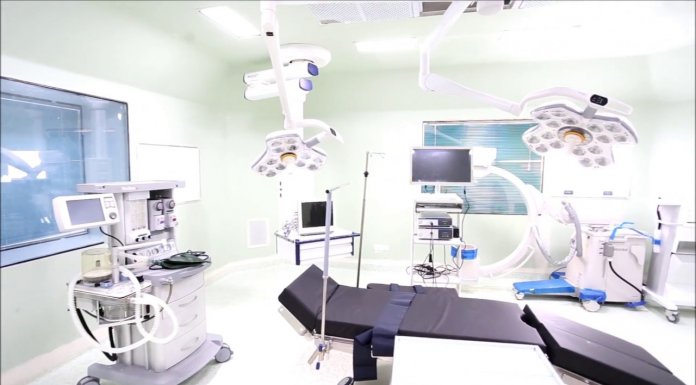