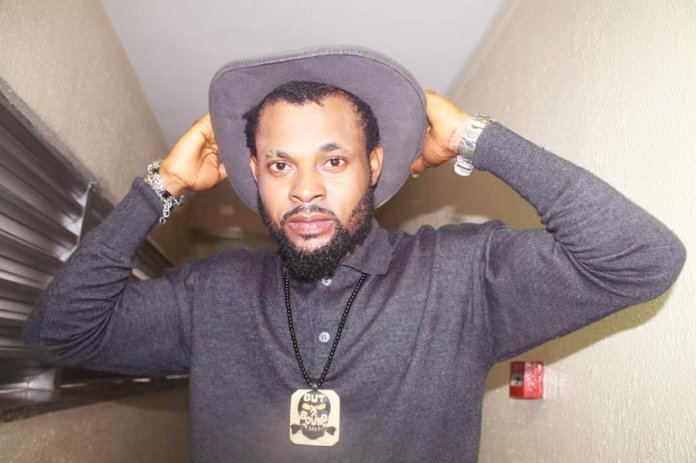 With a career spanning over 12 years, Bode Barry Solomon aka Solobarry consistently ups his game as a song writer, Raggae, R&B and Afro Hip-Hop artiste. He has worked with the likes of Terry G, Prince Banton and more and has continued to stun his fans and audiences with his ability to simultaneously bust out tasty bass parts and swinging rhythms. His journey to becoming an artiste dates back to his school days when he developed a huge passion for music, so much that he would always see himself singing in the dream.  Back then, music was part of his life to the extent that he could only understand what he was reading if he was listening to music. Today, he is living his dream despite initial setbacks and barring any unforeseen circumstances, come October 27, he will be releasing his latest song, ‘Aye Mama’, a wedding song. He shares all these and more with Chika Amanze-Nwachuku

I’m an artiste. I was formerly known as Barry J, but there was an artiste who was already bearing the name Barry J and he had recorded songs using the name, one of which is a very popular one. So I decided to change my name to Solobarry because of the fact that he had more fans and also because I know him personally. I have recorded some new songs with the name Solobarry. I have been in the music industry for 12 years. I have worked with the likes of Terry G and Prince Banton, and I’ve been making my game very real and tight.

Are there artistes that you drew inspirations from?

Yes they were. For example 2face and that is because he keeps his game very real, he is experienced and he is still doing his thing. So I love 2face. There is another person who I look up to and that is Chris Brown even though my style is different from his. I do not just stick to one genre of music. I am versatile. I do Reggae, R&B and Afro Hip-Hop. I have an Afro Hip-Hop song that is making waves for me and I just shot the video recently.

Have you released any song or collaborated with others to play any music that is currently making waves in the industry?

Later I started making new songs with the new name. The most recent song I have recorded is a wedding song and it has given me the opportunity to cover wedding events. I feel it’s the major hit that will start my music career as Solobarry.

What is the title of the new song that you will be releasing soon? What informed this title and when are you releasing?

The name is ‘Aye Mama’. It’s a wedding song. I just shot the video. The video is not out yet but I’m done with it. We are looking at last week of October, to be precise 27th, for the release. Aye Mama simply means being happy and celebrating something good. Someone had used the name Aye Mama in the past; in the eastern part of Nigeria. I think it was Osadebe, I’m not very sure.

What is your general view about the Nigerian music industry? Would you say it is getting better or worse?

It is getting better. There is money in music now. I mean, if you can make music and promote it well; definitely the sky is your starting point. Artistes are making music in a big way; keeping it real and making good money from it. Based on the few shows I’ve gone for, I know how they pay performers and it’s a good one.

For example, the last show I went for, “SLOT 20th Anniversary”, it was D’Banj and I that performed on that day and the pay was good.

What would you say are some of the challenges faced by Nigerian artistes?

Well, no one wants to support you because they are not guaranteed that their investment will yield something good in return. The radio presenters make it difficult for you if you don’t have money. It seems that you shouldn’t make music if you don’t have money. It’s not easy really. Most artistes need to be signed to a record label or get a sponsor to support them. Doing it yourself is very frustrating.

The challenge for new artistes is the money, how they can get recognised, get signed and get paid for their music.

With these challenges in the industry, especially the lack of sponsorship, do you think giving up on the dream will be the right decision, especially for new entrants or do you think it’s something worth doing?

Yes it is worth doing. For me, I’ve gone so far in this industry to think of giving up. I know a lot of musicians from when they started music and they know me. People like Wizkid, Davido, Orisefemi and P- Square all know me. My point is I can’t give up now. I believe that my song one day, sooner or later will be out there and many more people will know about me.

Do you aspire to take your music career beyond Nigeria?

Of course I do. Nobody will tell you that they don’t have aspirations to go international, to collaborate with artistes from other countries and feature in their songs. It is our prayer.

Tell us about your love life.  Are you married or are you getting married soon?

No I am not and I’m not getting married soon because I still want to pursue my career first. I do not want distractions right now.

What are your low moments in life? What are those things that you remember that make you feel so bad?

The death of my mom broke my heart. She really helped me a lot and she is not here to eat the fruit of her labour. So sometimes when I think about it, it breaks my heart.

That’s my low moment. It’s been almost a year since she passed and it makes me feel sad when I think about it.