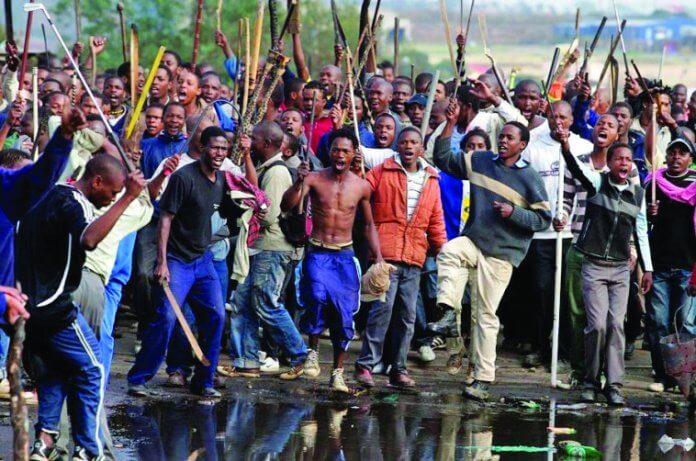 The relationship between the two giants of Africa, Nigeria and South Africa, is not at its best. And the reasons are obvious:  the xenophobic attacks are soiling up things.

The Nigerian government and its people showed great love to its South African brothers during the apartheid era. Beyond political support, Sir Abubakar Tafawa Balewa, Nigeria’s first Head of State and Prime Minister was the very first leader to provide a direct financial aid to the African National Congress (ANC) from the early 1960’s. Nigeria alone provided about $5 million annual subvention to the ANC and the Pan Africanist Congress (PAC) during the liberation movement in the 1970’s.

The Southern Africa Relief Fund (SARF) set up in 1976 by Nigeria which was known as “Mandela tax” was operated to bring relief to the victims of apartheid, provide educational opportunities for them and promote general welfare to the South Africans. Contributions were made by the then military administration of General Olusegun Obasanjo. Obasanjo’s personal donations and that of his cabinet members as well as students, civil servants and public officers amounted to $10.2 billion within six months.

With the SARF, hundreds of South African students benefitted from the funds’ activity which provided them the opportunity to study in Nigeria for free. Apart from welcoming exiles and students, Nigeria also welcomed prominent South Africans like Thabo Mbeki (a former President of South Africa from 1999 to 2008).

In trade relations alone, 83% was taken up by South African imports of Nigerian crude oil in 2012. With this increase, lots of South African businesses have continued to thrive in the Nigerian soil, putting many out of unemployment.

However, businesses of Nigerians in South Africa are not as big compared to the South African companies like Multichoice, Shoprite and MTN which are household names in Nigeria. The Nigeria-South Africa Chamber of Commerce serves to improve and facilitate bi-lateral trade relationships between Nigeria and South Africa.

The volume of trade has grown from the region of $1 billion in 1998 to about $3 billion now, although the Nigerian business people have expressed concern over the pace and perceived rapid expansion of South African business interests in the country.

As at 2011 it was estimated that 24,000 Nigerians lived in South Africa. Following series of xenophobic attacks on Nigerians living in South Africa in 2017 due to the involvement of some Nigerians in drug trafficking, prostitution and human trafficking, relationships between the two countries deteriorated. At the beginning, the attacks resumed with the destruction of Nigerian property in Johannesburg and its environs. An estimated 120 people have been killed since the attacks started.

The government of South Africa has remained silent on these xenophobic attacks on their fellow black counterparts, as no official comments condemning the acts were made until Nigeria rose up to the challenge. It was when Nigeria began a diplomatic row that South Africa issued a somehow belated apology. This has challenged the relationship between these two giants.

Nigerians are prone to leaving their country in search of a better life because of the economic downturn and the alarming unemployment level the nation is facing.

If the nation was corrupt-free and its leaders using the resources to develop the country, Nigerians would have rather stayed back to further develop their country rather than go beyond its borders to be attacked by their fellow Africans.

Although the government of Nigeria headed by President Muhammadu Buhari is said to be meeting with the South African government on the matter of its xenophobic attacks on Nigerian citizens, the government should provide the necessary environment to encourage its citizens to stop looking for greener pastures elsewhere.

There were some reprisal attacks from Nigerians who looted and destroyed properties owned by South Africans. This was uncalled for.

The Nigeria-South Africa relations have indeed gone sour. Although the blame goes majorly to the Nigerian government which has failed to secure its citizens within and outside its territory, South Africa needs to rise up on its own part to curb all the attacks on Nigerians, at least to reciprocate past gestures.

Nigeria will always stand by South Africa just as it has always done, because Africa remains the center piece of Nigeria’s foreign policy. That has been the position of International relations experts. No ties should be severed but Nigeria must be a giant to its citizens as well as the giant of Africa.

Ukpong Victoria is an intern with PRNigeria