It may not be easy to understand the politics that played out in Bayelsa State when Douye Diri, a former member of the House of Representatives and now the Senator representing Bayelsa, emerged as the flag bearer of the People’s Democratic Party (PDP), and even how David Lyon won the primaries of the All Progressives Congress (APC), after Timipre Sylva, a former governor and now Minister of State for Petroleum quit the race for the party’s flag, following his appointment.

Two candidates, Timi Alaibe for the PDP and Heineken Lokpobiri former Minister of State for Agriculture for the APC were highly favoured by bookmakers, but the two failed to get the tickets. Although there are other candidates from other parties equally struggling to move into the Creek Haven come February 2020 when Governor Seriake Dickson must have completed his two terms in office, in reality, only one of the two leading contenders would have it at the end of counting in November.

With 21 aspirants paying close to N441 million to the PDP for nomination forms, at the end of the day, three candidates, Senator Douye Diri, Dr. Nimibofa Ayawei and the SSG Kemela Okara became leading contenders. After counting, Diri polled 561 votes to beat other aspirants. Indeed, from outside the Restoration Group of Dickson, the closest to him was Alaibe, who scored 365 votes. Alaibe is also from Opokuma/Kolokuma area like Diri. The APC, after several squabbles, produced David Lyon who polled 42,138 votes to beat five other aspirants, including Lokpobiri.

For quite some time, there has been this disquiet and rancour in the state over the emergence of Diri and Lyon, with some opting to go to court to challenge the Governor Darius Ishaku-led PDP Bayelsa State Governorship Primary Committee which conducted the exercise in Yenagoa on September 4

It seems however that party elders in the state are beginning to look beyond the primaries and working on how to maintain the leadership position of the PDP in the state since 1999.

Before now, not many people understood or were in the know that Senator Douye Diri, representing Bayelsa Central in the Upper Chamber of the National Assembly, is no new player in the politics of the Niger Delta. Some felt that he was riding on the wings of Dickson, who does not want to hand over to an opposition party after serving for eight years.

Between 2012 and 2015, Dickson and Sylva had clashed over the governorship of the state, the former triumphed. Senator Diri is no doubt planking his campaign on the consolidation of the Dickson’s restoration blueprint. Diri, while unfolding his agenda, promised to give education in the state a boost and involve more Bayelsans in economic activities. He also pledged to sustain the tradition of the Dickson administration in many respects. Dickson indeed has given education the much-desired facelift and made it acceptable that Bayelsans are not inferior and could compete academically with others.

More so, Diri who for 10 years was a political associate of Ndutimi Alaibe understands the terrain well enough and has vowed to sustain the laudable initiatives and projects of Dickson if given the nod by the voters.

Diri said: “When we took over in 2012, (apparently referring to the Restoration Group), the policy thrust on education came about because there was a lacuna in our educational sector. So, the governor declared a state of emergency in that sector. “I believe, to a large extent, that he has ameliorated most of the gaps that we discovered when we came into power. For instance, Bayelsa State was lagging behind in all national examinations conducted. But today, Bayelsa is among the first six. That has been achieved to a level. I will continue with it and ensure that we go higher and become the state to beat because we have set a solid foundation to achieve that feat

“The economy will be next. Our local economy is neither here nor there. The sitting governor has tried to bring in solutions in agriculture, trying to look at our comparative advantage and I intend to build on that. I want us to have a local economy where our people will be directly involved. Today, the number of Bayelsans involved in economic activities is low. That will be one of our policy thrusts while not forgetting the issue of security. No government can thrive and do well without security.”

In the area of Revenue Generation, “we have not done badly. From a little above N500 million monthly, we have moved above N1 billion mark and still counting. With a strong economy, we will surely do more.”

Diri, the 60 years old Senator from Kolokuma/Opokuma area of Bayelsa State, before joining active politics taught in several government schools in the rural areas of the old Rivers State and was the First National Organising Secretary of the Ijaw National Congress (INC), the foremost organisation of the Ijaw Nation.

He was also the Executive Secretary, Centre for Youth Development in Bayelsa State between 2000 and 2002 and later the Commissioner for Youth and Sports (2005-2006) before his appointment as Council Member, University of Maiduguri (2008-2012).

He was also the Chairman of the People’s Democratic Party (PDP) Disciplinary Council, Bayelsa State (2012). In 2012, when Dickson emerged as the governor of the state, he was appointed the Deputy Chief of Staff, Government House, 2012 and the Principal Executive Secretary (2013-2014).

Diri won elections to the Federal House of Representatives to represent Kolokuma/Opokuma, and Yenagoa Federal Constituency, 2015, and proudly, as an Ijaw, he was not a push over in the Green Chambers when issues of importance were brought to fore in the 8th Assembly. He defended the interest of the Ijaw nation.

Diri from permutations is as good as getting the office, which informed his demand on the Independent National Electoral Commission (INEC) to be an unbiased umpire and the security agencies to be professional during the election. “We have a fight ahead of us but I don’t see our opponents as being so strong on ground to defeat the PDP. If we have a free, fair and transparent election, the APC cannot win even a councillorship election in Bayelsa State. It is all the hype about federal might by using security apparatus to intimidate or using INEC to write results. Our appeal is that the security agencies must be professional. INEC must remain an unbiased umpire. If there is that fair playing field, the opponents are neither here nor there to contest in this election,” said Diri.

However, with less than two months to the November 16, gubernatorial elections in Bayelsa State, the race looks more like a straight battle between the PDP and the APC, with David Lyon who is not known to have played active party politics before emerging as the party’s flag bearer. It is believed that Lyon’s entry into the race altered the political calculations for the APC.

Many observers may want to dismiss the fact that the APC cannot spring any surprise if INEC and the security agencies do not bring in federal might to disrupt a free a fair election.

Political observers are of the view that aside being a business man and oil contractor, Lyon has not held any political office apart from being a community youth leader and chairman of Rural Development Area, arguing that he lacks the requisite experience expected for the position of an executive governor.

Moreover, apart from being a close associate of Sylva, they argued that he is not a party man and lacks the personality clout of a governor as he is barely heard in public. But his ardent supporters, including the party hierarchy, ex-militant leaders, and of course the leader of the party Chief Sylva and his foot soldiers are convinced that he remains the only one that can challenge the PDP establishment

According to Lyon, he would win the November 16 governorship election with the sole mission of accelerating development in Bayelsa so as to attract investments.

Lyon, though not known beyond his surveillance and oil pipelines security contract with multi nationals, has equally stated that his desire for the development of Bayelsa was the reason why all his business investments are located in the state and that he yearns for the development of infrastructures which would attract huge investments, make business thrive and create wealth in the state.

Even as many believe that he does not have the capacity to govern the state, he dismissed claims while stating that his political team is ready to sell his vision to make life better for all Bayelsans.

Lyon said: “My team is 100 per cent ready. I have been in politics for long. I have also contested elections in the past. I am a politician, as well as a businessman. But somehow, I became a bigger businessman because of hard work, God’s blessings and my managerial skills. I also spend a lot of my time building my political relationships.

“So, I didn’t just enter politics today. Many may have forgotten that I contested the House of Assembly election with the former Speaker Kombowei Benson but later stepped down for him to complete his second term in office. If I don’t have political ambition, why did I join politics and remain there till now? I love Bayelsa State and most of my business investments are domiciled in the state. I believe I have everything it takes. In my private business, I have demonstrated the willingness and employed several youths in David Lyon Company in the past six years.” 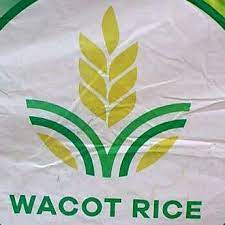