Nigeria and the World Bank have begun talks for a loan of $2.5 billion in a new tranche of concessionary lending by the multilateral financial institution.

If the World Bank grants Nigeria the loan, it would shoot up the nation’s debt burden to over $83 billion mark.

“We’re talking about a new set of programmes of about the same amount, it should be around $2.5 billion,” he said.

Ghanem, in another interview with THISDAY, also supported the ongoing bid by the federal government to jack up Value Added Tax (VAT) from the extant 5 per cent to 7.2 per cent.

Faced with revenue shortfalls as the output and price of oil, Nigeria’s main export, fell in the past five years, President Muhammadu Buhari’s administration has increased borrowing to finance government spending.

The country’s total public debt, comprising the federal government, states and the Federal Capital Territory (FCT) debt stocks, stood at N24.947 trillion or $ 81.274 billion as at March 31, 2019, according to data from the Debt Management Office (DMO). The figures indicated that the external debt also increased by N101.646 billion in three months.

To ease the mounting debt burden, Nigeria has sought more credit with low interest and long repayment periods from institutions, including the World Bank and the African Development Bank.

Nigeria, which vies with South Africa for Africa’s biggest economy, has made a sluggish recovery since a 2016 contraction, with Gross Domestic Product (GDP) expanding only 1.9 per cent in the three months through June, slowing for the third consecutive quarter.

The World Bank in April lowered its 2019 growth forecast for Nigeria to 2.1 per cent, from 2.2 per cent.
“The current economic performance of Nigeria is not enough to reduce poverty,” said Ghanem. “We need to accelerate growth.”

The World Bank’s focus in Nigeria is to lift about 100 million Nigerians, half of the population, out of poverty, with special emphasis on women’s education, expanding digital opportunities and solving a power crisis that hobbles economic activities.
“It’s important to resolve the problems of the power sector in Nigeria to bring in more investments because you need to bring down the cost of power to make the economy more competitive for the development of industries,” Ghanem stated.

Also, as part of the federal government’s efforts to generate more revenues, it has unfolded plans to raise VAT by 2.2 per cent, a move the World Bank described as laudable.

It said for the government to be able to fulfill its obligations to the people, it would need to raise taxes as well as broaden the tax base to strengthen its fiscal position.

The World Bank said the current rate of economic growth was incapable of poverty reduction.

It said the country should also embrace the digital economy to fast-track its developmental aspirations.

Ghanem told THISDAY that it had become inevitable for the federal government to raise VAT as well as explore other strategies for domestic resource mobilisation to boost revenue needed for investments in infrastructure, including power, education, health, agriculture, as well as the digital economy.

According to him, Nigeria’s growth, which has averaged two per cent in the last two years, is “not enough to reduce poverty.”

He said to make the desired impact however, the economy needed to grow by an average of between five per cent and seven per cent annually- much faster than the population growth rate of 2.62 per cent.

Ghanem also said the country’s VAT remained one of the lowest when compared with neighbouring countries and around the world, adding that total government revenue which stood at about eight per cent of GDP and tax revenue of only about four per cent of GDP were inadequate if growth must be impactful and inclusive.
“If we look at a country like the United States for example, their tax-to-GDP ratio is more than 20 per cent; in Europe, it is close to 40 per cent. And in countries which are much less-developed than Nigeria, we see that the minimum should be around 15 per cent tax to GDP,” he added.

However, he warned that though domestic resource mobilisation remained an important factor to drive growth, “that does not mean that you should go and over tax a few groups and kill your industry.”

On economic diversification, particularly into agriculture, he said government should increase productivity by investing in new technologies and improving information to farmers.

He stated that it was important for government to link farmers to markets and also provide opportunities for agro-processing to enhance value addition and profitability.

“To develop agriculture, you need to invest in agriculture and you need to make agriculture more profitable.
“In order to fight poverty you need several things. First, you need to get the economy to grow faster. The Nigerian economy has been growing within the past two years at two per cent and that is not enough to reduce poverty.

According to him, the federal government is already working towards improving the narrative while the World Bank is also doing its best to support the Nigerian government’s efforts.

He stressed the importance of human capital development, especially the need to empower women.

He said the federal government needed to drive “economic transformation and also diversify the Nigerian economy, develop industries, agriculture and in that regard. I would stress in today’s economy that you need to invest in the digital economy.

“Digitalisation and the links to the rest of the world, access to technology and information are becoming increasingly important for the growth of industry, agriculture, services.

“I will say that Nigeria has a comparative advantage because you have a young, creative entrepreneurial Nigerians who if given access to the digital economy, will create a lot of economic development and growth.

“If you want economic transformation, you need to also ensure adequate infrastructure, including power and improved transportation.” 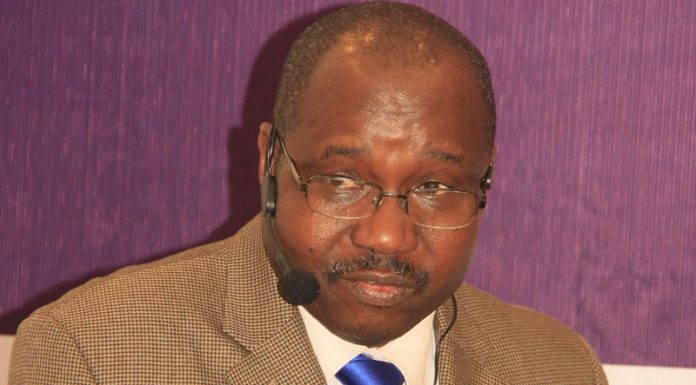