The struggle for the self-determination of the people of Western Sahara has taken a new dimension as the proponents of self-rule said that they would henceforth adopt the method used in ending the inglorious apartheid regime in South Africa.

Addressing journalists at the headquarters of the Nigeria Labour Congress (NLC) in Abuja yesterday, the Nigerian Movement for the Liberation of Western Sahara (NMLWS) said that they would commence a campaign to stop Nigerian companies from buying stolen phosphate, fertilizer and fishes from Morocco.

The Movement, which has a former minister of foreign affairs, Prof. Ibrahim Gambari as its chairperson, said it was working with other coalition members, including the NLC, Trade Union Congress (TUC), Academic Staff Union of Universities (ASUU) and 17 civil society organisations to seek global action to end the military occupation of Western Sahara by Morroco.

The former president of the Academic Staff Union of Universities (ASUU), Dipo Fashina who read the group’s statement at the press conference, said the people of Western Sahara had decided to deploy legal means as well as use those strategies that forced the then apartheid government to grant freedom to South Africa.

Speaking on the new strategy, Fashina said that the group and its labour coalition would mobilise workers and civil society activists to picket every entity linked to Morroco in Nigeria.

“After giving this notice to the Nigerian companies dealing in stolen Western Sahara resources, we will picket them across the country and bring them before our courts. This also includes supermarkets selling sardines and fishes from Morocco because 92 per cent of these fishes are stolen from the Western Sahara coast,” he said.

Fashina also said that Western Sahara has appointed prominent constitutional lawyer, Mr. Femi Falana (SAN) and Frenchman, Maitre Gilles Devers, to act as their attorneys in helping to prosecute the next phase of the struggle for self-rule.

“We also welcome in our midst Maitre. Gilles Devers, the European Lawyer of the Sahara Arab Democratic Republic , SADR (also known as Western Sahara) Mr. Femi Falana, Senior Advocate of Nigeria (SAN), lawyer of the SADR in Africa and a member of this organization, and His Excellency, Ambassador Oubi Bachir, former SADR Ambassador to Nigeria and its current Representative in France,” he said.

The movement further demanded that the African Union (AU) should take serious measures to protect its member, the Saharawi Arab Democratic Republic by issuing Morocco timeline to vacate the Western Sahara and to apply sanctions if it fails to do so.

While accepting the legal brief, Falana advised the federal government to refrain from further illegal deals with Morocco as it affects the plundering of the resources of the Western Saharan people, in order to avoid a repeat of the $9.6 billion botched contract deal with P&ID.

He also warned Nigerian companies allegedly conniving with Morocco to market products exported from the disputed territory to desist henceforth or be prepared to face legal action which might see them being asked to pay reparation or damages.

On his part, Devers said that some sort of progress has been made in the struggle for Western Saharan people as Morocco has relinquished its sovereign claim over Western Sahara .

He said that at present Morocco’s stay in the disputed area can be regarded that of an army of occupation. 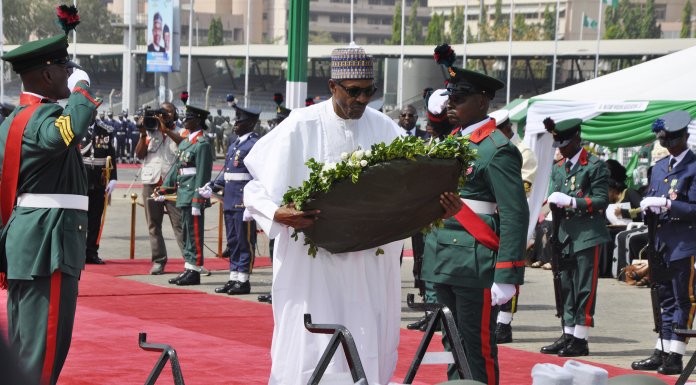 THE UNDER-CELEBRATED MEN OF VALOUR