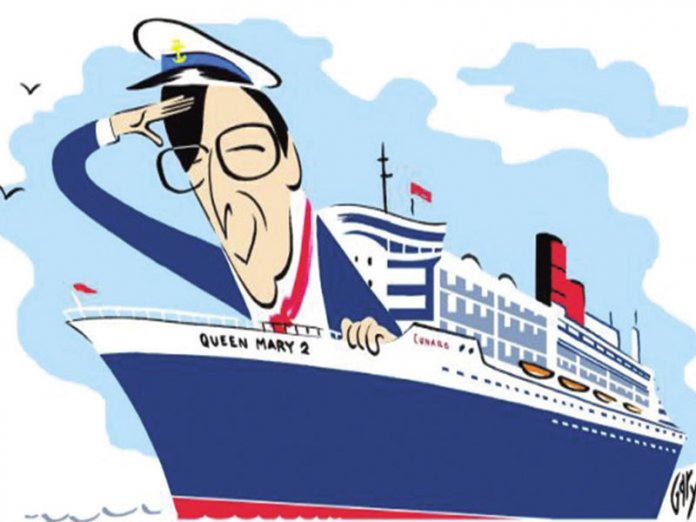 For shippers in the West and Central Africa, it has not been the best of times with foreign ship-owners. The shippers have been hit hard with a lot of surcharges over a number of excuses. And this has been so for many years now.

While some of the surcharges can be understood because of security and infrastructure issues, some are described as simply designed as a rip-off. Incidentally, this is not the case for shippers in other advanced countries.
But African shippers have to succumb to the dictation of ship-owners if only to remain in business. This weakness of ‘no choice’ on the part of the African shippers has in turn become a big business advantage for the ship-owners.
Worried about the negative effect the surcharges are having on the economy of each country, shippers’ councils from the West and Central African continent recently took a decision to confront the ship-owners.

Surcharges
Among the surcharges being imposed on shippers by different ship-owners include bunker adjustment factor, currency adjustment factor, war risk surcharge, congestion surcharge, peak season surcharge, extra risk insurance surcharge, freight rates surcharge and port operation recovery surcharge. At a meeting of Union of African Shippers Council (UASC) hosted by the Nigerian Shippers Council (NSC), participants expressed concerns that most of the surcharges which are supposed to be temporary measures to address some issues are still being collected even when those problems necessitating the charges have been solved. Participants had honestly identified issues of infrastructure that have affected trade facilitation. They had also identified security issue in the Gulf of Guinea that has also affected trade, but expressed dismay that even when such issues have been taken care of, most ship-owners still impose surcharges on shippers from the continent.

United Action
At the meeting of the UASC, the 16 member countries, including Nigeria, took a decision to confront the foreign ship-owners and their agents. The Union said it will take the matter to the Global Shippers Forum (GSF) which will be meeting in London soon. Participants at the meeting had welcomed suggestions by the Executive Secretary of the Nigerian Shippers Council (NSC), Mr Hassan Bello, on how best to curtail the excesses of the ship-owners and their agents.
As the Chairman of the Standing Committee 1 on Trade and Transport, Bello said it was time for member states to confront the foreign ship-owners to save individual shippers as well as the economies of the sub-region.

Bello was of the view that shippers’ councils must be consulted by the ship-owners for negotiation in the event of any new surcharge. He advised that individual shippers who are always ready to pay such surcharges to first ask questions on their components and be satisfied before making payment.
He reminded the shippers of the negative effect of such decision on the economies, adding that this was capable of causing inflation.

Bello explained that being part of the decision making before new charges are introduced was the best for all, including the ship-owners, as they will be in a position to explain the reason for such charges in what can lead to cordial agreement with the shippers.

“We can do a lot of things through legislation. If the European ship-owners remain on their feet that we cannot be part of the negotiation, we use legislation. But there is no law that can say we cannot talk to them”.

“If we cannot negotiate charges, if we cannot reduce charges, if we cannot fight arbitrary charges not only on behalf of shippers but for our national economies, then we should be dissolved. These charges are affecting our national economies. It affects inflation because all the charges are passed to me and you as the final consumers. It means that the standard of living will reduce drastically because of the issue of affordability.

“If there is monopoly then we don’t have choice. So we are doing this not only for the shippers but also for the service providers. I want shippers’ councils to be total, to look at the whole economy. We should work towards having the law so that we can do what we ought to do”.

Bello’s suggestions on how to tackle the ship-owners were unanimously adopted by members. The suggestions by Ghana, Cameroon and others for the constitution of experts to identify unfair trade practices in individual countries for presentation during the GSF meeting in London were also adopted. The Union is to reach out to similar organisations in Latin America, Asia to learn from them what they have been able to do on issues of illegal charges.

Participants agreed that the Councils were not out to deny ship-owners or their agents of profits, but want regulations to be obeyed.
According to Bello, “We are not denying you profitability or anything. You should make profit. You should benefit, in fact you are employing people, you are creating wealth in our country, but there is limit. We have ethics. It is mutual respect”.

Vice President Yemi Osinbajo had on the occasion said the federal government was disturbed by the negative effect of such surcharges on the national economy.
Osinbajo who was represented on the occasion by the Minister of Transportation, Hon. Rotimi Amaechi said what is more worrisome is that affected countries were usually not consulted by the shipping companies when such surcharges are being imposed.

He said that the process of introduction of the surcharges lack transparency as they are not based on verifiable and available statistics.
Osinbajo described the unilateral and arbitrary imposition of such surcharges on cargos bound for the sub-region as a contradiction of the norms and ethics of maritime transport.
He also said the surcharges amount to huge sums of illegal capital flight from the countries of the sub-region depleting their limited foreign exchange/reserves.

“For instance, data obtained from Nigerian Shippers Council’s confirmation of reasonableness of demurrage charges for Central Bank of Nigeria revealed that more than N2billion is repatriated by multi-national shipping companies in a quarter of a year”, he said
The Secretary General of the Global Shippers Forum (GSF), Mr James Hookham opined that members of the sub-region should rise against the surcharges through legislations.

For instance, Hookham said Sri Lanka introduced an all inclusive freight law that has checked such arbitrary surcharges by carriers.
He read the Sri LKank regulation as follows: “No licensed service provider shall charge from an exporter in Sri Lanka any charge other than an all inclusive freight rate… where the carrier is contractually liable to pay… for the carriage of goods from origin to destination as specified in the Bill of Lading or forwarder’s cargo receipt”.

Infrastructure issue/security
Governments from the sub-region were reminded of their responsibilities in addressing issues of infrastructure in the port environment. For instance, member states were advised that ships calling at the ports do not have to be delayed as a result of issues of infrastructure and corruption. The countries were advised to embrace automated services with state of the art cargo handling equipment that will ensure improvement on the turnaround time for vessels calling at the ports. This would stop the shipowners from imposing arbitrary charges. On the issue of insecurity, members were advised to call on their respective states to fight against piracy in their territorial waters. Noting that the problem in the Gulf of Guinea has led to imposition of surcharges because of the extra costs incurred by shipping lines which in some cases now carry on board armed guards, member states supported the ongoing move championed by Nigeria for a joint action by governments of the region against piracy.