Edo State Governor, Mr. Godwin Obaseki, has said his administration will continue to collaborate with religious groups in addressing societal ills that impede development in society.

The governor disclosed this during a courtesy visit by the General Overseer, Spirit and Life Family Bible Church, Apostle (Mrs.) Deb’rah Eunice Gordon-Osagiede at Government House, in Benin City.

He noted that his administration will continue to seek the collaboration of the Church to deal with societal challenges, adding, “When I see what you and other genuine men of God do for the society due to the irresponsibility of some political leaders, I respect you and other true men of God.

“When government fails and abdicate their responsibility to the citizens, the church and other religious bodies pick up the pieces. When people can’t feed, get quality healthcare and are sick and hungry, they run to the church for refuge. I sometimes wonder what would have happened if churches didn’t exist in our society. I don’t take your contribution for granted.”

He added: “The award you received in the United States is an acknowledgement of your acts of faithfulness, dedication, commitment and diligence to mankind. You have used God’s gift and resources to make life better for the people not at home alone but the world in general.”

Earlier, Apostle Gordon-Osagiede commended the governor for his developmental strides in the state, noting that she visited the governor to inform him of the global award she received in the United States.

She said she was honoured with the 2019 Top Global Women of Excellence Award for her contribution to her community as well as meeting the needs of the downtrodden in the society.

She added, “Out of 150 women nominated for the award, 20 qualified after screening and I was the only African and Nigerian to receive this award in 2019 for my contribution to the development of the society. I do a lot of work for the vulnerable, widows, orphans; advocate against human trafficking, drug abuse, and rehabilitate ex-convicts.” 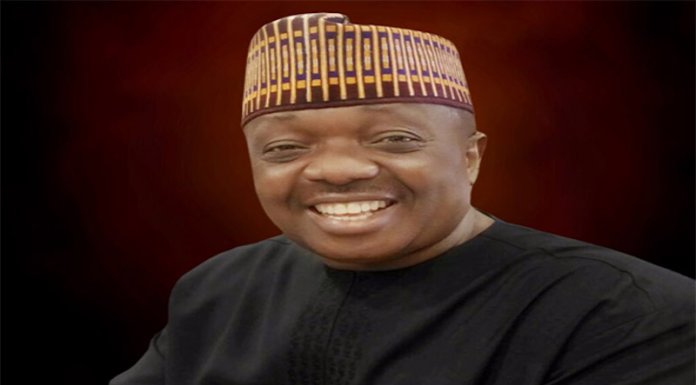