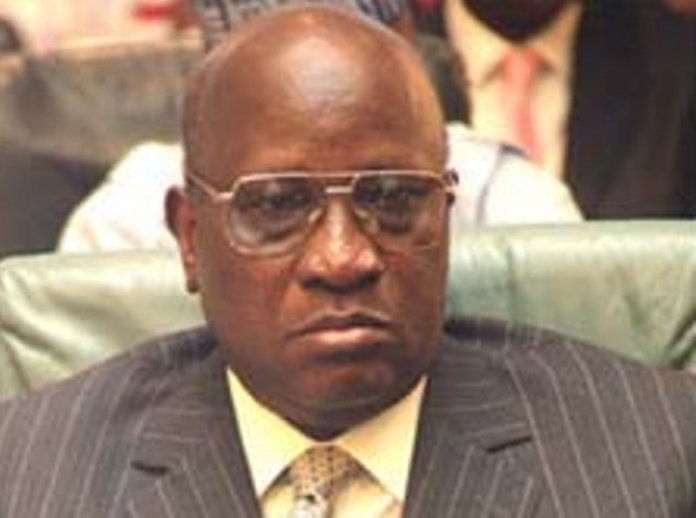 Former Chief Justice of Nigeria, Justice Alfa Belgore, who has been a regular visitor at the Economic and Financial Crimes Commission (EFCC) Headquarters, Abuja for a couple of weeks, might have been indicted by the anti-graft agency for misconduct, THISDAY has learnt.

The commission’s conclusion might have arisen from his alleged breach of Section 5 (1) of the fifth schedule of the 1999 Constitution as altered, which prohibits former public officers of his status from offering their services to foreign company or interests, an EFCC source told THISDAY last night.

According to legal experts, the mischief, which the law seeks to cure, is to prevent foreign concerns from taking undue advantage of the wealth of sensitive information and knowledge of the workings of government these categories of public officers have against the national interest.

In consideration of this restriction, said a legal luminary, government awarded these erstwhile public officers, huge payouts at the end of their tenure to compensate them for possible loss of revenue arising from their inability to apply their rich knowledge for personal benefits after office.

“In the case of former chief justices,” said the senior lawyer, “the severance allowance is hefty: N2.8billion.”
Belgore, THISDAY gathered picked up this hefty payout when he exited in 2008, collecting N2billion in cash and N800million for a house of his choice.

With this huge fund, an EFCC official told THISDAY, the former CJN had been bonded not to act for any foreign interest.
But Belgore appears to have been indicted by the anti-graft agency for a breach of this constitutional bond for acting as a legal consultant to a British Virgin Island company, Process and Industrial Developments Limited (P&ID), which picked up a huge $6.6bn arbitral award in a 2013 dispute over a failed gas to power deal with the Nigerian National Petroleum Corporation (NNPC).

By 2019 when the company, owned by Irish men, got an enforcement judgment from a United Kingdom commercial court in London, the award had grown by $3billion, increasing Nigeria’s total liability to $9.6billion.
It is EFCC’s contention that the foreign country got this colossal pay on the back of an expert legal opinion rendered to it by Belgore.
The former CJN had in a legal opinion to P&ID resolved the two substantive issues in the dispute in favour of the foreign company against the NNPC, saying that the corporation was not only in breach of the said contract but also liable to pay compensation.

It is the opinion of the EFCC, said a senior official, that this advisory, coming from a former CJN, must have had a strong influence on the London arbitration tribunal, which adjudicated the matter and eventually found Nigeria liable in a split decision over quantum of award.
The official noted that it was interesting that while the Nigerian on the panel, Chief Bayo Ojo, also former attorney-general of the federation, found Nigeria liable but awarded $250 million as compensation, the other two panelists of British origin, Lord Hoffman and Sir Anthony Evans, had no inhibition granting the British Virgin Island company the fat $6.6 billion compensation.

“No doubt, the foreigners must have come to the conclusion that if a former chief justice of Nigeria could find the country liable, he must have done so with his abundant knowledge of the Nigerian law,” said the EFCC official.
THISDAY learnt that while Belgore’s lawyer, Mr. Tunde Fagbohun, a silk; worked on the initial draft of the opinion, Mr. Dele Belgore, another silk and brother of the former CJN, was said to have written the second and controversial draft that did the damage to Nigeria’s interest.

Both of them have been questioned by the EFCC for what an official called “accomplice to the fact of grave constitutional misconduct by a former judicial officer.”
It was not clear last night the forum for the prosecution but legal experts said being a misconduct by a former public officer, the most appropriate place would be the Code of Conduct Tribunal.

An EFCC official and several other lawyers, however, voiced concerns yesterday at the rate at which former judicial officers were making their wealth of experience and influence available to foreign interests against the national interest.
The concerns became rifer when it was found that another former justice of the Supreme Court, Justice George Oguntade, now High Commissioner to the United Kingdom, was fingered in another legal suit involving Esso Exploration and Production Nigeria Limited and the NNPC over a sore contract.

Although he is not caught by the restraining section of the constitution, lawyers feel that a former public officer of his status and close associate of President Muhammadu Buhari, ought to have been more circumspect in dealing with foreign interests, like Mobil in matters that affect Nigeria.

While Esso, based on the former justice’s legal opinion, got $1.8 billion award, an enforcement proceeding failed on September 4, when a US District Court presided by William Pauley III dismissed the company’s application against Nigeria in New York.

An online portal, Premium Times, had reported extensively opinions of lawyers who said the P&ID case presented a clear conflict of interest, and more importantly, that Belgore violated the constitution by choosing to offer his service to P&ID.
It also cited Section 5 of the Fifth Schedule of the 1999 Constitution, which prohibits former presidents, vice presidents, Chief Justice of Nigeria, governors and deputy governors from working for foreign companies or enterprises.

“I think by virtue of Section 5(1) of the fifth schedule of the Constitution, he is barred. He is prohibited from doing any work for foreign companies or enterprises, P&ID is not a Nigerian company, is not registered in Nigeria. So, it is a foreign enterprise,” it quoted an Abuja based lawyer, Mr. Abdul Mahmud, as saying. 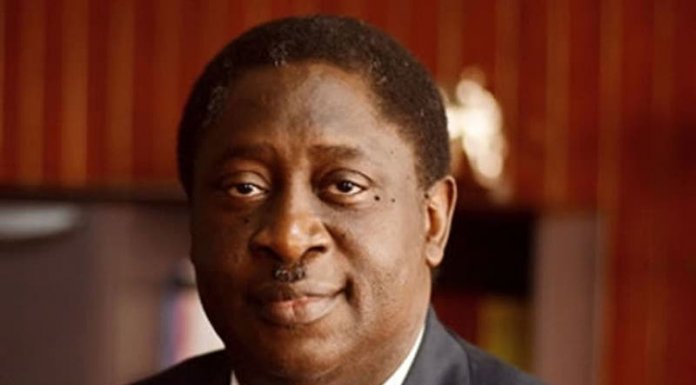