Despite the N1.3 trillion spent on education since the inception of President Muhammadu Buhari’s administration in 2015, public universities are still groaning under dilapidated facilities due to underfunding, THISDAY’s investigation has revealed.

Buhari, who recently revealed how much his administration has spent so far on education at the inauguration of the Central Bank of Nigeria (CBN) Centre of Excellence, Ahmadu Bello University (ABU), Zaria, said the amount excluded monies spent on overheads and personnel costs.

But despite this huge spending, THISDAY’s visits to some selected universities revealed sorry state of facilities, especially poor accommodation and inadequate poorly-equipped libraries and laboratories, as well as poor remuneration of lecturers.

Also, stakeholders in the university system told THISDAY that the funds allocated to the sector were merely scratching the surface, as the system needs an overhaul, which will require massive injection of resources.

The Vice Chancellor, University of Ibadan, Prof. Idowu Olayinka, told THISDAY that “the federal government pays our salary, which for the most part is too low, compared to what operates in the private sector within the country or peer institutions in other parts of Africa, not to talk of Europe, America, Middle East, Far East and Australia.”

According to him, the poor salary structure has resulted in brain drain with many of the university’s early career researchers leaving the country for greener pastures.
He said for at least the past 44 years when the number of federal universities increased from two to 13, “we have not been able to operate a needs-based budget.”

“In its stead, what we have is the ‘envelope system’ whereby each federal university is given a sum of money and it is expected to fulfill all its obligations within the available funds. This has given rise to the term ‘shortfall’, which represents the differential between the required and the available,” he added.

According to him, underfunding of the university system has been the major source of conflict between staff unions and the federal government since mid-1980s.
He said: “This is the main reason why our academic calendar is highly unstable. The system has lost at least four years to union strikes in the last 30 years.

“This is obviously not the way to build a world-class university on a sustainable basis. It accounts for why many of our young persons migrate to other countries where the academic calendar is stable and predictable. Foreign students find our universities unattractive for the same reason. The poor remuneration to faculty makes it nearly impossible for A-rated foreign scholars to take employment in our public universities.

“Since we have difficulties in internationalising either our student body or the faculty, we have little showing on any of the prestigious ranking bodies such as the Academic Ranking of World Universities or the Times Higher Education.”

The vice-chancellor stated that UI’s major challenges include equipping and modernising its laboratories and studios, while the institution needs to build additional lecture rooms and auditorium to cope with the increasing student population.

“We need to build additional hostels for our students and maintain the existing ones. Ibadan was conceived by our founding fathers as a fully residential university, but we have been finding it very difficult to keep to this since 1973 even with the modest student population then. As of this year we have a total student population of 32,000, while the number of bed spaces is just about 10,000. Staying off-campus is not very attractive to many of our students who are unable to secure campus accommodation; hence many of them squat with their friends thereby over-stretching our ageing infrastructure,” he said.

He added that it is ideal for the university to sponsor its staff to attend at least one foreign conference each session, which would cost about N2.5 billion per session.
“But in a good year, we are only able to muster N100 million from both the TETFund and internally generated resources,” he stated.

On his part, Obafemi Awolowo University (OAU), Ile-Ife spokesperson, Mr. Abiodun Olarewaju, said when the university was established in 1961, the number of enrolled students then was small and some of them came on scholarship and they had three square meals per day, but as time went by, the enrolment started increasing based on the population explosion and priority attached to education in the western part of the country, where the institution is located.

He said: “The number of students we have is on a very high side and the number of facilities we have cannot match the numerical strength of the students we have at present. We have more than 25,000 students and we don’t charge tuition in this university. Though the government is trying, we will appreciate a situation where the UNESCO standard is followed so that everybody will be happy and things will move on smoothly.”

Also the spokesperson for the University of Lagos, Mrs. Taiwo Oloyede, said the federal government was providing only a little percentage of the funds used in running the university, adding that the institution augment its expenses from its Internally Generated Revenue (IGR) for maintenance and running of the school.

According to her, “The university also relies on national and international trust funds, people of goodwill, corporate organisations and individuals for constructions, endowment of funds, among others.

“In addition, due to its swampy terrain, the university is faced with the challenge of very high cost of building. This notwithstanding, management is unrelenting in its efforts to get private investors to build on Build Operate and Transfer (BOT) basis, as well as support the funding of the university in general. The shortage in funding puts a strain on facilities on the university campus such as hostels, classrooms.”

At the University of Benin, the Chairman of ASUU, Prof. Anthony Monye-Emina, who is of the Department of Economics, said the university is faced with numerous challenges in all departments, especially the academic section.

He also accused administrative and governing councils of poor management of even the little funds provided by the government.
He said: “Gross underfunding and poor management of available funds by administrative and governing councils have not helped matters in the university system over the years as facilities deteriorates, which has undermined quality of teaching and learning.”

He, however, said it was only recently that the federal government took the issue of funding seriously because of the efforts by the Minister of Education, Mallam Adamu Adamu, who has been making efforts to make government see why it should adequately fund universities.
Monye -Emina said with the coming back of Adamu as education minister, there is hope that he will continue in that light to get government cooperation to adequately fund universities beyond the present handouts.

Reacting to Buhari’s claim that his administration has so far spent about N1.3 trillion on the education sector in the last five years, Academic of Staff Union of Universities (ASUU) President, Prof. Biodun Ogunyemi, told THISDAY that there was nothing to support such claim in terms of the turnaround of the nation’s universities, stressing that the universities still lacked the facilities to operate properly.
He said only N220 billion has been allocated to the universities by the federal government out of the N1.3 trillion it agreed to provide within the period of 2013 to 2018.

According to him, a framework for achieving this kind of revitalisation of the country’s universities is provided by the federal government’s Committee on Needs Assessment of Public Universities set up in 2012.

He said following the reports of the NEEDS Committee, ASUU pressed for the implementation of its recommendations with a strike in 2013 resulting in the signing of an MoU with the union.

“This agreement on massive injection of funds into the system was meant to transform and reposition Nigerian public universities for global reckoning. Unfortunately, however, only N220 billion has been released to date, out of the promised N1.3 trillion under the Needs Assessment Intervention regime,” he said. 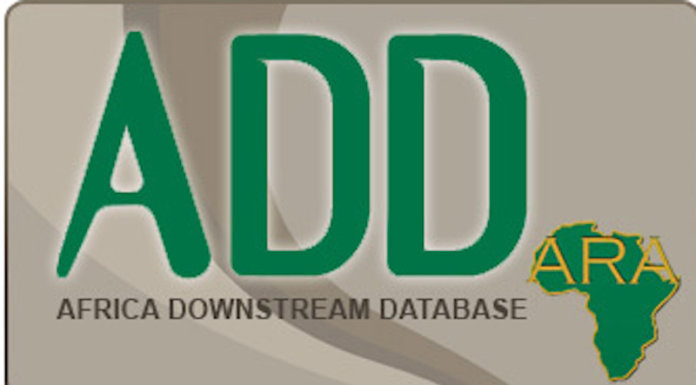