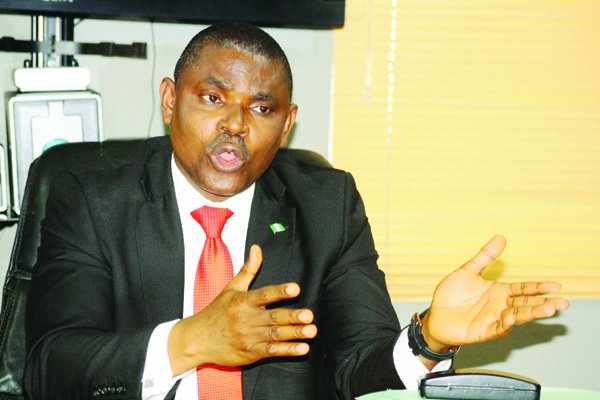 A former Executive Secretary of the Financial Reporting Council of Nigeria (FRC), Mr. Jim Obazee, has advised the federal government to declare emergency in financial reporting in the country.

Obazee, gave the advice while speaking at the 13th edition of the Nigeria Media Nite-out 2019 (NMNA), that took place in Lagos, where he was recognised as the ‘Icon of Financial Reporting.’

He said the advice emanated from a newspapers article whereby the Auditor General for the Federation, Mr. Anthony Mkpe Ayine, was lamenting the state of financial reporting in public sector.

“An analysis of the report showed that government agencies, despite the anti-corruption campaign, have increasingly become more reckless with public finance, with 323 agencies failing to submit reports in 2016. In 2015 and 2014 however defaulters numbered 215 and 148.”

Owing to the statement by the Auditor-General, Obazee said, what frightened him was that as of 19th August 2019, “we are supposed to be talking about audited financial statements for 2018 financial reporting year…not 2016!”

To this end, he wondered, “If this is the situation with those managing governmental, proprietal and fiduciary public funds, what should we now be expecting from private sector entities especially many of the listed companies with shareholding structures that are diabolically skewed, a situation where less than 50 persons own controlling shares (51%) despite carrying minority shareholding of well over 500,000 persons?

“I dare say that although the listed entities may have 2018 financial statements, but how reliable the figures are, when tested against international accepted benchmarks?”

Therefore, he called on the federal government to, “declare emergency in financial Reporting and direct cabinet ministers to write to MDAs, under their supervision, to submit their audited financial statements for 2016 to 2018.”

According to the former FRC boss, treating accountability and financial reporting with levity was a recipe for disaster.

“That there is still calm after this report of the Auditor General, I dare say that the agencies have been emboldened to ignore financial reporting regulators who are supposedly gatekeepers in this entire compose.

“The Nigerian public should not sit and watch by the sidelines, we should write to our representatives in the National Assembly, drawing their attention to this damming report from the Auditor General for the Federation and requesting that the entire report be made public and investigated.

“As Nigerian, we should be reflective. If you are told that a particular product is free, inferring that you can have the product without paying anything to own it, it means that you are the product. “Accordingly, we are the biggest losers from this damming report and the calm that is accompanying it.

“We should stop leaving issues to ecclesiastical interventions as God may provide the food but He will not cook the dinner,” he added.