Home Breaking CJN Tasks Judges on Speedy Dispensation of Justice
Share
WhatsApp
Facebook
Twitter
Email
Google+
Pinterest
Linkedin
ReddIt
Print
Tumblr
Telegram
StumbleUpon
VK
Digg
LINE
Viber
Alex Enumah in Abuja
The Chief Justice of Nigeria (CJN), Justice Ibrahim Mohammad, on Tuesday charged judges in the country to redouble their efforts in the discharge of their judicial duties, so as to ensure speedy dispensation of justice.
The charge was predicated upon the need for the judges to decongest their courts of the high volume of cases therein.
Mohammad, who gave the charge at the 35th Annual Conference of the Judges of the Federal High Court, reminded the judges that much is being expected from them due to the pivotal role their court play in justice delivery in the country.
Just two days ago, the Acting Chief Judge of the Federal High Court (FHC), Justice John Tsoho, had while declaring open the 2019/2020 legal year of the FHC, made a case for the engagement of more judges for the court in order to enhance justice delivery in the division and by extension the nation’s judiciary.
According to him, judges of the FHC are heavily overburdened in the discharge of their official duties, noting that the judges worked tirelessly to dispense 12,694 out of the 16,144 cases brought before them in the previous legal year, adding that there are still 116, 623 cases pending at the FHC.
Speaking at the judges’ conference, however, the CJN, who was represented by a Court of Appeal Justice, Mohammed Lawal Shuaibu, congratulated the Federal High Court judges for witnessing another conference and urged them to use the occasion to sharpen their skills in order to ensure quick dispensation of justice.
Justice Muhammad reiterated the need for judges to be transparent and live above board and be guided by their oath of office, the constitution and their conscience.
In a remark, Justice Tsoho renewed his appeal for more judges for the court to enable them cope with the workload of cases pending before the court.
The acting chief judge said that while awaiting the appointment of new judges, those presently on the bench should endeavour to put in their best to reduce the burden that the shortfall would have caused the court in terms of speedy adjudication.
Justice Tsoho praised the judges of the court on the ways and manner most of the pre-election cases were handled, noting that it is a thing of joy for the judiciary that most of the cases were adjudicated upon without rancour.
Justice Tsoho specifically commended his predecessor, Justice Adamu Abdul Kafarati, for his directive that no injunctive relief must be granted exparte, adding that the directive and adherence to it by judges helped in no small measure to remove them from the critical eyes of the public.
On the conference, Justice Tsoho disclosed that the court has engaged experts in various fields to interface with judges and to bring them up to date in certain areas of their chosen profession.
He also said that the experts will counsel judges on health issues, which according to him, is of paramount importance to all heads of courts.
He then praised President Muhammadu Buhari for considering him worthy to be appointed as the acting chief judge and the CJN for his exemplary support to the Federal High Court.
Tsoho promised the National Judicial Council (NJC), the Federal Judicial Service Commission and his colleagues on the bench not to let them down, adding that he will not do anything that will make them regret their support for him.
The conference was attended by retired judges of the court as well as eminent lawyers in the country. 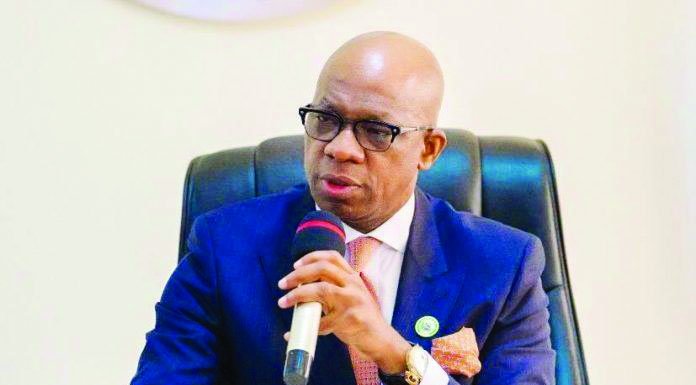