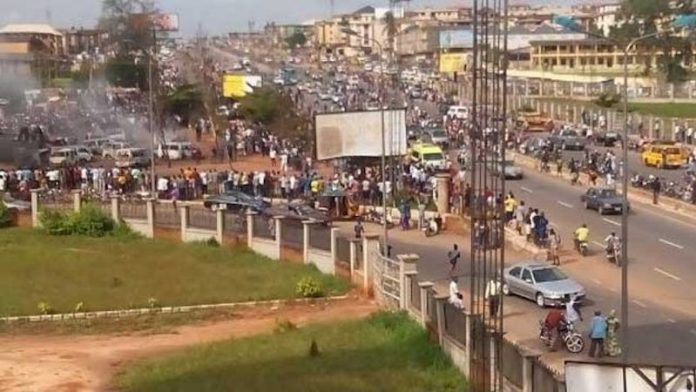 Traders in Onitsha, Anambra State have blamed poor turnover in business in the city on the activities of touts who regularly scam unsuspecting members of the public who patronise the market.

The chairman of Building Materials International Market, situated along Enugu/ Onitsha Express Road, Mr Jude Nwankwo, revealed this in a chat with THISDAY in the market.

He said the leadership of the market resolved to embark on a sanitisation exercise to flush out touts in the market.

He said, “We are set to rid the market of fake and unregistered traders who had in the past allegedly duped or misinformed customers who come to the market to transact businesses.”

He said the touts who consist of young men, all of who do not have shops in the market usually approach customers to help them (customers) procure some wares, only to sell to them at very high cost after collecting the products from other people’s shops, or out rightly making away with their money.

Nwankwo, revealed that the touts have ended up giving the market a bad name, and that this has affected sales in the market.

“The present leadership has decided to end the menace of market touting in order to give the market a brightening image which it rightly deserves with the cooperation of other members of the executive.

“Most often, customers complain of substandard products bought from the markets, and would vow never to pay another visit to the market to patronise them after numerous bitter experiences,” he added.

Nwankwo, disclosed that fake revenue agents who flood the market premises would also be thrown out to enable genuine investors seek ways of partnering with traders for development and business boom.

Touting has remained a major problem in most markets in Onitsha, with some even posing as revenue agents to disposes customers of their monies in the market.