Peoples Democratic Party (PDP) governors have decided to team up with the party’s presidential candidate in the last general election, Alhaji Atiku Abubakar, to get the Supreme Court to upturn the judgment of the Presidential Election Petition Tribunal (PEPT), which rejected his petition to be declared winner of the election.

The tribunal last Wednesday had upheld the declaration of  President Muhammadu Buhari and his All Progressives Congress (APC) as winners of the election.

Though Rivers State Governor, Nyesom Wike, had earlier congratulated Buhari,  stating that it was better to do so openly than to go to the State House and congratulate the president at night, the PDP Governors Forum, of which Wike is a member, yesterday  encouraged Atiku and the PDP to appeal the judgment at the Supreme Court.

Yesterday, Atiku’s lawyers confirmed receipt of a copy of the judgment delivered by the tribunal, preparatory to their filing the appeal at the Supreme Court.

The PDP governors said in a statement that posterity would not be kind to them should they abandon the party and Atiku to fight the legal battle alone.

They said they arrived at their decision after studying the judgment and discovered several loopholes and anomalies in the verdict.

In the statement from its secretariat in Abuja yesterday, the Chairman of the forum and Bayelsa State Governor, Hon. Henry Seriake Dickson, stated that the judgment stood justice on its head.

He added that if not challenged at the apex court, the judgment might constitute a clog in the wheel of developing democracy, aside sending wrong signals to the  youths and laying a faulty moral foundation for generations of Nigerians yet unborn.

The statement said: “We would be doing a greater disservice and moral injustice to our party, our democracy and Nigerians in general if we turn blind eyes, swallow such bile and applaud that rape of justice.

“The judgment to say the least has further painted our judiciary with darker colours, only this time around with a never-before-seen blemished coat of tar.

“However, we are hopeful that the Supreme Court will rewrite that history by ensuring that such stains and tar are removed from our judicial archives.

“The apex court should know that its integrity is at stake and in order to avoid it been shredded to particles, must  employ all known technicalities to save our nation and the future of Nigerians yet unborn from a development that may further make us a perpetual laughing stock among the comity of nations. Nigerians are very hopeful that these wrongs will be righted.

“Without any iota of trepidation, it is most paramount for us to once more restate and reconfirm our undiluted loyalty, deserving support and maximum commitment to our great party and the Atiku-Obi presidential ticket. This is our stand, now and in the future. Posterity would judge us harshly if we did otherwise”.

Meanwhile, the Chairman of the PDP Board of Trustees (BoT),  Senator Walid Jubrin, yesterday said he had arrived in Dubai along with some BoT  members, including Senator Adolphus Wabara to hold talks with Atiku.

He said the meeting between Atiku and the BoT members would centre on reconciliation and other issues within the party.

“After our meeting with Atiku, the BoT as a body will meet on Thursday this week to consider other issues affecting the party, including the report of the committee that investigated the crisis in the party over the minority leadership in the House of Representatives,” he added.

Meanwhile,  Atiku’s lawyers have confirmed receipt of a copy of the judgment delivered by the tribunal ahead of their filing the appeal before the Supreme Court.

In a short text message sent to THISDAY,  Chief Chris Uche (SAN) and Chief Mike Ozekhome  (SAN), who are in the legal team of the petitioners, confirmed that they had received a copy of the judgment, adding that any moment from now they would approach the Supreme Court to set aside the judgment of the tribunal.

Atiku and PDP had dragged the Independent National Electoral Commission (INEC) before the tribunal for declaring Buhari as winner of the February 23 presidential election.

Sued along the electoral umpire are Buhari and APC.

In the petition filed on March 18, the petitioners, amongst other things, alleged that INEC in connivance with agencies of the ruling government manipulated the outcome of the poll in favour of Buhari.

They also alleged that Buhari at the time of contesting the poll was not qualified having not possessed the requisite academic qualification and as such all votes credited to him in the election be regarded as wasted votes.

Atiku and PDP in the petition therefore urged the tribunal to nullify the declaration of Buhari as winner of the presidential election on grounds of alleged irregularities, rigging, substantial non-compliance with the electoral provisions, amongst others.

However, the five-man presidential election tribunal in its judgment last Wednesday, dismissed the petition for being incompetent and lacking in merit.

The tribunal, led by Justice Mohammed Garba, in dismissing the petition held that Atiku and PDP were unable to substantiate their allegations that the election was rigged in favour of Buhari and the APC.

The tribunal further held that the petitioners did not produce relevant witnesses to convince them that Buhari did not possess necessary educational qualification to run for the presidency.

However, shortly after the verdict, the petitioners said they would appeal the judgment. 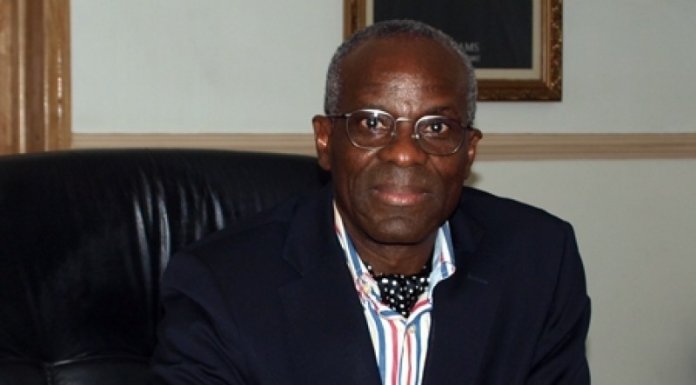