Following the recent award of $9.9 billion judgement debt against Nigeria by a British court, in a case of alleged breach of contract, the federal government must rise to the occasion to reassure the international community as well as local investors of the present administration’s commitment to honour contractual obligations, writes James Emejo

On August 16, the news broke that a London court had ordered the federal government to pay $9 billion in assets or foreign reserves to an Irish private gas firm, Process and Industrial Development Limited (P&ID) following an alleged breach of contract agreement which Nigeria signed with the company.

According to reports, P&ID had reached a deal with the federal government dating back to 2010 to build a natural gas plant. But the deal reportedly went awry two years later as the firm sued the government for failing to provide the gas or install the pipelines it had promised to build as earlier agreed.

The company claimed the deal would have allowed it “build a state-of-the-art gas processing plant to refine natural gas…(that) Nigeria would receive free of charge to power its national electric grid,” according to a BBC report.

No doubt, the monetary sanction against Nigeria had unrattled the federal government which had found the development unacceptable and embarrassing to the country.

Expectedly, the ruling by the London court had attracted condemnation from Nigerians including the present administration and non-governmental organisations who described it as an attempt by the international community to rip the country off its offshore assets.

The administration of President Muhammadu Buhari, which was not privy to the contract agreement- as it predated the present dispensation- had further rejected the judgement, and described the contract as illegal as it failed to follow due process before it was signed.

Though in the spirit of patriotism, several analysts have called on the federal government to appeal the judgement of the British court, but others have criticised the manner with which public contract agreements had been handled with levity over the years.

One of the recurrent anomalies in government had been the issue of policy somersault by successive administrations, often leading to projects abandonment across the country.

There have been similar claims that almost all the international agreements the country had signed were never domesticated.

Experts said if implemented, the judgement debt had the potential to drain the country’s foreign reserves. But others said the judgement award may not hurt the country significantly given the current levels of its external reserves.

But most importantly, concerns have also been expressed over the impact of the judgement on investor confidence in the economy which is easily swayed by market sentiment.

There had been expectations that the federal government would rise to the occasion and safeguard the image of the country as a result of the fallout with P&ID.

They argued that identifying and prosecuting those who had benefited from the failed transactions will be a first step towards managing the country’s image.

And in a salutary development, to douse the tension over the judgement debt, the Governor of the Central Bank of Nigeria (CBN), Mr. Godwin Emefiele, had tried to assuage concerns when he disclosed that the Economic and Financial Crimes Commission (EFCC) had begun to probe the gas pipeline contract agreement.

He had hinted the EFCC probe, notwithstanding, the federal government was determined to appeal the judgment by the London court.

Emefiele also tried to assuage the concerns of local and foreign investors whom he said had expressed concerns over the judgment, urging them not to be worried and promising that both the country and its foreign reserves will be adequately defended.

He said: “I am not scared at all and I think it is also important that this question has come up. Since the news about the judgment broke out, we have been discussing with our counsel and they have advised that there are sufficient and strong grounds on the basis of which we could file a stay of execution and also an appeal against that judgment.

“There are certain anomalies in the process leading to the award of that contract, which is currently being looked into by the EFCC and I believe that the EFCC themselves have their own investigation reports about that.

“So, we will follow through and aggressively too on ensuring that the execution of that judgment is stayed and that the appeal succeeds at every level both within Nigeria and abroad.

“It is important for me to use this opportunity to assure our friends, local and foreign investors, who called to express solidarity with us, not to express concern but to say that there is no need for anybody to worry. We know that the implication of that judgment has some impact on monetary policy and that is why the CBN is going to step forward and very strongly too to ensure that we defend the country and defend the reserves of the Federal Republic of Nigeria.”

However, economist and Managing Director, Bristol Investment Limited, Dr. Chijioke Ekechukwu, in an interview with THISDAY, said that unless the judgement was appealed, “it will negatively affect our reserves, which may affect the exchange rate of the Naira to the dollar. Our rating may be affected negatively and when it does, the ability of our local banks to access foreign loan facilities will be limited and investors confidence will be affected thereof.”

According to him, firstly, Nigerians need to know who led us into such a failed contract. Which ministry and minister or parastatal led us into this situation? Necessary disciplinary measures should be taken again them. 20 per cent of our budget should not be spent paying for a mistake of an individual or persons.

“We need to appeal the case because it is better to try to salvage it than not to try at all. There is likelihood of many of such cases in many countries and if not, with the outcome of this one, many others are expected to emerge.”

Emefiele’s assurance was cemented by a subsequent pronouncement by the Minister of Justice and Attorney-General of the Federation, Mr. Abubakar Malami, who categorically stated that the federal government would indeed prosecute all government officials involved in the failed P&ID gas to power project that has plunged the country into the huge judgment debt, adjudged as the highest in history of arbitration.

He said the federal government had taken steps to protect Nigeria from losing money as a result of legal battles arising from breakdown in contractual obligations.

Although, while these interventions appeared to hold water and give some sort of assurances, many believe it is unlikely the country will be able to reverse the judgement, blaming government for not doing enough to salvage the situation early enough in the course of legal proceedings leading to the award.

A credible source confided in THISDAY however, that whole paying the judgement debt may not necessarily affect the country in a significant way, rebuilding investor confidence remained critical.

He said: “It is a negative thing because automatically, if the assets of Nigeria can be taken off like that, in reality it will not affect anything as far as the economy is concerned because the CBN has enough reserves to be able to accommodate our day-to-day activities, but if the assets go down to that extent, it may lead to systemic crisis.

“Some investors might begin to think twice about first coming in and second, now that they confirmed that Nigeria does not honour its obligations. But the only way it will be mitigated is if the government comes out seriously with image laundering, bringing out the whole issue that happened, and possibly arresting the culprits.

“In the eyes of the world, it can be clearly seen that something bad has happened, but a government has come in and it is doing a sort of house-keeping exercise.

“That can give confidence because Nigeria is a big country and it is very difficult for foreign investors to ignore – 200 million people – what these people can consume is a lot. But at the same time, nobody wants to bring his money and have everything burnt up.”

If anything, the economy cannot afford any crisis which tends to scare foreign investors, some of whom had been critical over the business environment in recent times- and particularly at a period when fluctuations in oil prices had already created room for concern.

Furthermore, efforts should be made to pass a bill seeking to ensure that there is policy consistency in the country so successive governments don’t jettison contractual agreements going forward.

Nevertheless, the federal government’s recent meeting on September 3, with officials of the Irish company towards a possible deal following the judgement, offers a huge reprieve to investors, as well as provide an opportunity to redeem its image as a country in the habit of dishonouring contractual agreements.

The fact that the meeting had Vice President Yemi Osinbajo chair the discussion with a seven-man team from P&ID further showed the seriousness the current administration has attached to the issue.

Also at the meeting were the acting EFCC Chairman, Ibrahim Magu, and the Governor of the Central Bank of Nigeria (CBN), Mr. Godwin Emefiele.

No doubt, the world continues to closely monitor the resolution of the controversy which will have far-reaching impact on the country’s efforts to attract foreign capital to meet its development aspirations.

The amicable resolution of the crisis at hand becomes even inevitable when aligned with the fact that Nigeria’s total capital inflows declined to $5.82 billion in the second quarter of the year (Q2 2019) compared to $8.48 billion the preceding quarter, according to the National Bureau of Statistics (NBS).

Capital importation was recorded at $5.51 billion in Q2 2018 representing a year-on-year growth of 5.56 per cent, but a quarter-on-quarter contraction of -31.41 per cent. 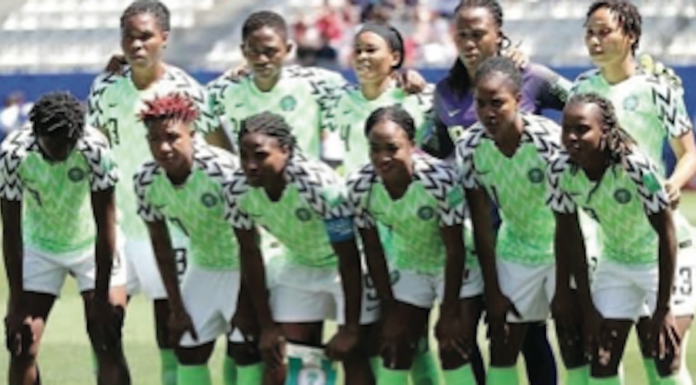