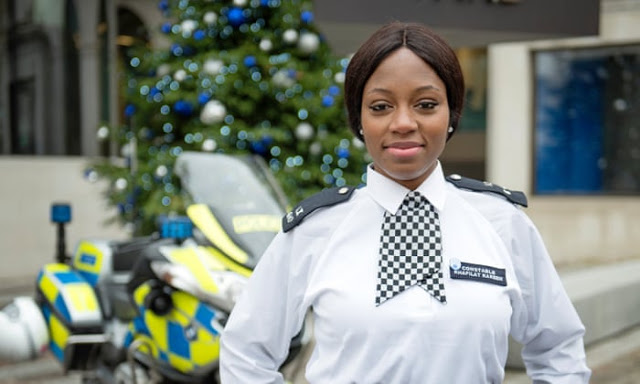 Khafi’s stay in the Big Brother Naija ‘Pepper Dem’ edition came to an end tonight on the Live Eviction Show. The London cop was among the nominees for possible eviction this week which included Mike, Seyi and Tacha. Seyi was the first housemate that was declared saved by host Ebuka Obi-Uchendu. Seyi’s survival calmed Omashola’s nerves who had put him up for eviction.

Tacha was the next housemate saved and made quite a show of it. She thumped her chest and told housemates who chose to listen that “No leave no transfer, I full ground.”

When Ebuka returned, it was to tell Khafi her fate. The evicted housemate raised her hands to the heavens and thanked Big Brother for the opportunity to contest in the game. Her demeanor didn’t show regret. Even when she came on stage, she was still full of energy.

The only expression of surprise she showed was when the reel of those who nominated her were revealed. She was quite stunned that Ike nominated her because she thought they were friends.

During her stay in the Big Brother Naija House, Khafi won prizes including a car from Innoson Motors. She also won the Head of House title and had a relationship with evicted housemate Gedoni in the house. Their relationship would later hit a rocky path when evicted housemate Venita came into the picture.  She clarified her situation with him during the live show, declaring that she really loved Gedoni and strongly believed that her love is required.

Prior to her eviction, Khafi was also caught in the middle of the fight between Tacha and Seyi. She was named two-faced by some of the housemates including Mercy, Seyi  and Frodd.

Khafi’s future plans include relocating to Lagos, and trying her hands on acting and hosting activities. She revealed that she was very keen on tourism as well.

With Khafi’s eviction tonight, only ten housemates are left in the chase for the N60m worth of prizes.