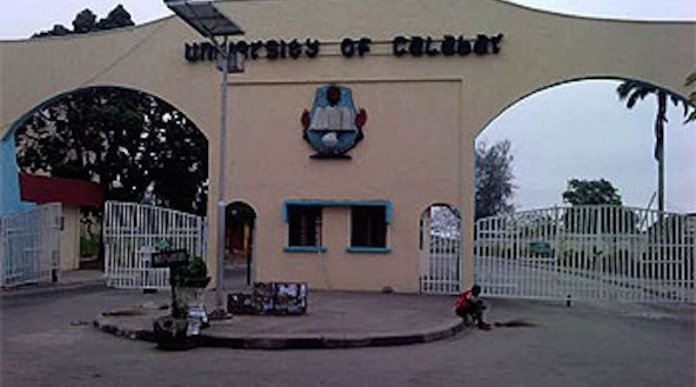 The Vice Chancellor of the University of Calabar (UNICAL) Prof. Zana Akpagu, has stated his administration’s commitment and support for President Muhammadu Buhari’s war at ridding Nigeria of corruption.

Akpagu said this at the opening session of a one-day workshop with the theme: ‘Eliminating Corrupt Practices and Enforcing Ethics and Integrity’ organised by the institution Anti-Corruption and Transparency Unit (ATU) held in the main auditorium of the University’s Senate Chambers.

Declaring the workshop open, the Vice Chancellor who was represented by the Deputy Vice Chancellor (Administration) of the university, Prof. (Mrs.) Lucy Udida, said the theme was very apt and timely, adding that corruption is counterproductive and capable of destroying the university system hence the need for collaborative efforts to eliminate the menace.

The vice chancellor said his administration would not rest on its oars but will ensure that corrupt practices are eliminated from the institution, which he said, would help in the achievement of set goals and objectives.

The immediate past Chairman of the Independent Corrupt Practices and Other related Offences Commission (ICPC), Mr. Ekpo Nta  in his paper presentation entitled ‘Instituting and Endorsing Viable Structures for Ethics and Integrity to thrive in the University System’  stated that   institutional integrity cannot be achieved without personal integrity.

Nta said when an organisation or country was lacking ethical values as well as integrity, individuals in such organisations may be seen to be corrupt; adding that unethical behaviour cannot thrive where there is a clearly defined code of conduct.

While stating that individual unethical behaviour is the reason for establishing ACTU and Servicom, he mentioned ways to fix ethical deficits to include reviewing UNICAL codes of conduct and ethics while infusing relevant provisions of the ICPC Act, and encouraging departments to review same.

In the same vein, the Commissioner, ICPC, Uyo Zonal Commission, Mr. Olusola Oluseyi Shodipo in his paper presentation ‘Manifestation, Causes and Prevention of Corruption in Universities’ said corruption was a major challenge in every part of the world and every facet of life.

Shodipo said corruption in the University system was regarded as being more destructive than other facets of the educational system because it is believed to have left debilitating consequences on the country.

Shodipo said some of the causes of corruption include indiscipline, poor remuneration, greed and Avarice, dishonesty or lack of integrity, lack of virile welfare structures and weak low enforcement systems.

He said other causes of corruption include lack of genuine fear of God, insensitivity on the part of leadership, poor leadership culture, extensive discretionary powers, distorted societal values or societal pressures.

The Commissioner said other manifestations of  corruption in  university system include plagiarism, sex for grades or marks, money for grades or marks, academic dishonesty or fraud, falsification of research report, leaking of examination paper for money, abuse of office, undue influences in research, compelling favour from students before graduation, favoritism and nepotism, age cheating.

He said others include gratification and admission racketeering examination practices, offering bribes to Non Academic staff to bypass bureaucratic procedures, University staff especially of the management cadre attending graduation of children in foreign institution (flaunting of corruption and lack of faith in their institution)

The ICPC commissioner listed measures that could effectively prevent or combat corruption to include; introduction of the teaching of Integrity studies or Transparency Accountability Studies, strengthening of ACTU and SAV, continuous education and sensitization, vigilance and victim support, sexual Harassment policy.

Others include Anti-corruption policy spelling out ‘Dos’ and ‘Don’ts’ for all Academic, Non-Academic and students and supervision of Database of students from Admission to Graduation and reviewing of corruption prone-process which can be self-directed or jointly with the ICPC Corruption Risk Assessment.

In her remarks, the Head, Anti -corruption and Transparency Unit, Prof. Louisa Uwatt, said the workshop was held to create awareness with the view to ensuring that things are done in accordance with laid down rules and regulations in offices and units