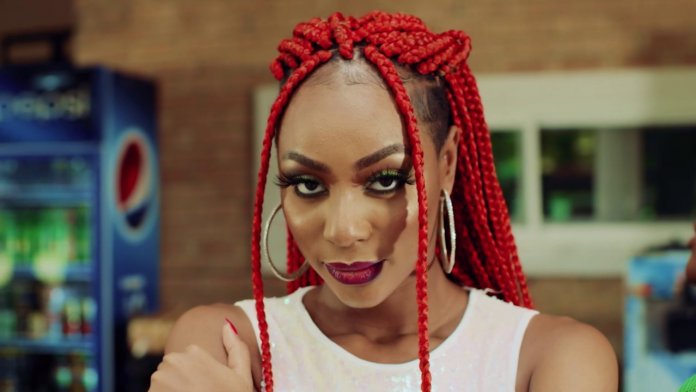 Soulful singer and ingenious songwriter, Euphemia Ekumah, popularly known as GoodGirl LA, is an Afro-Fusion artiste with deep soul roots. She shares with Tosin Clegg her journey into music, about a new EP that was released recently, the music industry at large and much more

How I Started Music

I started my career professionally in 2015 and that was when I recorded my first song. Music has always been a part of me. My mum says I was singing along to songs, way before I started making complete sentences. I grew up singing, I was part of my church’s choir at an early age, and was a choir director as a teenager. I was a contestant on the GLO X-Factor with a group called ‘Tone Fanatics’, and then the following year, 2014, I entered for the Nigerian Idol as a solo contestant. After all this, I did my first recording.

My genre of music is called Afro-fusion

It’s a fusion of Afro sounds and other music genres. The Afro Fusion consists of Afrobeat, Pop, Reggae and Soul. GoodGirl LA distinguishes herself as the total musical package, Amazing voice, top-notch performer with the looks to match. I’m an accomplished student of the theory of music at the MUSON School of Music. I started my career with four releases till date, including my standout singles “Faraway” and, most recently, “Bless Me”, which set me on the right path to stardom. With my striking looks, signature hair style and an astoundingly powerful voice, GoodGirl LA is set to take on the world, one song at a time.

I wrote and sang my heart out on every track

LA Confidential is very special to me especially being my first EP, it is a reflection of me, where I was musically and personally, when I recorded all the music. I worked with several producers, in finding the right sound, I recorded over 30 songs, cut it down to 15 songs and eventually my team and I settled for eight-tracks. Each song is unique. I wanted everyone who listened to the EP, to feel a strong connection with me. I wrote and sang my heart out on every track.

“Inspire You”, “Pina”, “E Sure” and “Greatest (God of Shutdown)” was produced by P. Priime, he is such a genius. The first time we got in the studio, we stayed in for two days and made about six songs. Quebeat, another incredible producer, worked with me on ‘Waste No Time’ and ‘Sora’, we actually recorded about seven songs for the EP. ‘Tired’ was produced by my longtime producer and friend, Syn X.

He also engineered some of the songs on the project. Working with LeriQ was such a blessing and learning experience, he produced ‘Why’. I always knew my debut album would be titled LA Confidential, before I had a team or met my producers and all. Working on the EP was experimental in terms of the sound, but lyrically, it was all real emotions and feelings. I want this project to be remembered forever. I’m confident that it’s going to change my life. I also want my growth to inspire everyone.

My first music name was Ladern

It’s a name I randomly picked and fell in love with, in secondary school. My friends shortened it to LA, which became my nickname. I started releasing music as LA, but then it was hard to find my music when you searched online. I decided to add something to it and chose GoodGirl because it was unique and GoodGirl LA felt very special and strong. I would describe myself as daring and different.

Growing up, education and childhood dreams

I was born on February 20th, 1997, in Lagos. I am the second child in a family of four children. My family lived in Ajegunle, Festac, Amuwo Odofin and Iba, so I was exposed to so much music, Nigerian and international, from R&B to Pop, Reggae and Gospel genres. Listening to all these sounds influenced my sound as an artist. I attended Learning Field (Satellite Town) and Kings Foundation (Amuwo Odofin) primary schools; Hopebay College (Maza Maza Campus) for secondary school. I got admission into the University of Calabar to study Nursing, but left after a semester to focus on music.

Music is personal, it is spiritual

It is a gift from God. I would say good music speaks to you, connects with you. Our strength lies in our hunger for more. Our hunger to be the best, keep raising the standards of success. What we need to do better is support, share and teach each other more.

I hope to headline my own shows locally and internationally