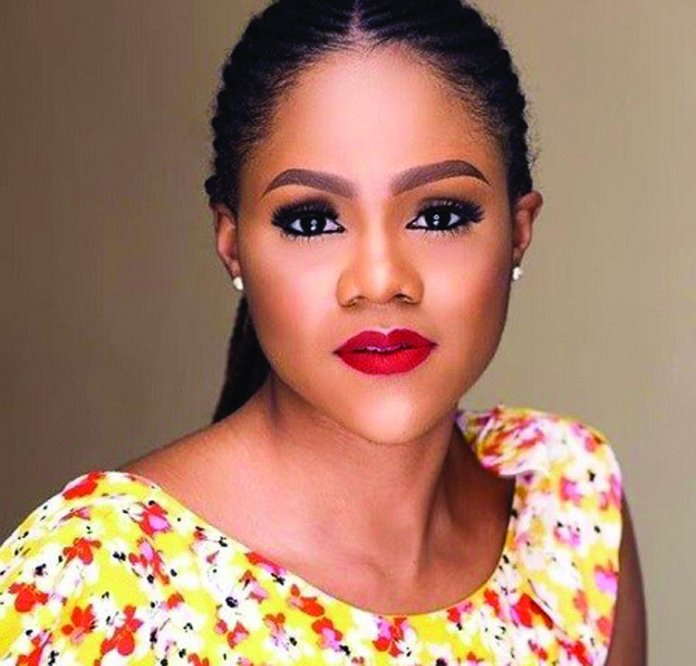 The last may not have beeen heard in the alleged rape of celebrity photographer, Busola Dakolo and the founder/senior pastor of the Commonwealth of Zion Assembly (COZA), Biodun Fatoyinbo. Busola, wife of musician, Timi Dakolo, in furtherance of her civil rights, and in line with constitutional provisions, has filed a suit against Fatoyinbo. The civil suit which was instituted on September 6, 2019 at the High Court of the Federal Capital Territory, Abuja through her lawyer, Pelumi Olajengbesi and Co. is independent of the criminal allegations and/or investigation of the police over the rape claim.

In furtherance of the police investigation, Biodun Fatoyinbo was confronted by Busola on September 5, 2019 at the Force Criminal Investigation Department, Area 10, Abuja during an investigation conference presided over by the Deputy Inspector General of Police, Mike Ogbizi. The FCT High Court writ of summons dated September 6 and served on Fatoyinbo, had directed the pastor to appear before it within 14 days of the service or judgment may be  entered in his absence. “You are hereby commanded that within 14 days after the service of this writ on you, inclusive of the day of such service you do cause an appearance to be entered for you, in an action of Mrs. Busola Dakolo.

“And take notice that in default, the claimant may proceed, and judgment may be given in your absence,” the writ read. It was gathered that the court might subpoena Pastor Matthew Ashimolowo, the Senior Pastor of Kingsway International Christian Centre (KICC), as he has been listed among the witnesses Busola will be using to establish her case.

There were also reports that Busola demanded N10 million compensation from Fatoyinbo. However, her lawyer issued a statement clarifying the reports and setting the records straight. “Our client has not sought any monetary damages and/or compensation against Biodun Fatoyinbo in her reliefs.

“This is because our client’s reason for filing the civil suit against Biodun Fatoyinbo is, inter-alia, for the court to make pronouncements on her rights as well as Biodun’s liabilities and also to help other victims of sexual, physical and emotional abuse gain the courage to confront their abusers no matter how highly placed they may be.”

Busola is seeking the order of the court to compel Fatoyinbo to publish a clearly worded apology to her on the front page of at least two national newspapers and two national televisions for seven days running consecutively.

In the suit, the mother of three, said the resultant effect of the rape affected her marriage. According to the suit, Pastor Fatoyinbo raped and threatened her life after that. It also stated that after the rape incidents, she started loathing everything around her and withdrew to herself and away from all spiritual activities of the church.

Busola had in an exclusive interview that went viral earlier in June 2019, claimed that Fatoyinbo forcefully had sex with her twice on separate occasions when she was a teenager. “You should be happy that a man of God took your virginity,” she would add, quoting Fatoyinbo on the first occasion. The detailed interview of how the flamboyant man of God allegedly raped her as a teenager in secondary school left many depressed.

Busola, in the suit, gave the dates of the incidents as September 23 and 26, 2002, and said these caused her continuous emotional distress and amount to intentional infliction of emotional distress. The viral video report had set social media and other online platforms on fire, evoking shock, backlash and criticisms from Nigerians, especially the Christian community.

In a preceding circumstance, Fatoyinbo was detained during interrogation over the rape allegation at the Force Headquarters in Abuja in August. He was eventually released on bail. He had earlier boycotted the panel set up by the Pentecostal Fellowship of Nigeria (PFN) to investigate the rape allegation against him, claiming that he was advised by his lawyers not to appear. Fatoyinbo had earlier stepped down from the pulpit as Bukola’s allegations caught fire, after protesters picketed COZA franchises in Lagos and Abuja, demanding that he vacated the altar. But that was not for long as the pastor had insisted that he has never raped anyone.

Upon his return to the pulpit on Sunday, August 4, 2019, Fatoyinbo preached about persecution and victimisation from the enemy. “As a Christian, you must face opposition. If God, who is holy and faithful, has enemies, you are sure going to have,” Fatoyinbo had told his congregation.

A month after Busola made the allegations, a police van pulled up at her home in the Lekki area of Lagos and impeded her car, as gun totting personnel emerged from a tinted bus to bark instructions.

Busola recalled that the silver Toyota that tailed her as she was driving into her Lagos housing estate, and the white minibus with tinted windows already parked outside her house, had no police markings. By the time she got to her gate, the minibus had blocked her path. A man appeared and told her to get out of the car, get into the bus and speak to his oga – Nigerian pidgin English for boss.

Busola added that when she refused getting on-board the minibus, three men got out and walked towards her, guns at the ready. “One was holding a gun, and I noticed a second one holding a letter. They told me they were from IG’s (the inspector general of police) office in Abuja and that I needed to sign this letter and acknowledge it,” Busola told the UK Guardian in an interview.

The letter essentially invited Dakolo over to the police headquarters in Abuja to answer questions on criminal conspiracy, falsehood, mischief and threat to life.

Busola said she was shocked that the allegations weren’t leveled against Fatoyinbo but against her and her husband, Timi. She however wasn’t surprised by the police visit.  “Our culture doesn’t allow speaking of these sorts of things against anointed men of God,” Busola said. “They’d rather hide it, and the party that is being victimised tends to live with that self-blame. The damage on the survivor is extremely terrible. The society, the church, keeps sweeping things under the carpet.”

In response to the condemnation that trailed the visit to Dakolo’s home on the day, the police high command issued a statement saying the institution never intended to arrest the Dakolos.

The statement reads: “The Nigeria Police Force is confirming that its operatives today, 20th July, 2019 served official Invitation Letters on Bisola (sic) and Timi Dakolo. The invitation is sequel to an on-going police investigation touching on the wider and highly publicised case involving Bisola Dakolo, Pastor Biodun Fatoyinbo and others.

“It is important however to note that a Police Invitation Letter is not synonymous with a Warrant of Arrest, and must not be construed to be one. Rather, it is a polite investigative tool used in eliciting information voluntarily from parties to aid police investigations.

“ Members of the public should see it as a legitimate act in line with the constitutional mandate of the police, which among other things include the investigation of all complaints brought before it. The Inspector General of Police, IGP MA Adamu NPM, mni has appealed for calm, and is reassuring Nigerians that the Police Force under his watch will remain professional, impartial and unreservedly committed to the pursuit of justice in this case and all other cases before it.”

Quote: In the suit, the mother of three, said the resultant effect of the rape affected her marriage. According to the suit, Pastor Fatoyinbo raped and threatened her life after that. It also stated that after the rape incidents, she started loathing everything around her and withdrew to herself and away from all spiritual activities of the church