The Imo State Liaison Officer, Lagos State, Hon. Anthony Abili has called on Imo State indigenes in Lagos to be good guests to their host and also live in peace with Lagosians.

He expressed gratitude to Lagos State government for recently allowing a sizeable number of Imo State women to join in skill development programme organised by the government, adding that with time, Imo state hopes to have a major partnership with Lagos, which hopefully will translate to dividends of democracy for the people.

Congratulating the women of the ISTDAL on their sixth August Meeting, the Imo State Liaison Officer, Lagos State went ahead to talk about the tasks ahead of all of them as citizens of Imo State in regards to the development of their state.

With the new government onboard with a new vision in Imo State led by Governor Emeka Ihedioha, he told Imo indigenes in Lagos that the government of Ihedioha is for women, youths and for all and sundry.

Abili went further to tell the Imo indigenes in Lagos about the need to look inward and begin to invest in Imo State, as well as to start establishing in Imo State whatever businesses they have elsewhere.

He informed the indigenes of the recent celebration of Gov. Ihedioha’s 100 days in office and the various developmental steps he has taken recently to bring about progress and development in the state.

“Just recently Governor of Imo State, Emeka Ihedioha awarded contracts for the construction and rehabilitation of major roads in the state to the tune of about N24 billion.

“There are also ground-breaking moves for technical and vocational schools in the various senatorial zones in the state”, Abili said, while adding that the road rehabilitation projects were part of the activities marking the governor’s ‘100 days in office.

He informed the Imo indigenes in Lagos that the liaison office stands as a bridge between the activities in Lagos and Imo.

He therefore encouraged, them, especially the women of the association to continue in their efforts in emancipating the womenfolk here in Lagos, promising that the liaison office would provide the support that is required.

“We mustn’t always look to the government to bring development to us. Some of us have the means to organise things for our own brothers and sisters. And so I feel very elated that the women here have taken the task to organise skill development programmes for women and this is the more reason we at the liaison office are going to give them all the supports they need”, Abili noted.

The Special Adviser to Imo State Governor on Lagos Liaison, Mr. Naeto Chikwe, called on the men to be supportive of their wives as it was women who hold the home together as well as carter for children who turn out to be leaders of tomorrow.

He adding, “That is the kind of environment we want to build families so that these children would be good ambassadors of the state.”

“Therefore, it is important the indigenes have a strong relationship with the liaison office in order for them to get privileged information of what is happening in the state. That is the only way we can have better understanding of the happenings in the state and also create a synergy and symbiotic relationship so that information can be transferred effectively.

“In addition to that, opportunities are in the state and it is important to communicate these opportunities to our indigenes in Lagos so that they would also have the opportunity to invest at home”, Chikwe added.

Speaking further, he said the gathering was very significant to the Imo State indigenes and Imo State in general, adding, “this is part of our heritage and culture. August meeting is an iconic engagement for every Igbo woman. It is opportunities like this that bring all our communities together to talk about the collective development of the state.

The event witnesses a colourful and intriguing display of culture from across Imo State including dance, food and other attributes that underscores the state’s cultural identity. 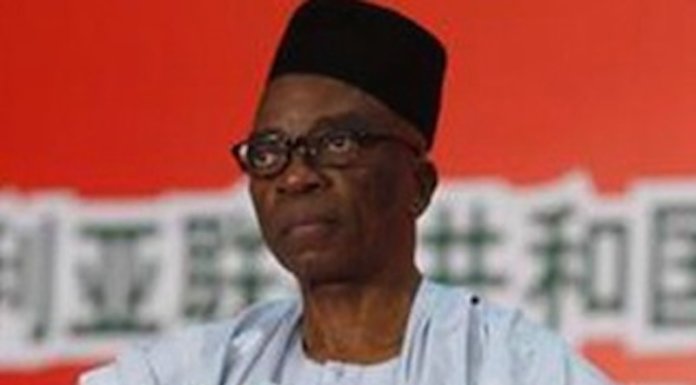