Kingsley Nwezeh in Abuja and Hammed Shittu in Ilorin

The federal government said Thursday that the amount of money looted from government treasury through corrupt practices stood at $400 billion.

This is coming as the acting Chairman of the Economic and Financial Crimes Commission (EFCC), Mr. Ibrahim Magu, said the commission was committed to the recovery of stolen assets for the development of the country.

The Minister of State for Niger Delta Affairs, Mr. Festus Keyamo, who made the declaration in Abuja, said government arrived at the amount through a research conducted recently.

Keyamo, who spoke while addressing 164 officers of the EFCC Cadet Course 8 currently undergoing orientation and induction at the EFCC Academy, said corruption was the bane of the country.

“If we don’t kill corruption, corruption will kill Nigeria. Anybody who said corruption is not the bane of Nigeria today is not honest.

“A research conducted sometimes ago revealed that the amount of money looted as a result of corruption in Nigeria stands at $400 billion,” he said.

Keyamo charged the cadets to take the fight against corruption seriously, bearing in mind the admonition of President Muhammadu Buhari that, “if we don’t kill corruption, corruption will kill Nigeria”.

Keyamo enjoined the cadets to celebrate their recruitment into the commission at a time when the EFCC truly enjoyed complete independence to execute its mandate.

He blamed interference by previous governments for the slow pace of the fight against corruption in the past as several investigations and prosecution of offenders were frustrated.

Meanwhile, the EFCC Chairman, Magu, has reiterated the commitment of the commission to the recovery of stolen assets for the development of the nation.

Magu disclosed this at a session between him and the Speaker of the House of Representatives, Hon. Femi Gbajabiamila and other top executives of the country’s anti-corruption agencies at the National Assembly Complex, Abuja.

The EFCC boss who pledged to recover Nigeria’s stolen funds hidden in different parts of the globe, said: “I am very committed to the recovery of stolen funds wherever they are located, which should be utilised through budgetary system to remedy the harm the theft has caused.”

While intimating the lawmakers on the recent achievements of the commission in the fight against cyber fraud, especially the outcomes of EFCC’s collaboration with the Federal Bureau of Investigation (FBI), Magu said “the just concluded ‘Operation Rewired,’ resulted in the recovery of the sum of $169,850 as well as N92 million,” adding that lots of expensive cars and several plots of land were also recovered during the operation across Nigeria.

He also pointed to the $40 million worth of jewelry forfeited to the federal government by former Minister of Petroleum Resources, Diezani Alison-Madueke, stating that the EFCC would assist the government to ensure that there was effective utilisation of recovered stolen funds.

Gbajabiamila in his remarks, said the essence of the discussion was to see how public funds and assets recovered could help in relation to budget processes, accountability, transparency and how the country can be developed by putting the funds to better use.

He commended the EFCC and other anti- graft agencies on the quantum of recoveries made, adding that the National Assembly was there to make the work of the anti-graft agencies easy and also look at indicators that will pave ways for collaboration.

“We hope to get best value for our non-cash assets and also look at the challenges the anti- graft agencies are facing, which are one of the pertinent issues to be raised here today,” Gbajabiamila said, in a statement issued by the commission.

Eight of the suspects were arrested following a raid on their residence located at No. 16 Isaaya Shukari Crescent, Gwarinpa and C15 & A27 City of David Estate, Life Camp, Abuja.

They were arrested on September 9, 2019 following action on intelligence report indicating their involvement in internet fraud, the commission said in a statement.

Some of the items recovered from them, include several mobile phones, laptop computers, several International Passports, a Toyota Corolla, a Toyota Avalon, Lexus 15 250, Mercedes 4matic C350, Mercedes C280, Mercedes GLA 280 and an Acura.

The five other suspects arrested in Ilorin by the Commission’s Zonal Office in the Kwara State capital are, Stephen Odanye, Abolarin Kayode, Babatunde Muhammad, Adepoju Tomiwa and Akinbamidele Femi.

They were arrested in different locations within Ilorin Metropolis following intelligence reports linking them to computer-based fraud.

Investigation also revealed that the suspects received monies, in several foreign currencies, deposited into their accounts by their victims.

Items recovered from them include, phones, cars and documents containing false information.

The suspects will soon be charged to court.

In the same vein, the FCT Police Command smashed a notorious criminal gang that pose as soothsayers to defraud their unsuspecting victims. The gang defrauded a female victim of N11 million. 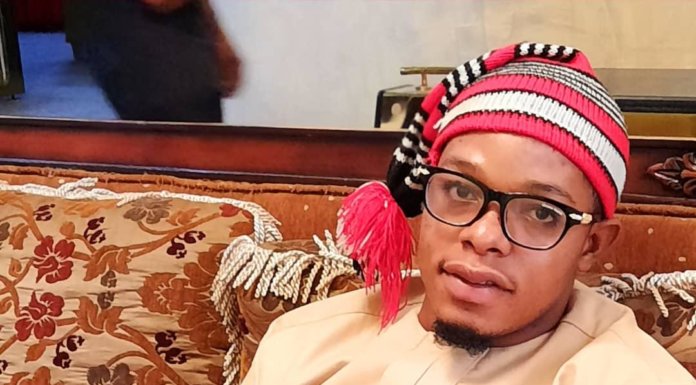