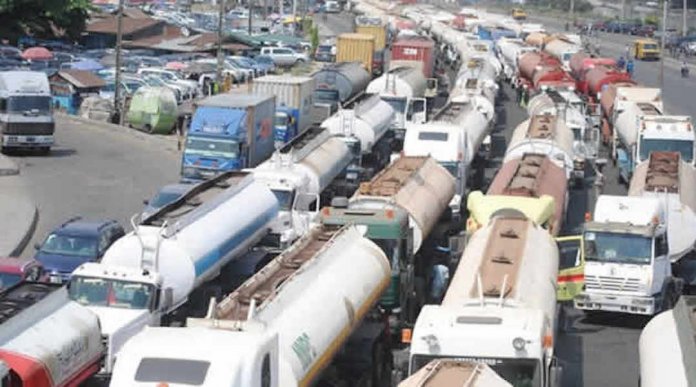 Hundreds of motorists were last Tuesday forced to spend the night on the Lagos – Badagry expressway as petrol-laden tankers blocked the way leading to Badagry, Agbara, and Lagos State University (LASU) areas of the state.

The gridlock created by the trucks forced people to sleep in their vehicles at Trade Fair ‘Under Bridge’ bus stop even as robbers, brandishing machetes, broken bottles and other weapons had a field day breaking into vehicles and disposing motorists of their belongings.

One of the victims of the robbers, Segun, a banker, told THISDAY that he spent four hours on the road before the armed robbers attacked him and disposed him of his valuables.

He said: “The tankers block the roads between 6p.m. and 6.a.m., and this became an opportunity for criminals to rob motorists. This started last Friday. We understand that these drivers have been chased away from Apapa so they shifted to this axis. We are complaining that Lagos–Badagry road is bad, but these tankers have worsened the situation.”

THISDAY checks further revealed that the tanker drivers decided to use the road as park while waiting to enter the petroleum tank farm located at Ijegun to load products.

Residents of Ijegun and Satellite Town whose access roads were blocked by over 500 tankers and trucks had protested, and their protest forced the tankers to troop out to the expressway where there are parked indiscriminately.

When THISDAY visited the area yesterday, the tankers were still parked on the road even as some of the drivers alleged that they pay money to LASTMA officials to park on the highway.

According to them, LASTMA officials collect at least N1,000 from each truck to allow them to take a vantage position along the road in order to load their trucks.

One of the drivers, who identified himself as Sule, told THISDAY that he paid N1,000 to park under the Trade Fair bridge.

Another driver, Ukpong, also corroborated the claim, alleging that he paid N800 per night.

When contacted, the Public Relations Officer for LASTMA, Mr. Olumide Filade, denied that his men collected bribe to allow the trucks park on the highway. He challenged THISDAY to provide proof of such deal.

Filade said LASTMA officials only work from early morning to 11.00 p.m. “It is after this time, when our men have closed for the day that the truck drivers take the laws into their hands.”

The LASTMA spokesman stressed that the situation became worse after the presidential task force set up by the federal government wound down its activities, leaving the traffic situation unsolved.

He disclosed that LASTMA and other relevant agencies are talking on how to solve the chaos created by the trucks.

Filade lamented that the tank farm located at Ijegun is actually giving LASTMA officials headache as the drivers refused to park inside the trailer park provided for them. “The drivers abandoned their park and come onto the road. That is the problem. We are going to take action against them very soon,” he promised. 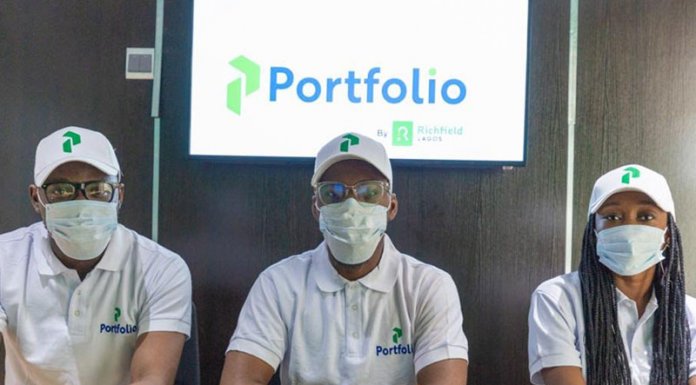