As part of its plans to revitalise the Nigeria’s health sector, the federal government said it has commenced an assessment tour of all federal teaching hospitals and other tertiary health institutions in the country.

It said the aim was to know their current status in terms of facilities and healthcare delivery capacity with a view to improving on their performances.

Speaking in an exclusive interview with THISDAY, a member of the Health Sector Reform Committee and Director of Health Planning, Research and Statistics in the Federal Ministry of Health, Dr. Emmanuel Meribole said the government has embarked on the programme of reforms in order to correct wrongs in the health sector and to restore and refocus the country’s public hospitals so that they can deliver quality healthcare services to Nigerians.

Meribole said a situation whereby some public hospitals lack basic operational tools like drugs, the right quality of staff and even buildings was becoming worrisome.

“You will hear that Nigeria has the highest rate of maternal deaths, children under five years most often die of vaccine preventable diseases. This is why reform has become very necessary,” he said.

He also said that the life expectancy of Nigerians is going from 53 years downwards whereas in some other countries, it is about 80 years and above.

He explained that some of the indices they are using to measure the quality and efficiency of the health sector include; under five years mortality rate and life expectancy.

He said the initiative known as the Health Sector Reform Programme was to be implemented over a 10-year period.

According to Meribole, one of the key mandates of the health sector reform committee, whose membership is drawn from the ministry of health, the Bureau for Public Enterprises (BPE), private sector and labour stakeholders, is to carry out diagnostic analysis of the operations of some selected federal tertiary health institutions across the country.

“The mandate is to explore the possibility of adopting a public-private-sector initiative to help transform operations of public health institutions in the country.

“As part of strategies to make healthcare accessible and affordable, the federal ministry of health has proposed a new compulsory health insurance scheme for all Nigerians working in both public and sector entities,” he stressed.

He said the Bill on the mandatory health insurance scheme was currently before President Muhammadu Buhari for assent.

Meribole,who stated that the new health insurance Bill was passed by the last National Assembly at twilight of its tenure, explained that government’s interest in driving the reform was to get public-owned health institutions to imbibe the recognised expertise and efficiency of the private sector players while at the same time retaining the core mandate of the hospitals as public service entities.

Meribole added that the intention of government in implementing the reform “is to make things better so that it moves from bad to good and better.

“Health Sector Reform Programme is born out of the desire to change what is happening in the health sector. You and I are aware of the stories we have hearing about the health sector, somebody goes to the hospital to get treatment and at the end of the day he doesn’t get the care he wanted.

“Also, some people are afraid of going to the hospital because they don’t have the money to pay for services. Others go to hospitals but instead of getting better they get worse. Our health sector has been bedeviled by a lot of issues”.

The director further said that the aim of the health sector reform was to ensure that adequate attention is paid to primary healthcare, by making sure that the system works and that patients get value for their money.

He said government’s intervention in requiring and reforming the tertiary health institutions will be carried out on a pilot basis using one hospital in each of the six geographical zone to see what the outcome will be.

Meribole added, that under the 10-year reform programme, the federal government will undertake review of the laws, regulations and institutional framework to see whether things can be done better. 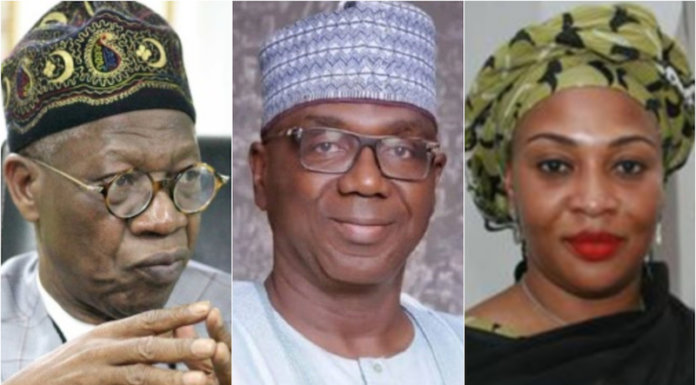