2023: INEC Insists Parties Must Inform it of Foreign Funds 21 hours ago

Emefiele: Inflation Rate will Fall Steadily to Less than 15 Percent by Q4 2023 22 hours ago 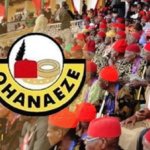 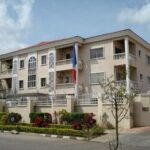 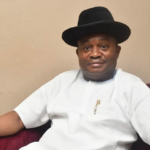 Having posted a profit of N36 billion for the half-year ended June 30, 2019, Stanbic IBTC Holdings Plc has rewarded shareholders with an interim dividend of N10.2 billion, writes Goddy Egene

When investors buy shares of companies, one of the ways to get returns is dividend payment. Some companies pay dividend twice a year, a situation that always boost the liquidity of investors. The challenging operating has affected the dividend paying ability of many companies. However, Stanbic IBTC Holdings Plc has announced an interim dividend of 100 kobo per share for half year ended June 30, 2019 despite a decline in the bank’s bottom-line.

The board has declared an interim dividend of 100 kobo in line with its commitment to delivering returns to its shareholders
Gross loans & advances improved by five per cent to N479.7 billion, from N458.9 billion, deposit mix improved to 68.9 per cent. In terms of capital and liquidity, the group’s total capital adequacy ratio remained strong at 27.3 per cent, which is significantly higher than the 10 per cent minimum regulatory requirement.

The group maintained its strong liquidity position within approved risk appetite and tolerance limits. Its liquidity ratio closed at 81.4 per cent, above the regulatory minimum requirement of 30 per cent and indicates the group’s sound position to continue meeting its liquidity obligations in a timely manner.

CEO’s explains performance
Speaking on the results, Chief Executive, Stanbic IBTC Holdings, Yinka Sanni, said the group’s business segments were profitable, despite the challenging business and regulatory environment.
He said: “Our financial results in the first half of 2019 reflected similar trends encountered in the first quarter. The operating environment remained muted, regulatory changes coupled with the highly competitive landscape continued to impact overall returns.
“Still, our diversified business model continues to set us apart. Our business segments remained profitable and resilient although at a slower pace when compared to prior year.”

Sanni, disclosed that there has been a return to growth in the second quarter, mainly from the communication and oil and gas sectors.
He further added that the gross non-performing loan to total loan ratio which was 3.91 per cent, was within acceptable regulatory limits.

Speaking on other areas of the mid-year results in which the Group experienced growth, he noted that assets under custody rose to N7 trillion (representing a 42 per cent growth) while assets under management grew by eight per cent to N3.5 trillion.

“To further drive credit growth, in the retail space, we launched an instant credit solution named EZ cash loan/advance, which gives access to loans in less than a minute to pre-approved customers. This, among other initiatives, will enable us achieve the targeted loan growth for the year,” he said.

“The disciplined execution of our digital strategy has seen customers increasingly adopting and transacting on our digital platforms. The number of transactions performed by customers on our digital channels was up 26 per cent between H1 2019 and H1 2018.
“This translated into a year-on-year growth of 71 per cent in electronic banking fees.

Moreover, we instituted a digital academy targeted at equipping staff with digital skills at various levels while also driving collaboration with Fintech players to position us for early adoption of innovative solutions.”
“Following the launch of the micro pension initiative by the government earlier in the year, we deployed the RetireWell Individual Retirement Savings Account.

“We have put in place strong agency network in key locations to drive growth in this area and we have made good progress in this regard,” Sanni added.
The CEO noted that the continued strategic drive to reduce cost of funds resulted in a further release of expensive deposits in the second quarter leading to low-cost deposits ratio of 68.9 per cent.

He said loans and advances returned to growth in the second quarter mainly from the communication and oil& gas sectors.
“The disciplined execution of our digital strategy has seen customers increasingly adopting and transacting on our digital platforms. The number of transactions performed by customers on our digital channels was up 26 per cent between H1 2019 and H1 2018.

“This translated into a year-on-year growth of 71 per cent in electronic banking fees. Moreover, we instituted a digital academy targeted at equipping staff with digital skills at various levels while also driving collaboration with Fintech players to position us for early adoption of innovative solutions.
Our liquidity and capital positions remain robust and well above regulatory limits.

Analysts’ assessment
Looking at the results, analysts at WSTC Research, said the decline of 12 per cent was informed by a lower impairment credit write-back for the period and an increase in operating cost. PAT declined by 16 per cent on the back of a higher effective tax rate.
WSTC noted that higher funding cost depressed net interest income. The bank explained that interest income grew mildly by one per cent from N59.92 billion to N60.78bn in H1 2019, on the back of relatively flat growth in interest on loans and investment.

Although credit and advances increased by seven per cent from N412.13 billion to N470.9 billion in H1 2019, the lower average yield on loans muted growth in interest income. On the flip side, interest expense rose faster by faster from N19.76 billion to N21.47 billion in H1 2019 despite a 15 per cent decline in customer deposits. Customer deposits decreased from N967.96bn to N822.48 billion due to the liquidation of some ‘expensive’ term and call deposit, which fell by 37 per cent and 42 per cent, respectively,” the analysts said.

They added that nonetheless, the spike in interest on borrowed funds by 77 per cent to N6.93 billion, and the increase in interest on savings and current accounts by 33 per cent and 45 per cent, respectively, dampened management effort in the funding cost optimisation strategy.

“As a result, cost of fund rose by 150bps to five per cent and net interest margin declined by 30bps to per cent. Non-interest income grew by two from N53.83 billion to N54 billion a two decrease in net fees and commission revenue. Net fee and commission revenue declined from N36.69 billion to N35.97 billion due to the impact of regulatory fee reduction on assets under management. However, the 10 per cent growth recorded in both the trading and other revenue informed the growth in non-interest revenue. On the back of lower net impairment reversal on financial instruments of N557 million in H1 2019 compared with N5.51 billion in H1 2018 amid three per cent rise in operating cost from N48.78 billion to N50.07 billion, PBT print lower at N44.65 billion (H1 2018: N50.73 billion) and PAT settled at N36.25 billion (H1 2018: N43.08 billion)for the period,” WSTC added.