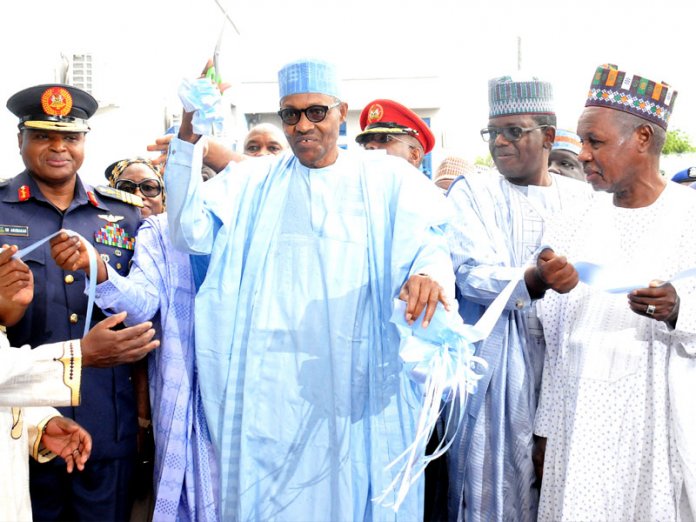 How do you measure the virility of an administration; its potency to impregnate the economy, infrastructure and welfare of citizens? Should it be in the first 100 days of its life; in two or four years? Well, I will measure in the little steps, in actions and in the agenda.

100 days may be too short to gauge the failure of a government, but it is certainly not brief to check for signs of health or of convalescence. In medical science, symptoms are typically expected to improve in three days after the administration of medicine.

In 2015, when President Buhari took charge of the country; his ‘’body language’’ was vaunted to be doing much of the governance. In the first few weeks of the administration, there was appreciable stability in power supply. This was largely credited to the president’s body language, even at the time there was no cabinet.

Also, the anti-graft agencies rammed up effort in naming ‘’looters’’ and making arrests – in the orthodox Nigerian style of ‘’eye service’’. There were reports of some civil servants returning their loot as well.

At the time, there was a prognosis of a healthy economy and claims of resilient security – the dispatch of Boko Haram insurgents and the recovery of captured territories. It all appeared to be a good start for the administration. A new sheriff was in town and his ‘’body language’’ is doing the magic.

Months after the ‘’spell of body language’’, Nigeria slid into a recession; herder-farmer clashes took on a frightening gait; bandits went on the rampage; Nigeria’s minister of power, works and housing was now dubbed, ‘’minister of darkness’’ for chronic power failures with the national grid collapsing as much as 21 times in a year (2016).

So, if the administration was to be examined by the positive noises in its first 100 days in 2015, it will have a relatively good score. But the overall score after a full term of four years is at best, abysmal.

And now that the myth of body language has been busted, what does the future portend for Nigerians judging by the actions/agenda of the second Buhari administration in 100 days?

Personally, my optimism is measured. Really, hinging on the Next Level agenda of the administration, where is the hope? What is different? What will change?

I spoke with Femi Adesina, presidential spokesman, who explained to me that the Next Level agenda is about consolidation. And then I asked, ‘’consolidation on what?”

Here is a partial rendition of that conversation.

Femi Adesina: ‘’The ‘Next Level’ is a level of consolidation. The agenda remains the same. The priorities remain the same. Secure the country, fight corruption, revive the economy, and under reviving the economy, provide jobs for Nigerians, particularly the young generation.

Again, I ask, what is different? What is to come? And is this it? If the agenda is to build on what is not there, where is the hope? Also, governance appears to be in a slumber – no motion, no direction.

I do not want to be hasty in passing judgment on the administration. But I pray the Buhari administration proves all doubters, naysayers, wailers and measured optimists like me wrong.

It is all for the good of the country.