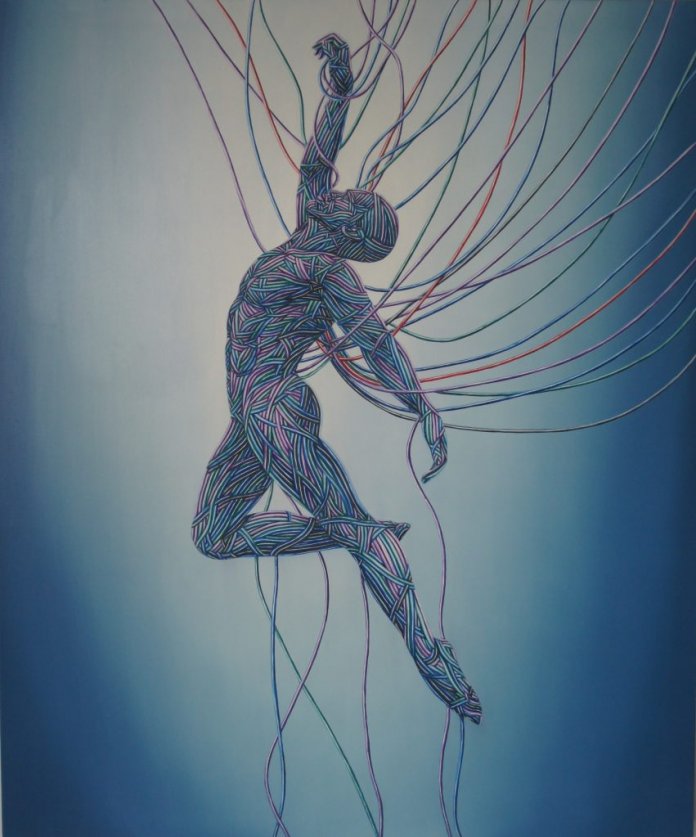 Stasis, a new group exhibition at the Temple Muse, Victoria Island has opened last Saturday in Lagos. Starting off with a press preview of works by three contemporary artists drawn from Nigeria and Cameroon namely Djakou Kassi Nathalie, Olawunmi Banjo and Kelechi Nwaneri, journalists in Lagos caught a first glimpse of their artistic interpretation of equilibrium and stagnation rendered in paintings, drawings and ceramics.

It was exciting to meet Nathalie, the classically-trained of the trio, who has a down-to-earth approach to her relatable artistry. Her works had been exhibited in Europe and the United States and now, is a member of the Society of Nigerian Artists (SNA).

“The clay talks to me,’’ she said as she walked us through the maze of assembled home décor to the walls where her works were lined. Inspired by nature, Nathalie seems to be appropriating the art forms to stop us in our tracks to look back at our history in order to chart the paths for the future. Her beautifully glazed and polished clay addressed a variety of themes of humanity. For instance, “Fossil’’ speaks of the futility of life and in the piece, “The Beauty of Imperfections,’’ she asks the viewer to embrace their physical flaws as they are part of the essence. She asked, “Why must we be so perfect?’’ and that is her reaction to the image that popular culture promotes. Celebrities are expected to be picture-perfect.

Her inclination towards environmental art is obvious in the series titled, “Reduce and Reuse’’ where she used the shrunken ceramics to lend her voice to the global campaign for recycling. With interest in African Literature, Nathalie sought to interrogate the life of an African in post-colonial heritage. Her inspiration for the piece, “Standing Alone’’ stems from what she had read in Chinua Achebe’s classic literature, Things Fall Apart especially with the fascinating character of Okonkwo. Collectively, her sculpted pots, bowls and plates are covered with symbols and masks inspired by African communal values and the tension that lies between modernity and tradition. Nathalie studied at the Institut Samba Superieur in Yaounde, Cameroon on a full scholarship. She also won the first Africa Prize at the International Fair of Ouagadougou (SIAO) in 2012 and eventually moved to Nigeria in 2015.

With Banjo, a self-trained artist, it is a giant leap from hyper-realistic style to portraits of lone figures, rendered in twisted, intertwined using wires and ropes.  Banjo said that this technique of wire painting is her way of exploring the different kinds of energy within a human being.

“There is a need to balance yourself in this world that we live in. So, the different colours reflect the different energies within us,’’ she said as her audience studied the acrobatic figures in her works which has a primarily blue colour palette. She is preoccupied with analyzing the effects of restrictive social norms, the need for validation and the intense pressure from technology on modern society. Her works include “Lifted.’’ Banjo is a fast-rising artist who made it to the finals at the 2017 Global Art Awards for Painting at the Armani Hotel in Dubai. Her works has been shown at international exhibitions in Europe and the United States.

The only male artist in the exhibition, Kelechi Nwaneri is a self-taught artist that makes every piece tell a story of a deeply emotional issue.

“These are issues that are too personal for me to confide in people. So, I put such issues into my art. I started painting in school when I was studying for a degree in Agricultural Extension at the University of Nigeria, Nsukka. I focus on my art of drawing and later, I veered into other areas. I wanted to create something different from the regular work. Hence, I tell stories about mental health and other psychological issues,’’ he said.

Through his multi-layered pieces that reflects a high-level of draftmanship, he explores African iconography such as uli, nsibidi, adinkra and adire symbols to express himself and his views on the on-going emotional and psychological wrestling that humans go through to achieve balance and self-awareness. In his piece titled, “Dilemma,’’ he touches on decision-making in two identical situations. Another intriguing find at the show is “Trinity’’ which addresses the mental health issue of multiple personality disorder. Kelechi distinguished his work with the use of animals to treat matters of humanity. “They are a part of us,’’ he explained as he led the journalists to another side of the exhibition wall.

In her remarks, the curator for Stasis and Founder, SMO Contemporary Art, Sandra Mbanefo Obiago made a comparative assessment of the offerings by the three artists.

In the same vein, the Director of Temple Muse, Avinash Wadwani described the show as “a platform for artists to tell their stories from a contemporary African viewpoint.’’ 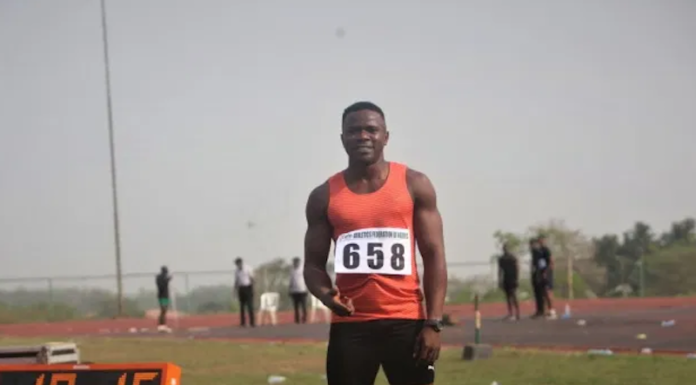