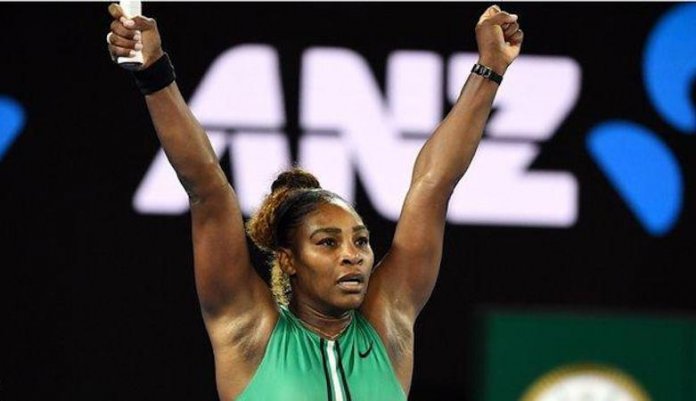 Serena Williams set up another chance to equal the all-time Grand Slam record with a dominant victory against Elina Svitolina to return to the US Open final.

The 37-year-old American defeated the Ukrainian fifth seed 6-3 6-1 on the Arthur Ashe Stadium to reach her fourth major final since the birth of her first child in September 2017.

Williams has lost her last three showpieces, including last year’s acrimonious defeat against Naomi Osaka, and will now once again aim to match Australian Margaret Court’s tally of 24 Grand Slams.

The six-time champion at Flushing Meadows will face Canadian teenager Bianca Andreescu in the final today.

“To be in yet another final, it seems honestly crazy,” said Williams. “But I don’t really expect too much less.

Williams arrived in New York arguably short of matches ahead of the last Grand Slam of the season after she withdrew from Cincinnati with a back injury, which had forced her to retire in the final of the Rogers Cup  against Andreescu.

But she has powered her way through the draw with relative ease, only losing one set along the way against 17-year-old American Caty McNally in the second round.

Williams, who had lost her previous meeting with Svitolina at the Rio Olympics in 2016, was forced to save three break points in the opening game.

The eighth seed then made the early breakthrough at the end of a Svitolina service game which included six deuces, before soon holding from 0-40 to move 4-1 ahead as the first set was wrapped up in 41 minutes.

Williams maintained her command with three consecutive breaks of serve in the second set, with a backhand winner closing out victory after just 70 minutes.

“The first games were long games,” said Williams. “I know how she can play; she’s such a good player.

“I just wanted to not get off to a slow start and just tried to hang in there.

“This is the biggest stadium for tennis on the whole planet. If you think about it that way it’s such an honour for me and my opponent to play here. I enjoy the opportunity to come out here and do my best.”

The second semi-final was a more compelling encounter as Andreescu became the first-ever Canadian singles player to reach a US Open final.

Andreescu, seeded 15th, saved all six break points she faced in a closely-fought opening set before winning it on a tiebreak.

Bencic, who reached the quarter-finals as a 17-year-old in 2014, responded positively to bring up a double break advantage in the second set.

But a battling Andreescu rallied to win the final five games of the match, breaking Bencic for the third time in the second set to secure a straight-sets victory on her third match point.

“If someone told me a year ago I’d be in the final this year I would have said you were crazy,” said Andreescu, who has not lost a completed match since March and has risen from 152 in the rankings at the start of the year to 15th.

“It’s just surreal. It’s a dream come true playing against Serena in the final of the US Open. It’s crazy.”