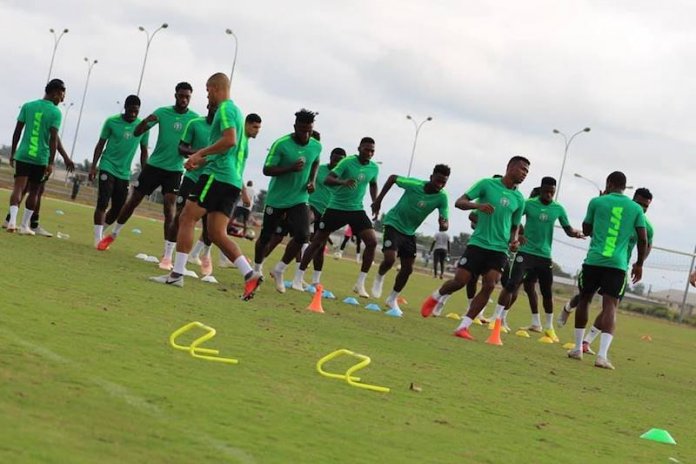 The Super Eagles are scheduled to take on Ukraine in an international friendly fixture at the Dnipro Arena on Tuesday.

Onyekuru became the latest player to withdraw from next week’s encounter after Wilfred Ndidi and Tyronne Ebuehi opted out in order to recover from their injuries, while Kenneth Omeruo continues to process his work permit in Spain.

The 22-year-old, who joined Monaco from Everton permanently this summer, cited his inability to secure a resident permit as the reason for withdrawal from the encounter.

“It is true that I won’t be available for the match against Ukraine next week due to resident permit,” Onyekuru told AOI Football.

“I only arrived here less than a month and I’m yet to get my resident card, so if I leave now I won’t be able to return and will then have to apply for another visa to fly back to France.”

Saudi Arabia-based Captain Ahmed Musa pulled out of the trip on Thursday night as a result of an injury that has failed to heal as quickly as he expected, adding to the earlier forced withdrawals of defenders Kenneth Omeruo and Tyronne Ebuehi, midfielder Wilfred Ndidi and Onyekuru.

It is the first outing for the three-time African champions since they finished third at the Africa Cup of Nations held in Egypt. The Dnipro Arena, which is home ground to top club, FC Dnipro, is a 31,000-capacity facility that was opened in September 2008 and situated in the city of Dnipro, the third-largest city in Ukraine after the capital city Kyiv and Kharkiv.

Ukraine is rated number 25 on the FIFA ranking while Nigeria is 33rd.

Meanwhile, Italian official Paolo Valeri has been appointed as referee for the international friendly between Ukraine and Nigeria at the Dnipro Arena.

Alessandro Costanzo and Stefano Alassio will join Valeri as the assistant referee, while the duties of the fourth official will be performed by Ukrainian Vitaliy Romanov.

Last season, Valeri officiated two games involving Udinese in which Super Eagles star William Troost-Ekong featured and the good news is that the Nigerian did not receive a booking in both matches.

The last time he refereed a game involving an African country was in 2016 when Congo DR were held to a 1-1 draw by Romania in a friendly.

Twenty-five Ukrainian players are preparing for the European Championship qualifier against Lithuania on September 7 and three days later they face Nigeria.