The Lagos State Governor, Mr Babajide Sanwo-Olu, yesterday disclosed that the state would be hiring trained teachers to strengthen quality education in its schools. The governor said his administration would spare no effort to expand quality teaching to pupils in all state-owned schools.

The revelation followed the governor’s directive to the Ministry of Education to recruit trained teaching personnel and provide vital resources that would strengthen quality education across government’s schools.

While the state government built the Maternal Centre, Tabernacle of David, Lagos Province 46 of the Redeemed Christian Church of God (RCCG) financed the construction of the school and the upgrade of Primary Health Centre as part of the church’s Corporate Social Responsibility (CSR).

Unveiling the school and the rehabilitated health centre, Sanwo-Olu said: “My administration is not going to walk away from its responsibility of catering for the educational needs of every child that is of school age. We will give our children the opportunity to attend quality schools that will not be too far away from them. This morning, I gave a directive to the Commissioner for Education that all schools owned by the state government be equipped with well-trained teachers that will help us to deliver quality training to our children in line with development agenda of my administration.

“The charge to the commissioner also involves the provision of basic resources that would strengthen our schools and empower them to deliver the desired results we envisage in education and manpower development.”

The governor said his administration would remain open to corporate organisations, non-governmental organisations (NGO) and religious institutions for partnership that would be beneficial to all residents of the state.

He reiterated that the government under his leadership would not shirk its responsibility in providing necessary amenities to the citizens.

Sanwo-Olu praised RCCG for the intervention, which he described as a “progressive doctrine” from a religious institution.

The governor urged other religious bodies to take a cue from the RCCG’s intervention, stressing that government would make greater impacts with collaborations.

The Assistant Pastor in charge of Province 46 of the RCCG, Kayode Pitan, noted that the decision to embark on the projects was in response to dearth of basic education and healthcare facilities in the area.

He disclosed that the two projects gulped N180 million, pointing out that school, which has 12 blocks of classroom, was completed with N130 million; the church spent N50 million to rehabilitate and upgrade the services of the Primary Health Centre.

The formal opening of the Eti-Osa Maternal and Child Centre, the eighth of its kind in the state, was replete with fanfare, as residents trooped out of their residents to welcome the governor and members of his cabinet to the occasion.

Sanwo-Olu said the provision of the secondary health facility in Eti-Osa axis would reduce pressure on the Lagos Island General Hospital and save expectant mothers living in Ajah axis of the pain to travel a long distance for antenatal and post-natal care.

The governor granted residents’ demand requesting the state government to build a General Hospital to complement the services of the maternity home, promising that the facility would be built close to the maternity home for efficient healthcare delivery.

The Commissioner for Health, Prof. Akin Abayomi, observed that the completion of the eighth maternity centre would help the state to change unfavourable narrative, which stated that Lagos loses 45 of the 1,000 live births yearly. The facility, he said, would help the State achieve marginal progress in its drive to improve infant and maternal healthcare.

Wife of the Governor, Dr. Ibijoke Sanwo-Olu, said: “This three-storey 110-bed healthcare facility will, no doubt, go a long way in bringing about considerable improvement in the maternal and child health indices of Lagos State. It is gratifying that it has been equipped with state-of-the-art facilities to ensure top class health services for users.” 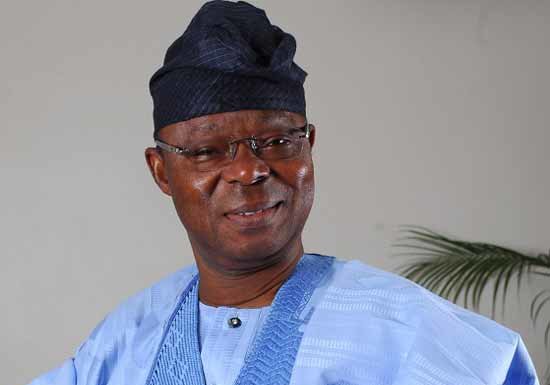