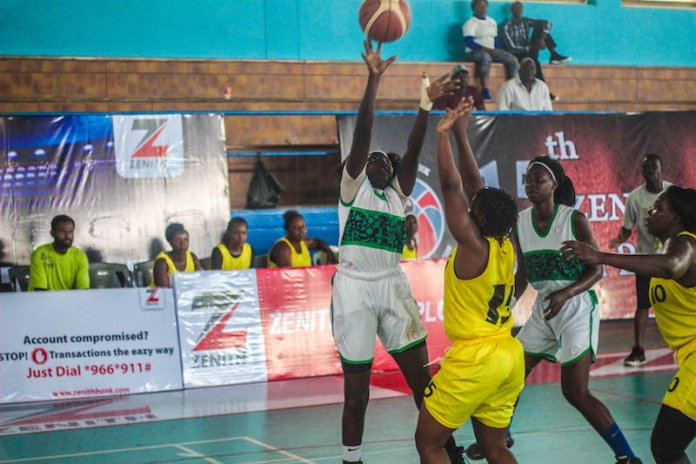 Three teams will be looking at maintaining their respecting winning runs when the Zenith Bank Women’s Basketball League resumes on Saturday.

The teams are First Bank, Customs and MFM. They enjoyed an unbeaten run in the first phase of the league which ended shortly before the start of the Afrobasket Championship.

And so, lovers of the game are in for another exciting round of amazing basketball action in continuation of the 2019 Zenith Bank Women’s League taking place in 4 different venues from Saturday September 7, 2019.

The apex women’s basketball league which uniquely has been divided into four conferences will see 27 teams battling for a place in the Conference finals.

In the North Central Conference, unbeaten Nigerian Customs women with 7 wins so far this season will hope to surmount the onslaught of Air Warriors and Plateau Rocks who are second and third on the table with 6 and 5 wins respectively.

8 teams will be competing in the North West Conference holding at the Indoor Sports Hall of the Ahmadu Bello University, Zaria.

The Liberty Stadium Ibadan Centre will have fierce rivalry with Dolphins of Lagos and First Bank Women’s Basketball Club who are the defending league champions slugging it out against Ogun Babes and Oluyole Babes.