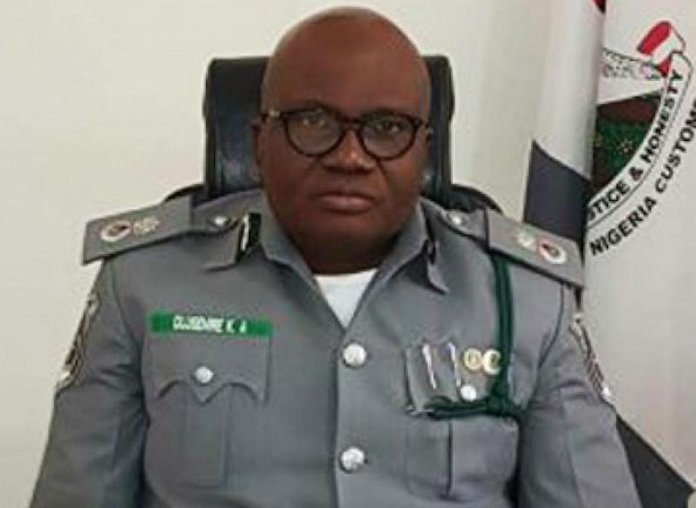 Eromosele Abiodun
The Customs Area Controller, Federal Operations Unit Zone ‘C’ Owerri, Nigeria Customs Service (NCS) Comptroller Olusemire Kayode, has advised Nigerians to acquaint themselves with the country’s import and export prohibition list to avoid running against the law.
Kayode, who made this known during a press briefing in Benin City, Edo State, said the service was not against legal trade or business, but was against illegal importation and smuggling.

He disclosed that the unit has made various seizures with cumulative duty paid value of N501, 650,025 from July 2019 till date.
While responding to complaints and public outcry against constant seizures by the unit, he urged importers to confirm the status of any import or export they are to embark on, saying smugglers were losing millions of naira and forfeiting a lot of money to the federal government.

Conducting newsmen round the warehouse where the seizures were displayed, he said rice still tops the list of items seized by the unit with a record of 3433 bags of foreign rice seized from July till date.
“This was followed by others like medicament, cars, second hand clothing, and used tyres amongst others.

“We have over 3433 bags of 50 kg foreign rice that was intercepted. Government has said a lot on importation of rice into the nation. “Overtures have been made and incentives have been put in place to stop the nefarious activity of rice smuggling which directly impacts on the economy of the country. Despite all these we still discover that people are not ready to key in to government’s programme.

“Go over there you will see rice, you will see medicament, you will see used tires, you will see bales of second hand clothing. These are items that we believe that by now with all the efforts being made by government it ought to have stopped but people are still going about bringing them in.

“It is quite unfortunate for them because no matter the way you come in we are there to nip their activities in the bud; anywhere you pass through we will catch you no matter how clandestine we will get them.

“This one is a Dangote vehicle carrying rice at the back concealed with cement. Anybody that sees it will think that it is conveying cement while it is not so. “About two months ago we showed you the silos that were carrying rice and the tanks that were concealing rice. This has not deterred us; we are always ready and prepared to thwart their antics,” he affirmed.

He advised rice smugglers to desist from smuggling and look into local production of rice to boost food sufficiency in the country.
“If you pass through Ondo state, through Ifon Sabe our patrol team are there. If you come out through Mfum and try to come out to anywhere we are there.

“Ikot Ekpene, Sapele just try it we are there. We are moving round the zone and making people to know that this business is no more a viable business. Nigeria is aiming at food sufficiency. We have rice in abundance and we have arable land for planting rice in Nigeria. Everywhere is green so why are we in the habit of bringing in what they say we should not bring in, ”he queried.

He disclosed that seven suspects were arrested in connection with the rice.
Kayode while displaying a truckload of medicaments with no NAFDAC registration number or generic name condemned such importations describing as being harmful to the health and wellbeing of Nigerians.

“Here we have a truckload of medicaments. The Service has destroyed 49 trucks of medicaments weeks ago but despite that fact people are still going about doing the same business. These are medicaments to be sold to innocent citizens without NAFDAC number neither does it have a generic name known to anybody. Can’t we just change our means of livelihood? If you know this is not good for the people why do you go about bringing it in?” he asked calling on smugglers to turn a new leaf.

“We have rice here concealed with all these electronics. When you see it on the road you will think they are carrying something else. Some transport companies are in the business of conveying contraband goods so my appeal to anybody is that if you are transporting your consignment please be sure of the transport company you are using to transport your goods.”
Displaying the vehicles intercepted in Benin axis he said, “we are having 16 of these beautiful vehicles seized from July to date.” 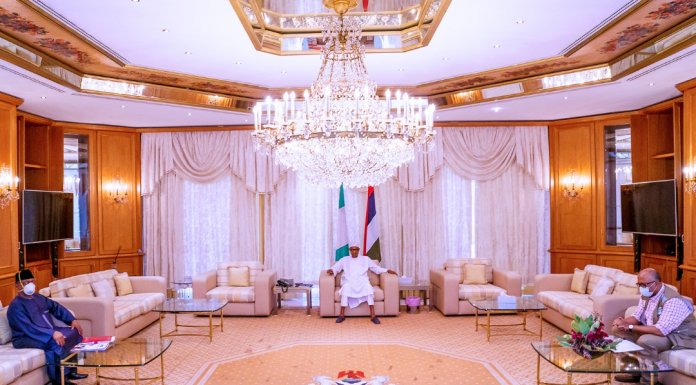 Six to Die by Hanging in Ekiti for Murder