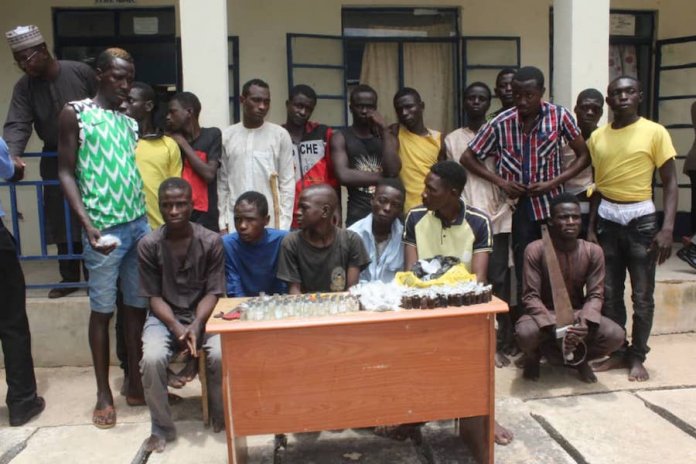 The Katsina State Police Command has said it has repelled a fresh onslaught launched by bandits on Tashar Kadanya village in Batsari Local Government Area of Katsina State.

The spokesman of the command, SP Gambo Isah, in a statement issued on Tuesday said no life was lost during the gun duel that forced the miscreants “out of the village”.

He said: “On 2/09/2019 at about 03:00hrs, bandits in their numbers attacked Tashar Kadanya village, Batsari LGA of Katsina State, DPO Batsari led Operation Puff Adder to the scene and arrived timely.

“They engaged the hoodlums in a gun duel and chased them out of the village. Ten rustled cows were recovered from the bandits.

“No injury or loss of life. The community is safe. Patrols around other villages is vigorously intensified to proactively prevent any untoward situation.”

In a related development, the command has paraded 18 persons suspected to be notorious miscreants (Kauraye) terrorising Katsina metropolitan areas.

The suspects, according to Isah, were apprehended in various flash points, black pots and criminal hideouts in the city during series of sting operations by the officers of the command.

“Exhibits recovered from the suspects include 57 wraps of dried leaves suspected to be Indian hemp, 250 bottles of spirit solution, 25 pieces of rubber solution, one hacksaw (fate-fate), criminal charms and one long wooden stick (gora),” he said.